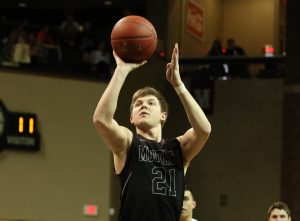 The future looks bright for Trystan Cummins and the Morningside College men's basketball team. The fifth-ranked Mustangs completed their season on Saturday with an 86-68 loss to No. 4 Indiana Wesleyan in the quarterfinals of the NAIA Division II National Championship in Sioux Falls, S.D. They finished with a 28-7 record. The entire Morningside roster … END_OF_DOCUMENT_TOKEN_TO_BE_REPLACED