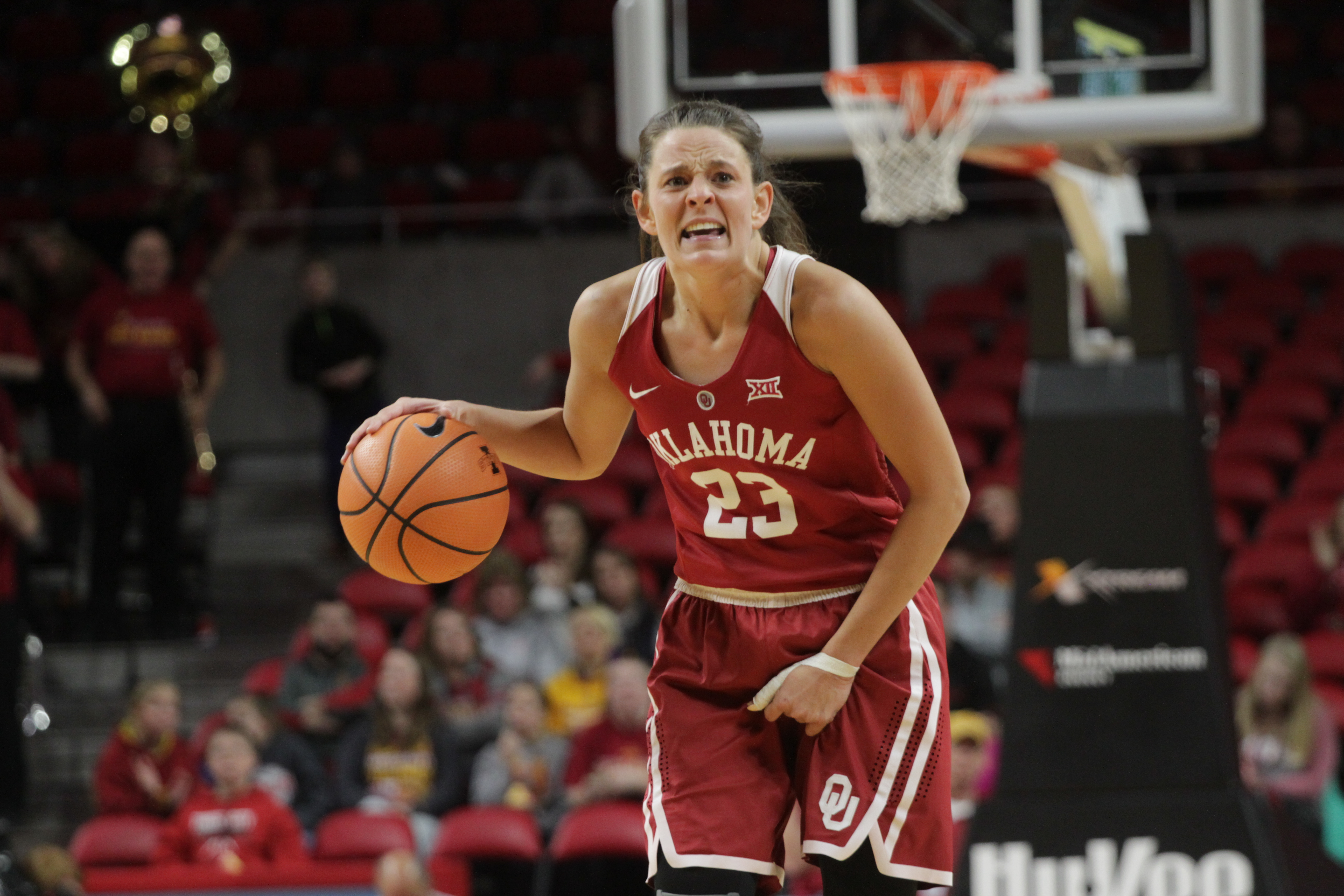 Maddie Manning doesn’t have to be an Oklahoma native to get fired up for the Bedlam rivalry.

The former Ankeny star scored a career-high 25 points on Sunday, but it wasn’t enough as Oklahoma dropped a 96-82 decision to host Oklahoma State in the first Bedlam game of the season. The rematch will be on Jan. 20 in Norman.

Manning, a graduate student guard, went 11-of-19 from the field, including 2-of-5 from 3-point range. She also grabbed a team-high eight rebounds and dished out two assists in 38 minutes of action.

Manning had nine points in the first quarter as Oklahoma took a 26-22 lead. But the Sooners were then held to a season-low four points in the second quarter, going scoreless for the final 6:21 of the first half.

That allowed Oklahoma State to finish the second quarter on a 16-0 run, giving the Cowgirls a 44-30 lead at halftime. Oklahoma was unable to cut its deficit to single digits in the second half.

The Sooners are now 2-2 in the Big 12 Conference and 7-8 overall. They have qualified for 18 consecutive NCAA Tournament appearances, the fifth-best active streak in Division I.