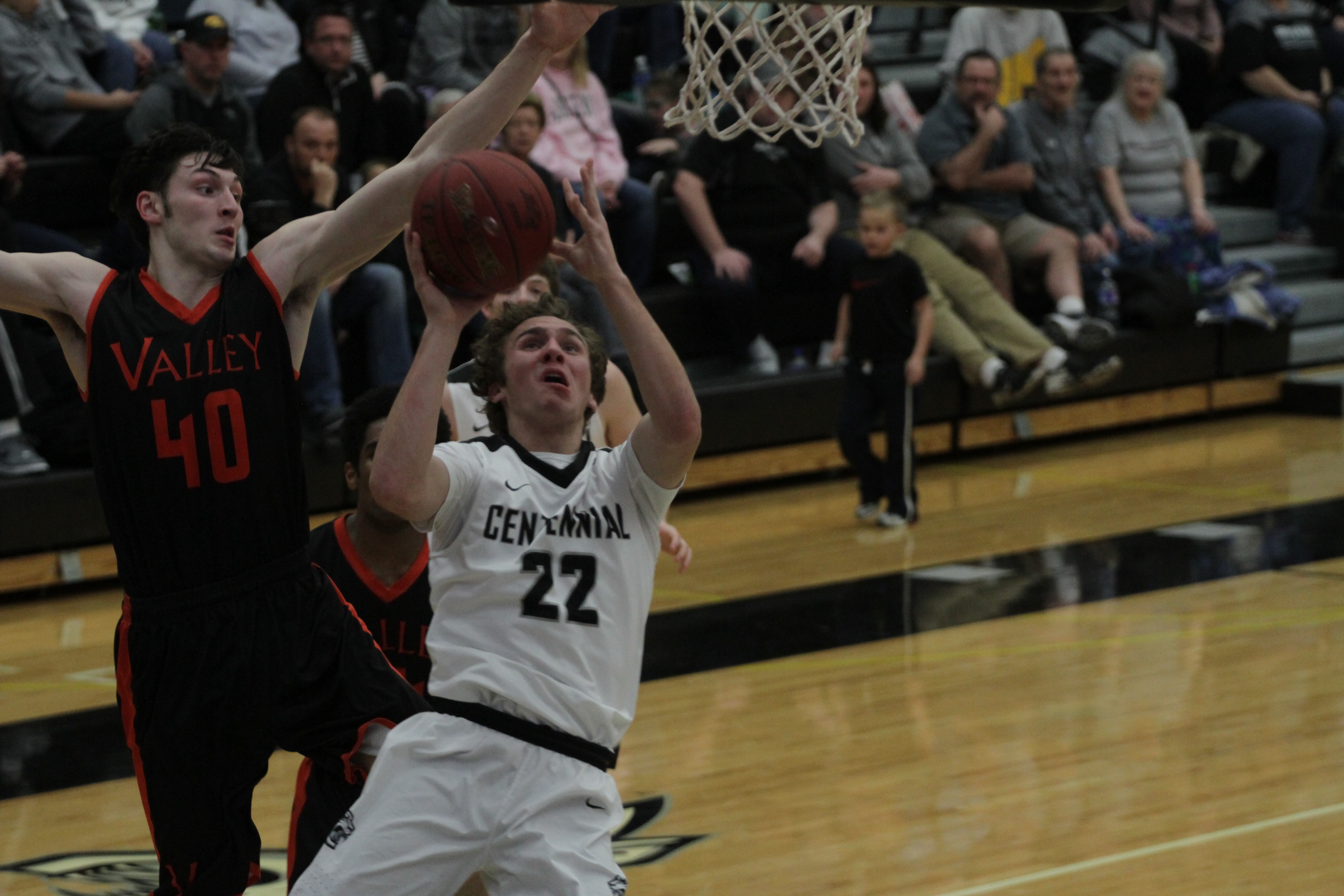 Trayvon Williams showed why he was the Class 4A runner-up in the high jump last spring.

The Valley junior leaped high to block a potential game-winning shot by Hunter Strait in the final seconds of Friday’s boys’ basketball game at Ankeny Centennial, allowing the Tigers to escape with a 43-41 victory.

“Their length and athleticism gave us some problems,” said Centennial coach Bob Fontana. “They’re very, very talented, and this was Valley’s eighth game that has gone down to the last possession. Unfortunately, two of the wins out of those eight were against us, and they’ve lost four or five of them.”

Valley, which also posted a 49-46 victory over the Jaguars on Dec. 15, held on to win Friday after nearly blowing a nine-point lead in the fourth quarter. Strait converted a 3-point play with 1 minute 32 seconds left to cut the lead to 39-38, then later made a 3-point goal for the game’s final points with 24 seconds to go.

After Centennial forced a turnover and called its final timeout with 17 seconds left, the Jaguars got the ball to Strait at the top of the key. He dribbled to his left and tried to get off a 3-pointer, but Williams deflected the shot and teammate Blake Brinkmeyer grabbed the ball and was fouled with 2.6 seconds remaining.

“We ran initially what we were trying to run, because we wanted to take the last shot,” Fontana said. “But we did not do the best job of reading the situation. There were a couple of other options (on the play), and we didn’t get the ball to those other options.”

Brinkmeyer missed the ensuing free throw, but the Jaguars only had enough time left to get off a desperation shot. Strait heaved the ball from about 65 feet away, and it bounced off the backboard as time expired.

The loss, coupled with Waukee’s win at Ames, dropped Centennial into a first-place tie in the CIML Central Conference. The Jaguars are now 5-2 in the league and 9-4 overall, while Valley improved to 4-3 and 7-7 while keeping its title hopes alive.

The Tigers had lost five of their last six games, including an 84-81 overtime decision to Des Moines North on Tuesday. They ended Centennial’s six-game winning streak.

“(The last possession) is not what cost us the game,” Fontana said. “We got outrebounded by eight, and we only shot 25 percent in the first half. I thought we left eight points on the floor by missing four point-blank layups. And we missed some open shots, too.”

Centennial made just 14-of-44 shots from the field. The Jaguars were 5-for-20 from behind the arc.

Strait had 13 points and six rebounds in the loss, while Jackson Brannan and Micah Johnson each added nine points and four rebounds. Brannan had a trio of 3-pointers, including one midway through the fourth quarter that ignited Centennial’s rally from a 37-28 deficit.

Junior Derek Emelifeonwu led Valley with 14 points. The Australian joined the Tigers’ lineup this week after becoming eligible to play for the second semester.

“He gives them an added dimension,” Fontana said. “They were already a good team, but now they’re even better.”