You are here: Home / Top Sports Stories / Yori returns to Creighton as Program Advisor, but has no plans to coach again 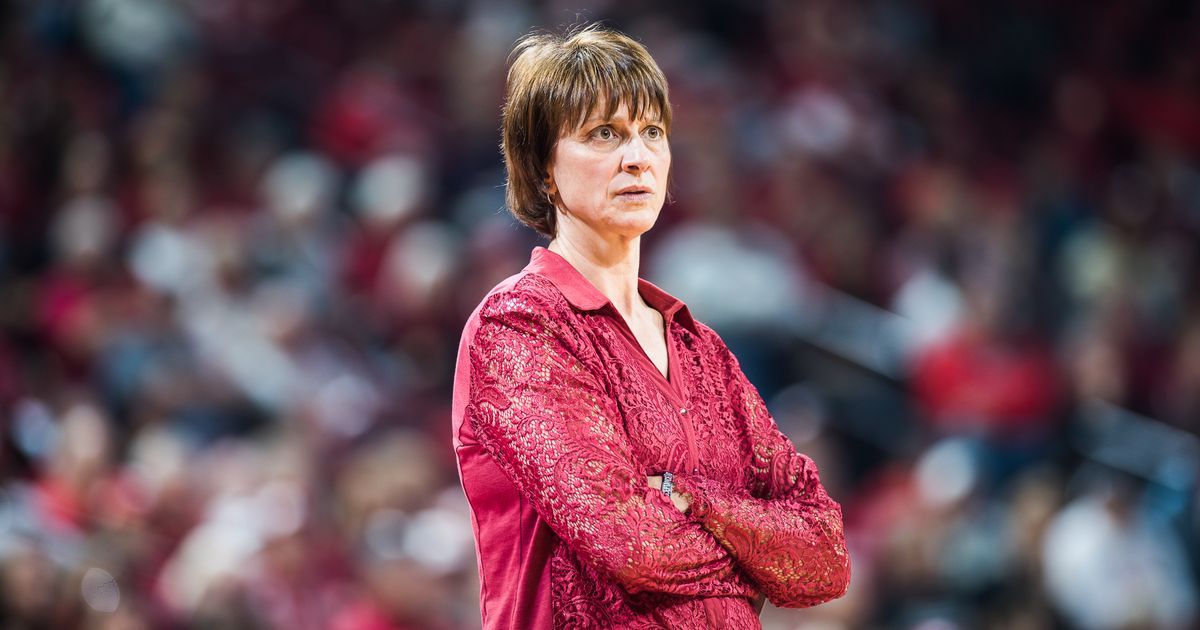 Even though Connie Yori has returned to the collegiate coaching ranks, the Ankeny legend has no plans to become a head coach again at the Division I level.

“I have no interest in coaching anymore. I am not seeking to get back in it,” said Yori, who answered some questions about her future and her past during a press conference on Wednesday in Omaha, where she was introduced as Program Advisor for the Creighton women’s basketball team. “I really like the opportunity to be involved, but not have the time commitment that I once did.”

Yori spent 17 years at Creighton as a player, assistant coach and head coach. She graduated in 1986 as Creighton’s leading scorer with 2,010 points, a number that still ranks third all-time.

Yori, who was inducted into Creighton’s Hall of Fame in 1992, coached the Bluejays from 1992-2002. She then left to become the head coach at Nebraska, where she was named the National Coach of the Year in 2010 after guiding the Cornhuskers to a 29-0 record in the regular season.

Yori has been out of coaching since 2016, when she abruptly left Nebraska under a cloud of controversy. The Lincoln Journal-Star reported that Yori’s resignation followed a two-month investigation by the Nebraska athletic department into allegations that she mistreated players.

Yori was also going through a divorce at the time.

“I believe things happen for a reason,” Yori said. “The last 22 months have been an absolute God-send for me because I’ve had time to spend with my son Lucas that in a way I hadn’t had as much, and I had ailing parents who went into assisted living about the time that I left Nebraska.”

Yori also revealed that it was her decision to leave Nebraska. She was not forced out by then-athletic director Shawn Eichorst.

“I had the choice to stay, and I chose to leave–largely because I wanted that family time,” Yori said. “Most of the things that have been said and written about me are just not true, and they’re inaccurate. I do want you to know that. That’s just not the way it went down. Like I said, I left for family reasons. People didn’t want to believe that, but that’s why it happened.”

Now, Yori has been reunited with Creighton head coach Jim Flanery, who previously served as her assistant with the Bluejays. He took over the program when Yori departed for Lincoln 16 years ago.

“We’re thrilled with the idea that Connie has chosen to come back here and help us,” Flanery said. “We had kept in contact over the last 20 months or so, and it kind of evolved from that contact. We’re excited that we have this opportunity.”

Yori said she was perfectly happy being a stay-at-home parent. However, she told Flanery last fall that she’d like to come watch practice sometime.

“It just kind of fell into place. He called me a couple of months later to see if I’d be interested,” she said. “Things have normalized a little bit for my family. I talked to some important people in my life and they said, ‘You better do this.'”

Yori will work with the Creighton staff to create and develop game strategy, scout the Bluejays’ opponents and help with on-campus recruiting.

“It’s clearly a minor role,” Yori said. “I just want to help however I can.”