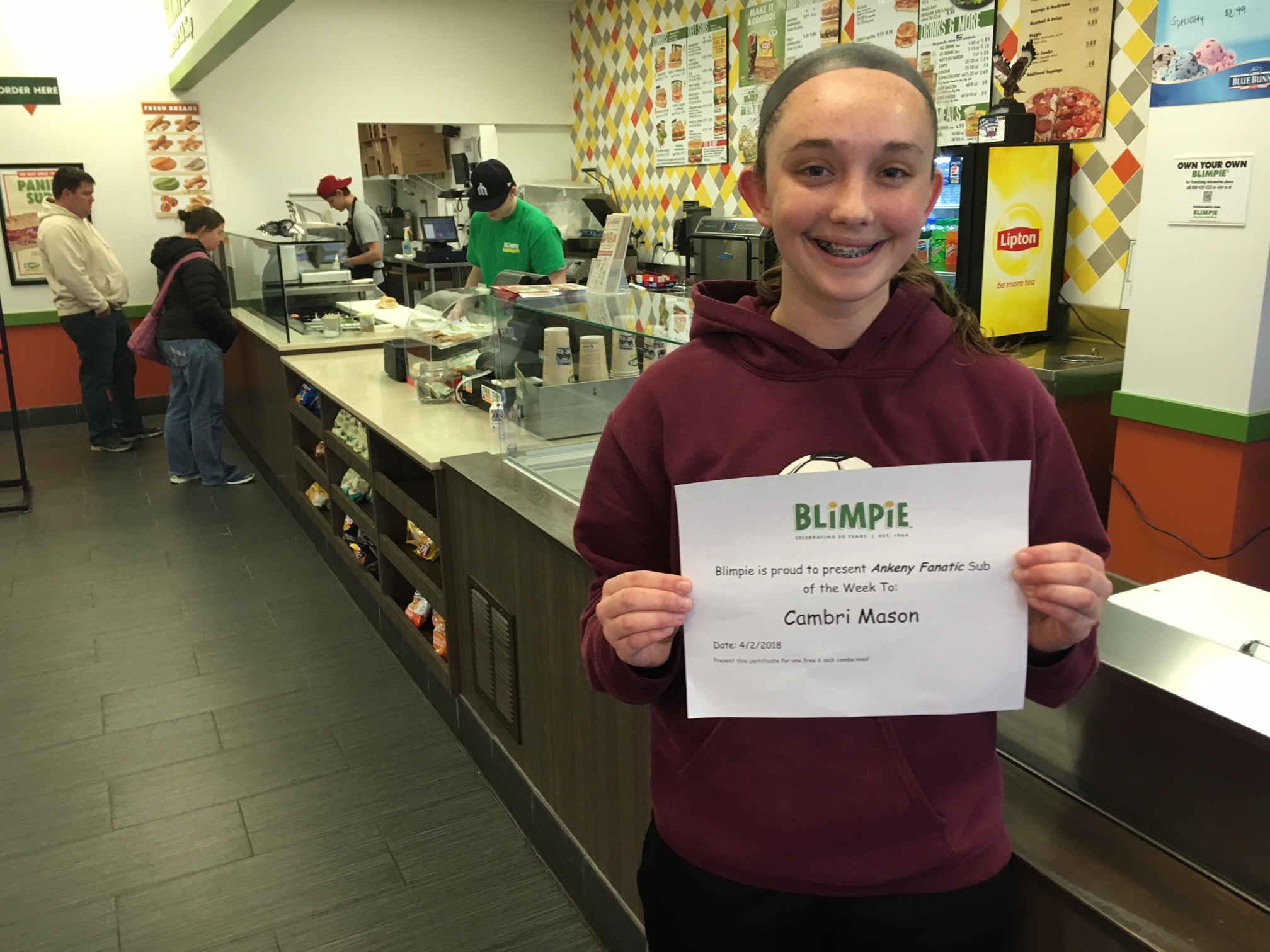 Cambri Mason of the Ankeny girls’ soccer team is the Ankeny Fanatic Sub of the Week sponsored by Blimpie.

The junior midfielder, who is currently home-schooled, is a two-year letterwinner for the Hawkettes. She also plays basketball for Ankeny Christian Academy.

“After not being initially elected to the varsity team after player placements her freshmen year, Cambri was suddenly called up to the varsity team just a few weeks later in the season due to player injuries,” said Ankeny coach Dan Bertsch. “She had a phenomenal game against Southeast Polk that day and helped solidify her role with the Hawkette varsity program. She hasn’t looked back since then and has contributed valuable minutes throughout her last two seasons and helped anchor a young defense to a state (tournament) berth last season.”