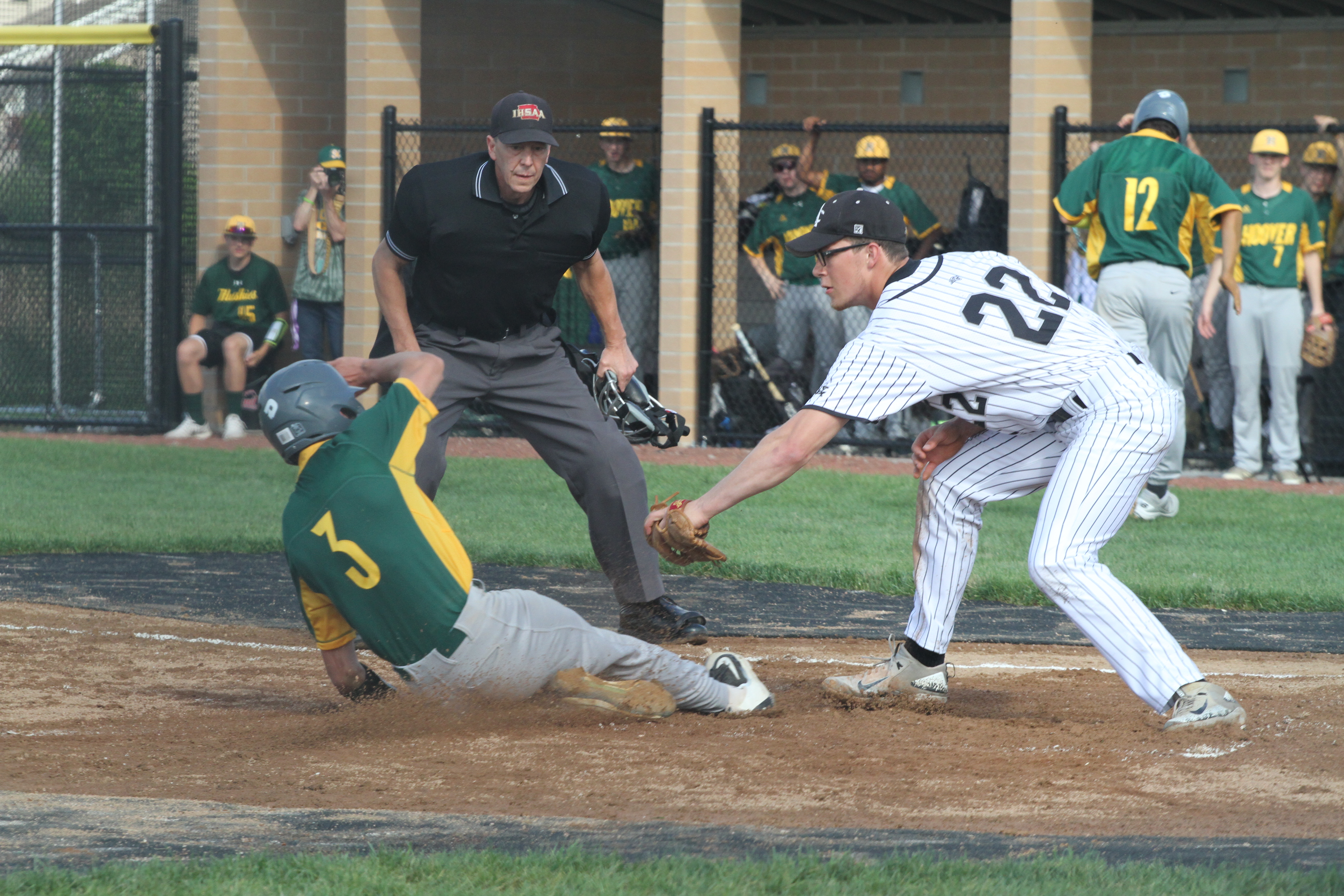 The opening of Ankeny Centennial’s new baseball and softball complex was a smashing success.

The Jaguars began the 2018 season on Monday by hosting doubleheaders against Des Moines Hoover on both fields. They ended up sweeping both twinbills.

“It was a nice way to open the new fields and the season,” said Centennial baseball coach Mark Hey, whose team posted a 14-1 victory in five innings before completing a sweep with a 3-2 victory in the nightcap.

On the softball field, Centennial posted a 2-1 win in eight innings in the opener. The Jaguars then won the second game, 2-0, to provide a promising start for new head coach Randy Schneider.

“It was a good night,” Schneider said. “We didn’t hit the ball real well, but I kind of expected that. We’ve been putting a lot of effort toward our defense, and I thought our pitchers were really good. I don’t think they gave up an earned run in 15 innings of pitching.”

Noah Stober had a big night for the Centennial baseball team. He doubled and had three RBIs in the first game, then tripled in the sixth inning of the nightcap and scored the go-ahead run on a single by Kaden Bollwinkel.

Stober also earned the victory on the mound in the opener. He allowed one run on two hits and had three strikeouts over the first three innings.

“Noah played an outstanding doubleheader,” Hey said. “He’s an aggressive hitter and an aggressive base runner. I thought he pitched very well and made some plays in the field.”

The Jaguars erupted for six runs in the first inning and eight more in the second, despite getting just five hits. They took advantage of six walks and some errors by the Huskies.

“Our hitters stayed with their game plan and took the walks, and then we got some very timely hits,” Hey said.

Cory Prange and Keaton Gray each walked twice and scored a pair of runs. Luke Loney had three RBIs for the Jaguars.

Prange then went 2-for-4 in the nightcap, while Bollwinkel went 2-for-3. Derek Boike doubled and knocked in a run.

“I think every kid that threw for us threw the ball very well in both games,” Hey said. “We were very happy with our pitching.”

Schneider was also pleased with the performance of his pitchers. Haley Gatica pitched three innings of relief to earn the win in the opener, then tossed a two-hitter in the second game.

Kayla Stone started the first game and allowed four hits over the first five innings. She had three strikeouts.

“Kayla did a fantastic job. I was really proud of her,” Schneider said. “She kept us in the game, then Haley came in and did a great job. She got some big strikeouts to close out the game, then in the second game she had eight or nine strikeouts. She just cruised and kept kids off base.”

The first game went to extra innings, which put the international rule into effect. After Hoover scored a run in the top of the eighth, Centennial answered with two runs in the bottom of the frame.

“There was a passed ball, and then the Hoover catcher overthrew the ball to the pitcher and we scored and that’s how the game ended,” Schneider said.

Lauren Birt and Ella Schulz each had two hits in the win. Taylor Runchey scored a run and drove in another.

In the nightcap, Runchey and Birt each scored a run in the sixth inning to break a 0-0 tie.

“Hoover has a nice little team,” Schneider said. “Their pitchers are very good, and I think they’ll win some games this year.”