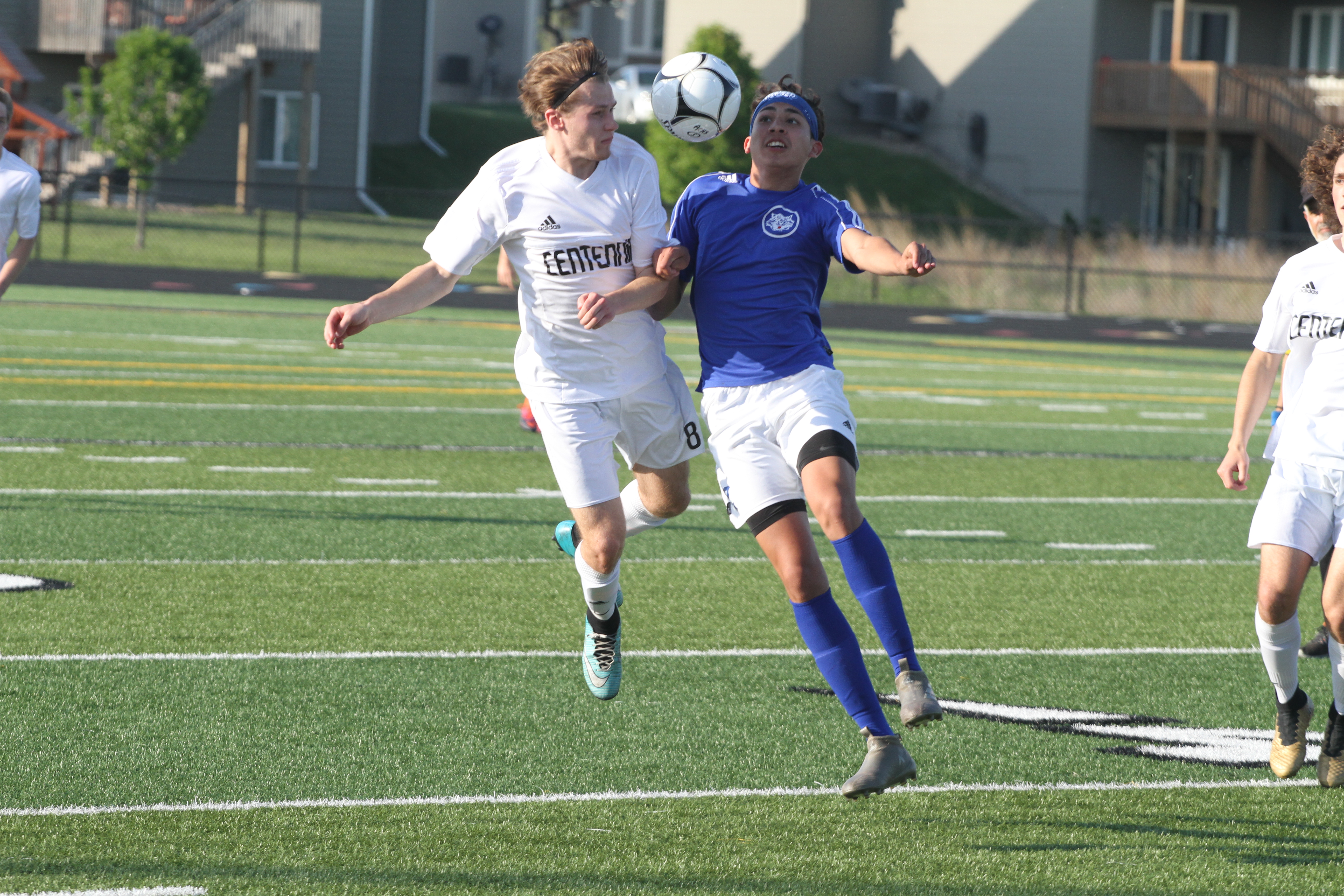 A solid first half turned out to be just enough on Wednesday for the Ankeny Centennial boys’ soccer team to keep its season alive.

The eighth-ranked Jaguars built a 2-0 halftime lead against visiting Marshalltown in a Class 3A substate semifinal, then held off the Bobcats in the second half to post a 2-1 victory that was too close for comfort.

“The focus going into this game was outworking your opponent,” said Centennial coach Brian Duax. “We did that the first half and didn’t in the second. It’s as simple as that.”

Marshalltown (9-7) scored a goal early in the second half after a scrum in the box. The Jaguars (14-4) lost their momentum as well as their margin for error with 34 minutes remaining.

“We had a good first half, but the second half we definitely…we don’t want to see a game that close when we could have buried them earlier,” said Centennial senior Alex Keninger, who scored both of the Jaguars’ goals.

The Bobcats threatened to tie the game in the final minute during another scrum in the box. One of their shots deflected off the post.

“They were a good team, and they battled hard,” Duax said. “I thought at the last second there, we were going to be tied 2-2 and going to OT. They had their chances.”

The Bobcats ended the regular season on a three-game losing streak, but then posted a 1-0 victory over No. 12 Ames in a substate quarterfinal on Monday. The Little Cyclones had defeated Centennial, 3-1, on May 8.

“We had been preparing for Ames, and we went to watch the Ames vs. Marshalltown game,” Keninger said. “Marshalltown won, so you just have to change the way you play.”

Duax said the Bobcats play a much different style of soccer than Ames, which forced his team to make some quick adjustments.

“I didn’t think Marshalltown would beat Ames, but kudos to them,” Duax said. “They went out and won the game.”

The Jaguars took the lead barely 2 minutes into the contest. Will Overberg took a long pass down the left side, then crossed the ball to Keninger for the finish.

In the 31st minute, those two players again teamed up for a goal. Overberg lofted a high pass to Keninger, who then found the net for his 12th goal of the season.

“I just want to see if I can get more as we keep going,” Keninger said. “Being my senior year, any of these games could be my last game. I just want to keep moving forward.”

Overberg, a junior, now has 15 assists to go with his team-leading 15 goals.

“He had some great assists,” Keninger said. “I love being on the end of his (passes).”

Centennial will now host Des Moines Lincoln in the substate final on Saturday, beginning at 11 a.m. The Railsplitters (12-4) advanced with a 4-1 victory over Urbandale on Wednesday.

The Jaguars won an earlier matchup against Lincoln, 2-1, on April 10 at Cownie Park. But the Railsplitters have reeled off 10 straight wins in the last month since the return of some ineligible players.

“Lincoln will be a tough test, but they’ve got to come here early in the morning and we’ll see what happens,” Duax said.

Overberg had a goal and an assist in the earlier meeting. Michael Brandt had the Jaguars’ other goal.

“They’ve been playing really well,” Keninger said of the Railsplitters. “We’ll just have to do some research, see how they’re playing and play our best game.”