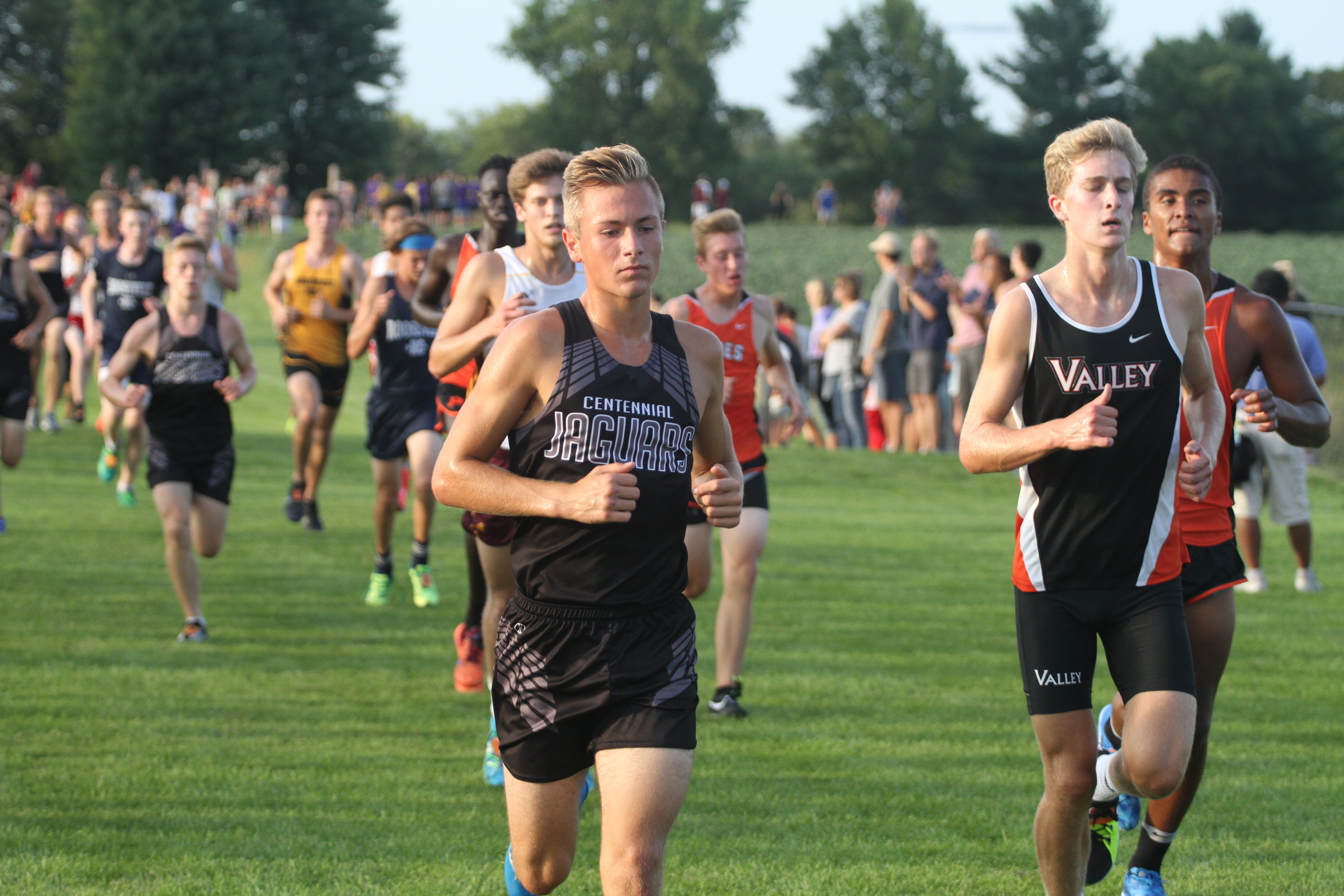 Gabriel Vicker and the Ankeny Centennial boys’ cross country team turned in another strong performance in the Tom Karpan Invitational on Tuesday.

The Jaguars placed second among 17 teams in the boys’ division. They finished fourth in the 13-team field in the girls’ division.

“In the end, the meet placed according to form,” said Centennial girls’ coach Eric Cogdill. “We finished behind three teams ranked ahead of us and protected our place against some unranked 4A schools and some quality 3A schools.”

Vicker earned his third victory in four meets this season, winning the boys’ race in a time of 16 minutes 45 seconds. Drake Hanson of Southeast Polk was the runner-up in 16:54.

Ninth-ranked Valley won the boys’ team title with 51 points. No. 8 Centennial was second with 83, edging No. 13 Ames by one point.

Cogdill said the race did not go according to plan for the Jaguars.

“Our JV girls lit up the course, and typically when that happens the varsity follows suit,” he said. “Instead, I think I got the girls overconfident before the race, citing the previous fact. We were in trouble from the beginning as opposing teams blew us away off the start line. We didn’t recover on the narrow, crowded course and our top girl was in roughly 40th place at the half-mile (mark). The girls pressed hard through the next mile to try to make up for lost ground and improved some, but it made for a challenging race as their racing plan fell apart.”

Camille Jackson of Ames won the girls’ race in 19:47. She finished 38 seconds ahead of runner-up Helen Gould of Valley.

“The girls took some lessons from the race, which include maintaining positive mindset and listening to internal feedback more than the external feedback that opponents can create,” Cogdill said.

The Jaguars won the girls’ JV division with 30 points. Jennifer Jordan won the race in 22:21, finishing 14 seconds ahead of teammate Sara Camargo.