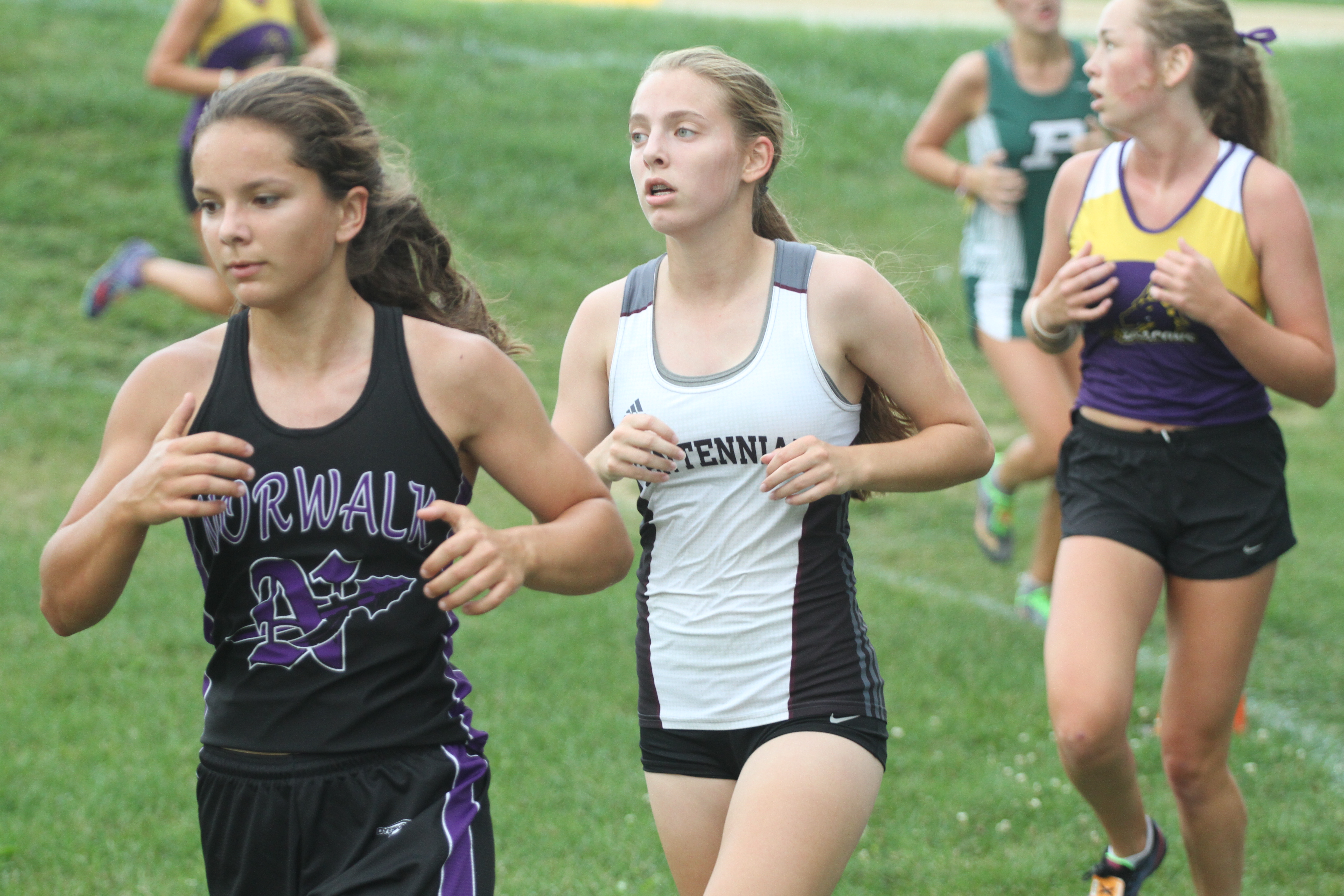 The Ankeny Centennial boys’ and girls’ cross country teams both posted victories on Thursday at the Indianola Invitational, but the wins came in drastically different fashion.

While Centennial easily captured the boys’ team title by 16 points, the Jaguars squeaked out a one-point victory in the girls’ division to win the meet for the third time in four years. Both squads overcame hot and windy conditions that proved to be extremely challenging.

“It took every girl on the team to help lift us to the win,” said Centennial girls’ coach Eric Cogdill. “This included the JV girls criss-crossing the course to support the varsity after having already raced, the girls who couldn’t race helping pass out water and giving out splits at the 1-mile and 2-mile marks, and the racers themselves. That one point can fall many different ways and credit goes to the teammates and the racers.”

The 11th-ranked Centennial girls’ team finished with 61 points. No. 12 Urbandale was second in the 12-team field with 62.

The No. 12 Centennial boys’ squad placed six runners in the top 20 and finished with 55 points. Carlisle, the No. 3 team in Class 3A, took second among the 14 teams with 71 points.

“The conditions were pretty tough,” said Centennial senior Jonah Vicker. “I saw that at one point it was 90 degrees with a heat index higher than that and wind gusts of 20-plus miles per hour. On top of that, it was a little hilly. We just had to stay focused and make the best of what we had.”

Vicker and his brother, Gabriel, led the way for the Jaguars. Gabriel placed third in the 5k race at Pickard Park with a time of 16 minutes 50 seconds, while Jonah finished fourth in 16:51.

“It was a great night for us. Again, we are trying to improve as a team and we did,” said Centennial boys’ coach Chad Fickbohm. “The Vickers both had great races. We planned to go out conservative because of the heat and Gabe was also not feeling 100 percent, but those two worked well together up front.”

“The rest of our pack had the same plan–they were focused on the second half of the race, and they all finished strong,” Fickbohm said. “Running together made them stay focused and keep pushing all the way to the end.”

Urbandale’s Payton Marrs won the boys’ race in 16:41. Southeast Polk’s Drake Hanson posted a time of 16:49 to edge the Vicker brothers for second place, but the Jaguars’ depth proved to be the difference.

“We were pretty confident we could win, especially when we heard how many teams were running their JV for varsity,” Jonah Vicker said. “It definitely feels good to get just our second win in school history!”

It marked the second time that both Centennial teams won the same meet. They also swept the Knoxville Invitational in 2015.

The Jaguars relied on their depth in the girls’ race as well. They placed all seven runners in the top 22.

“Under the conditions we faced, I admire the courage and determination of every one of the athletes who started the race,” Cogdill said. “And I also applaud the girls who recognized before the race that they would better help the team by being support crew instead of toeing the line.”

Jeanne Peters placed sixth in 21:19 to lead the Jaguars. She was in 27th place at the half-mile, then gradually moved up throughout the race.

“Those 2 seconds go the other way, and Urbandale wins by three points,” Cogdill said.

“While Grace doesn’t score for us, she did add one point to Urbandale’s total,” Cogdill said.

All of the Centennial girls started out conservatively before finishing strong.

“The girls took a heat-conscious game plan and executed it to perfection,” Cogdill said. “After 20 percent of the race, our team score was 186 points and we ended up with 61. Along the way, our girls passed 174 runners.”