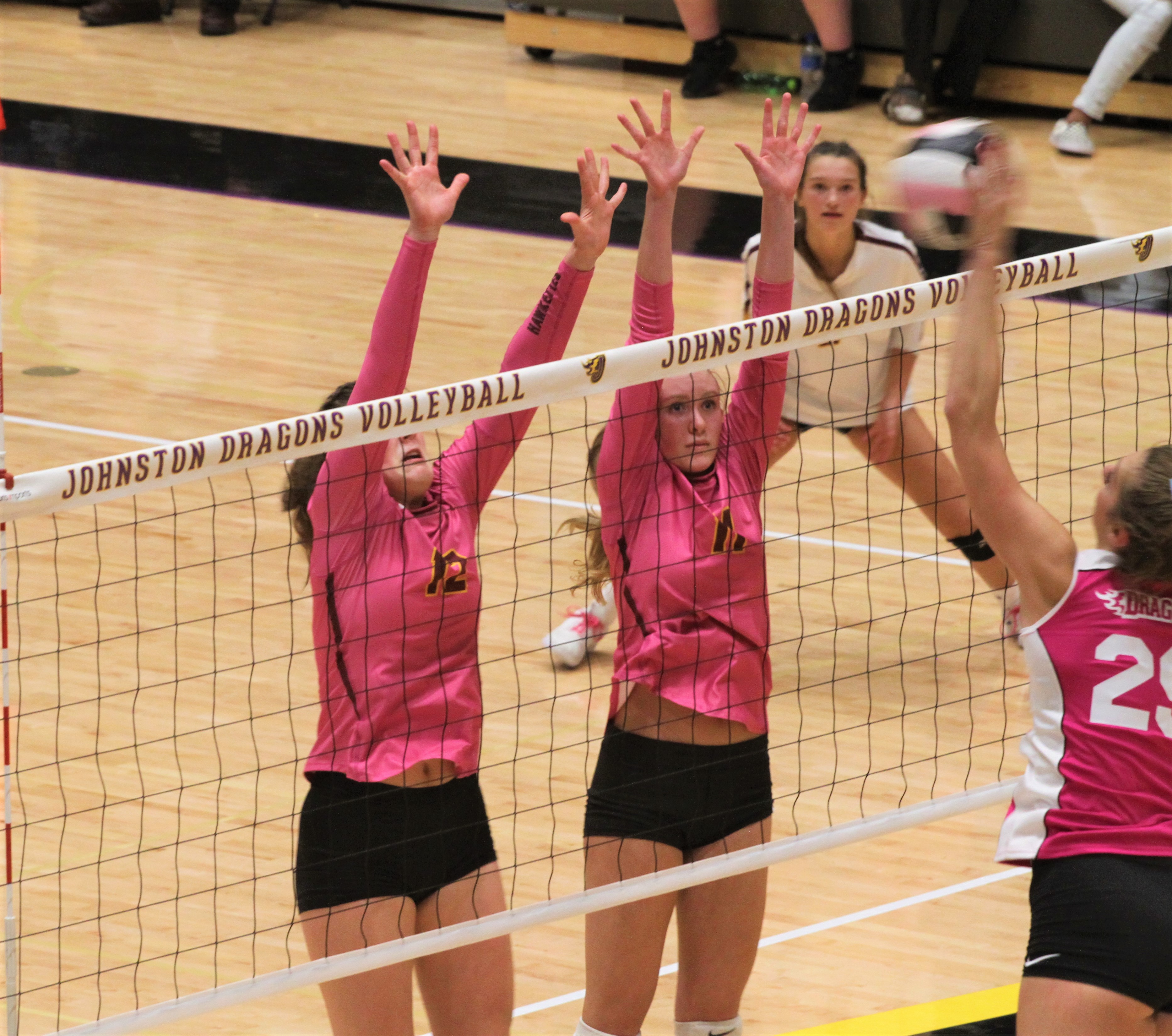 The Ankeny volleyball team will take some momentum into postseason play.

That is, if the Hawkettes can avoid getting rusty over the next two weeks.

Sixth-ranked Ankeny completed its regular season on Tuesday with a 25-20, 25-9, 25-18 victory at No. 15 Johnston. The win allowed the Hawkettes to wrap up a second-place finish in the CIML Central Conference.

“This is a good momentum boost as we are now off until regional play,” said Ankeny coach Joe Morton, whose team will host Marshalltown or Cedar Rapids Washington in a Class 5A regional semifinal on Oct. 23.

Ankeny played without starting libero Kaci Behrens on Tuesday. She suffered a concussion during the Bettendorf Invitational on Saturday and was replaced by Karly Weber.

“She is currently in concussion protocol,” Morton said of Behrens. “Right now, with her progress, we expect to see her return to practice sometime next week.”

Ankeny dominated Tuesday’s match, especially the second set. All four of the Hawkettes’ conference victories were decided in three sets.

“We played well the whole night,” Morton said. “Our serving was really good. Malea Daugherty carried us in the second set with a major serving run that included three aces.”

Ankeny scored points from all over the court, but middle hitters Sara McCullough and McKenna Scheib were particularly effective.

“As a team we seem to be coming together more than we have all season, and I think it showed on the floor (Tuesday),” Morton said. “The offense was very well balanced–we had nine different players with kills. McKenna and Sara were able to score at will from the middle.”