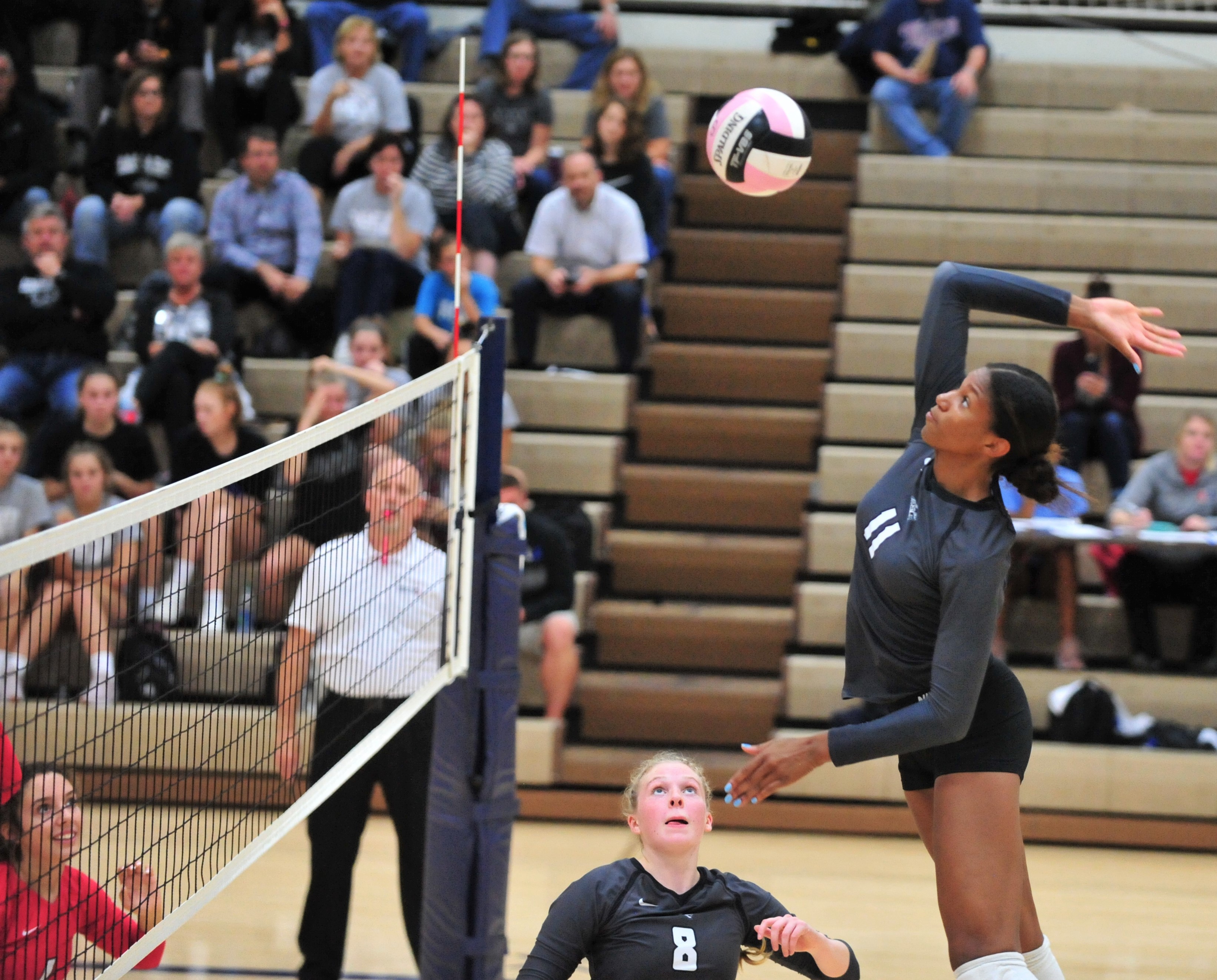 Now, the Jaguars can focus on winning the championship that they really want–the Class 5A state title.

“One of our team’s goals this season was to win the conference, so we stepped on the court to do just that,” Centennial coach Jessica Rinehart said after the second-ranked Jaguars swept No. 9 Urbandale in three sets. “It feels good to have the conference goal checked off, and now it’s time to start focusing on the postseason.”

Kenna Sauer pounded 17 kills as visiting Centennial rolled to a 25-12, 25-19, 25-6 victory over the J-Hawks. The Jaguars (36-2) will host Omaha (Neb.) Marian in their regular-season finale on Monday before hosting Des Moines Roosevelt in a Class 5A regional semifinal on Oct. 23.

“We are ready and we’re so excited (for the postseason), but we’re looking forward to the Marian match as a chance to get even better and play some high-level competition before we get into (regional play),” Sauer said. “It’s just another chance to work on us and fine-tune any little things we want to fix before it’s go time.”

Devyn Robinson and Ari Winters each had six kills as Centennial defeated Urbandale for the second time this season. The Jaguars finished 5-0 in the conference and did not lose a single set along the way.

“It was a great match for us,” Rinehart said. “Offensively, I think we looked good and we’re getting closer and closer to having all cylinders firing all the time.”

Setter Riley Morgan enjoyed another strong all-around match with five kills, 29 assists and 14 digs. She also completed 20-of-21 serves and had four aces.

“Our aces to errors ratio from the service line was very good,” Rinehart said. “That’s something we’ve been wanting to increase.”