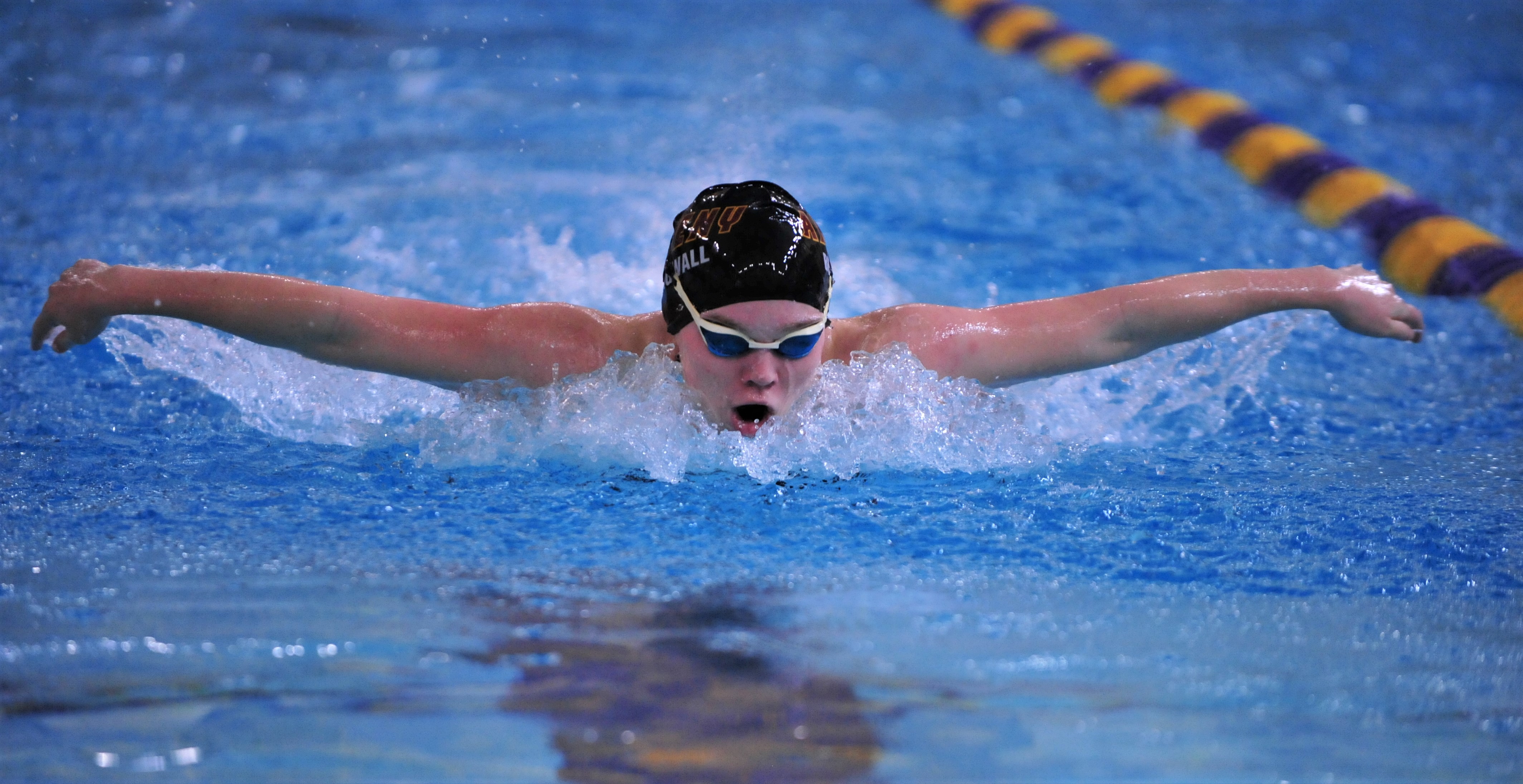 Even with a new format, Saturday’s girls’ regional swimming meet at Trail Point Aquatics Center still put some pressure on each of the nine competing teams.

The Hawkettes won eight of the 11 events and easily captured the team title with 509 points. No. 6 Valley took second with 448 points.

“This is a different era because of the prelims and finals next week (at the state meet),” said Ankeny coach Michelle Stout. “If the kids already had a qualifying time, there was no need to scale back and rest them up for this meet because they were already assured a slot at the state meet. So the fact that the kids were able to maintain some of their season-best times was really exactly where we wanted them to be, and the kids that were tapered down had some phenomenal swims. So all around, it was what I hoped for and what I expected.”

Ankeny was led by junior Jasmine Rumley, who had four first-place finishes on the day and was named the regional swimmer of the year for the third straight season. She won the 50 freestyle in 23.16 seconds and the 100 freestyle in 51.64.

“I went out there and swam my best,” Rumley said. “The other girls who haven’t qualified–I was nervous for them and I was proud of all of them. Even though there was a qualifying time, it didn’t change the whole idea of regionals, which was nice to know.”

Rumley said that she and her teammates still had to be careful not to false start, even if they had already posted a state-qualifying time.

“If you disqualify here, even if you have a Q time, then you don’t get to go to state,” Rumley said. “So there was that (pressure) to not disqualify, but other than that it was pretty much like regionals last year.”

The Hawkettes also took the 200 medley relay in 1:48.53. That team consisted of Henning, Andrea Rodriguez, Scout Bergwall and Pearson.

“Some of those kids that were close hit the cutoff times so they are now assured of a state-qualifying spot,” Stout said. “I can’t think of any events that we won’t be represented in, so that’s a step in the right direction.”

Henning also placed third in the backstroke. She posted a time of 1:01.08 in that event.

The state meet will be held on Friday and Saturday at Marshalltown.