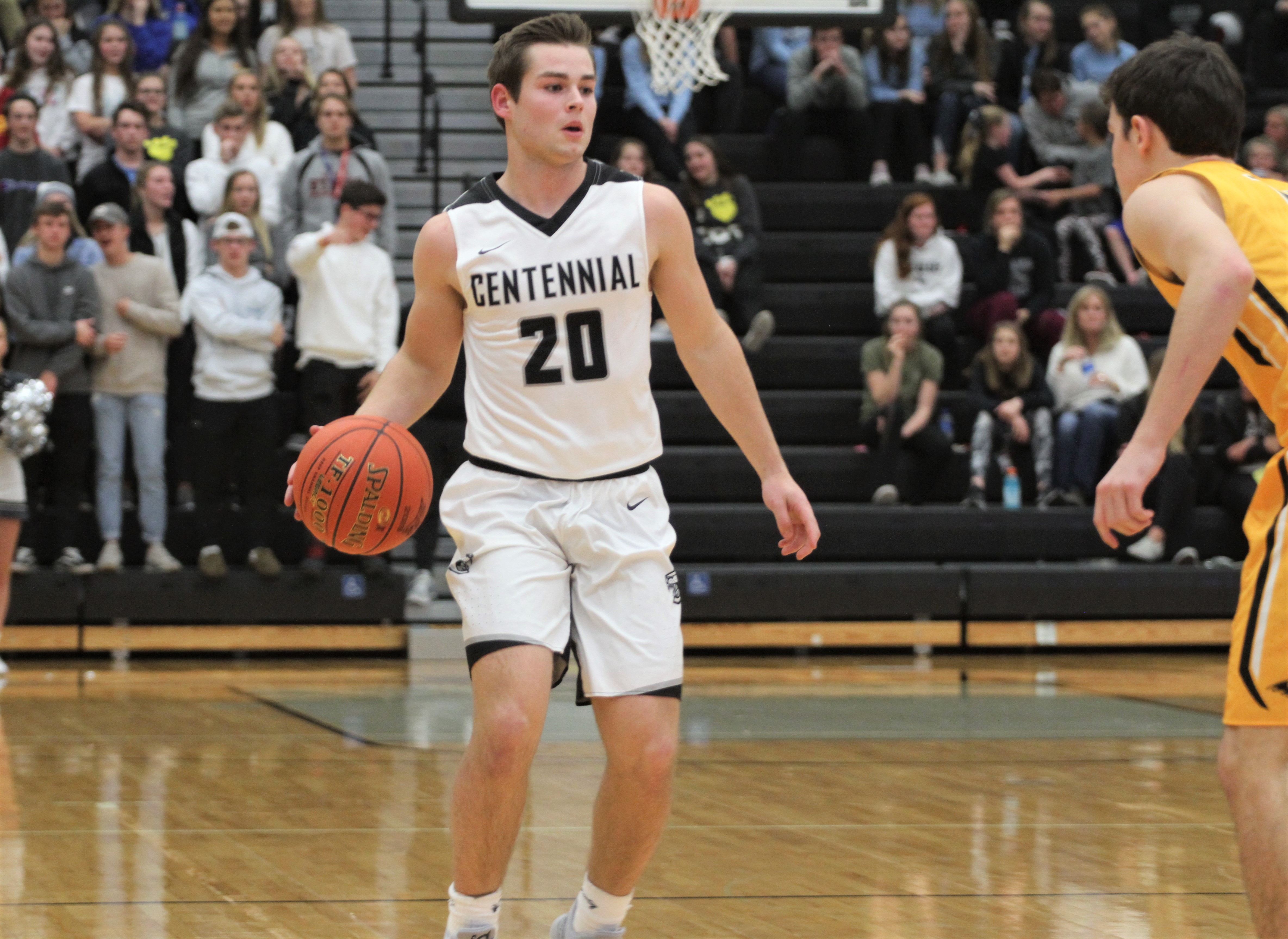 After losing its last two season openers, the Ankeny Centennial boys’ basketball team was determined to get off on the right foot.

Thanks to a crucial 6-minute stretch, the Jaguars accomplished their goal.

Centennial overcame an early deficit and then pulled away to defeat visiting Southeast Polk, 62-45, in its season opener on Tuesday. The Jaguars led by as many as 23 points in the second half.

“We did a good job of rebounding, and we only had seven turnovers,” said Centennial coach Bob Fontana. “It was a total team effort.”

The Rams led, 12-10, before Centennial closed out the first quarter on a 6-0 run. The Jaguars then outscored Southeast Polk in the second quarter, 18-6, to build a 34-18 advantage.

Cody McCullough led Centennial with a double-double, scoring a career-high 16 points and grabbing 11 rebounds. He made 8-of-10 shots from the field.

Senior guard Tyler Rodgers dished out four assists in the win. He missed all of last season due to a shoulder injury.

“Tyler hasn’t played for two years,” Fontana said. “It was nice to have him out there with his leadership and his toughness.”

“I thought Garret and Caleb did a nice job off the bench,” Fontana said.

The Jaguars will play at Des Moines Hoover on Friday. The Huskies opened their season on Tuesday with a 57-47 victory at Urbandale.