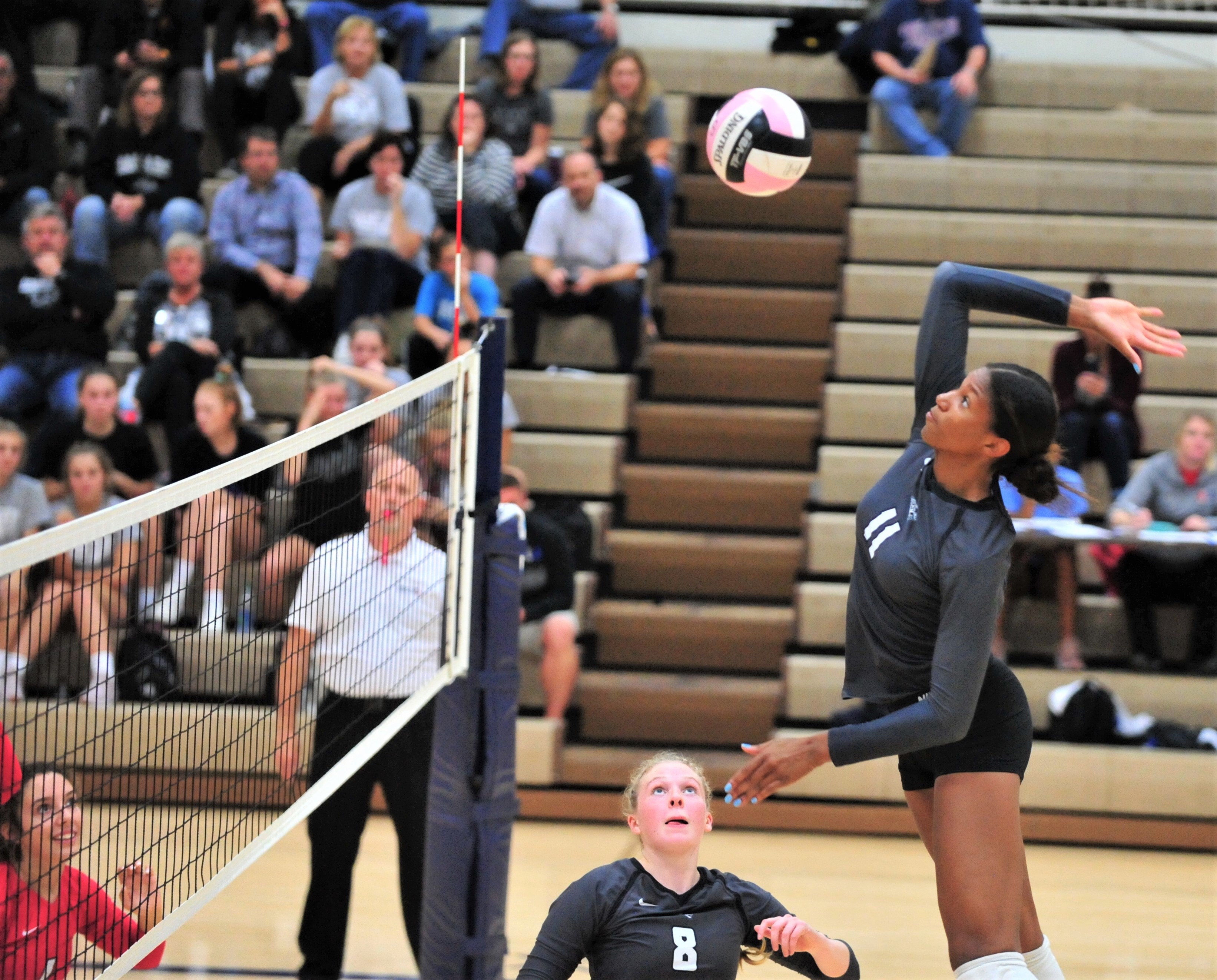 It turns out that one all-American wasn’t enough for the Ankeny Centennial volleyball team.

Centennial star Devyn Robinson has been named to the 2018-19 American Family Insurance All-USA Girls Volleyball Team by PrepVolleyball.com in coordination with USA TODAY High School Sports based on past performance, level of competition and strength of schedule. She was a second-team selection.

Robinson, a junior middle hitter, joins teammate Kenna Sauer as an all-American. Sauer was earlier named to the second team on the 13th annual Under Armour all-America teams.

“It came as a surprise actually,” Robinson said. “I didn’t even know I made the second team.”

Robinson played a key role as Centennial captured its fourth Class 5A state title in five years. She racked up 225 kills and 76 blocks while hitting .436 and helping the Jaguars to a 41-3 record.

Robinson was named to the Elite all-state team and the Class 5A first team by the Iowa Girls’ Coaches Association for the second straight year. She was also a repeat selection to the Class 5A all-tournament team.

Robinson was a member of the USA Volleyball youth national team that claimed the gold medal in the 2018 NORCECA Girls’ U18 Continental Championship in Honduras on Sept. 2. Only 12 players from across the nation made the squad.

Robinson has verbally committed to play for Wisconsin. Two of her future teammates, Izzy Ashburn and Courtney Gorum, were named first-team all-Americans.

“It’s a great honor to be on the team, and really exciting for me and my family,” Robinson said.