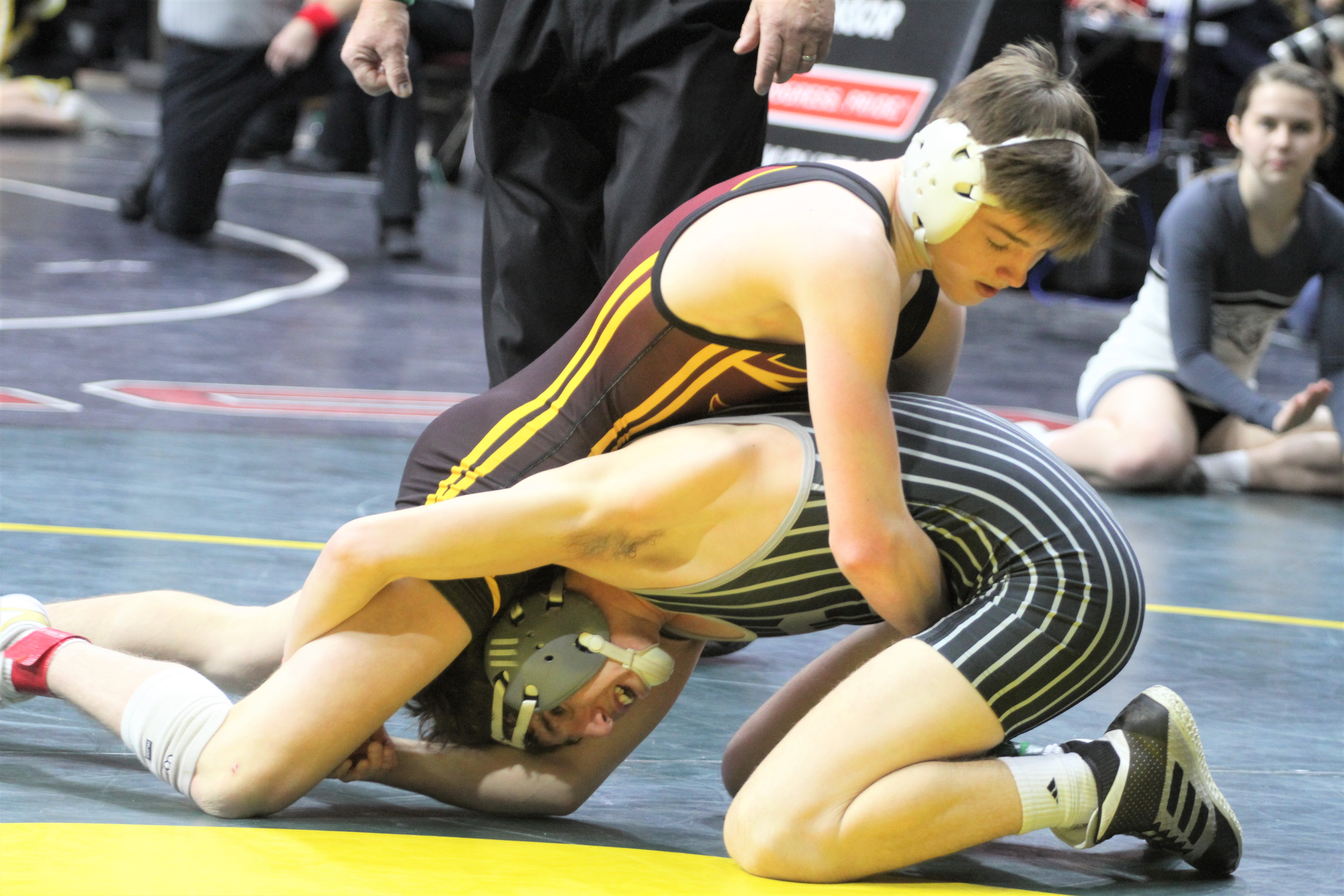 Ankeny Centennial has advanced four wrestlers and Ankeny has qualified two for the Class 3A semifinals of the state tournament on Friday afternoon at Wells Fargo Arena.

“It was a pretty good round,” said Centennial coach Jay Groth. “I can’t complain.”

Leo got a takedown in overtime to post a 7-5 decision over No. 7 Will Hoeft of Iowa City West. He will meet top-ranked Jacob Wempen of Linn-Mar (Marion) in the semifinals.

“We worked for that all season,” Leo said. “We practiced overtime, so I was ready to go.”

Owens will face No. 1 Deville Dentis of Des Moines East in the semifinals, while Monroe will meet No. 5 Caleb Helgeson of Johnston. Monroe has split a pair of matches with Helgeson this season.

Ankeny got wins from the top-ranked duo of Trever Anderson at 106 and Caleb Rathjen at 126. Rathjen won by a 20-5 technical fall over Centennial’s Noah Blubaugh.

Anderson posted a 10-0 major decision over No. 7 Ryder Downey of Indianola and has yet to allow a point in the tournament. He will meet No. 2 Aiden Riggins of Waverly-Shell Rock in the semifinals in what could be a de facto championship match.

Blubaugh and teammate Jackson Bresson at 113 each won a second-round consolation match for Centennial to assure themselves of a top-eight finish. The Jaguars are currently tied with Fort Dodge for third place in the team standings with 45 points.

Ankeny will have three placewinners after No. 7 Sam Kallem won a second-round consolation match at 132. The Hawks are in 14th place with 29.5 points.

No. 2 Waverly-Shell Rock leads the Class 3A field with 78 points. No. 1 Southeast Polk is in second with 57.

Check back later tonight for complete coverage of Friday’s action.