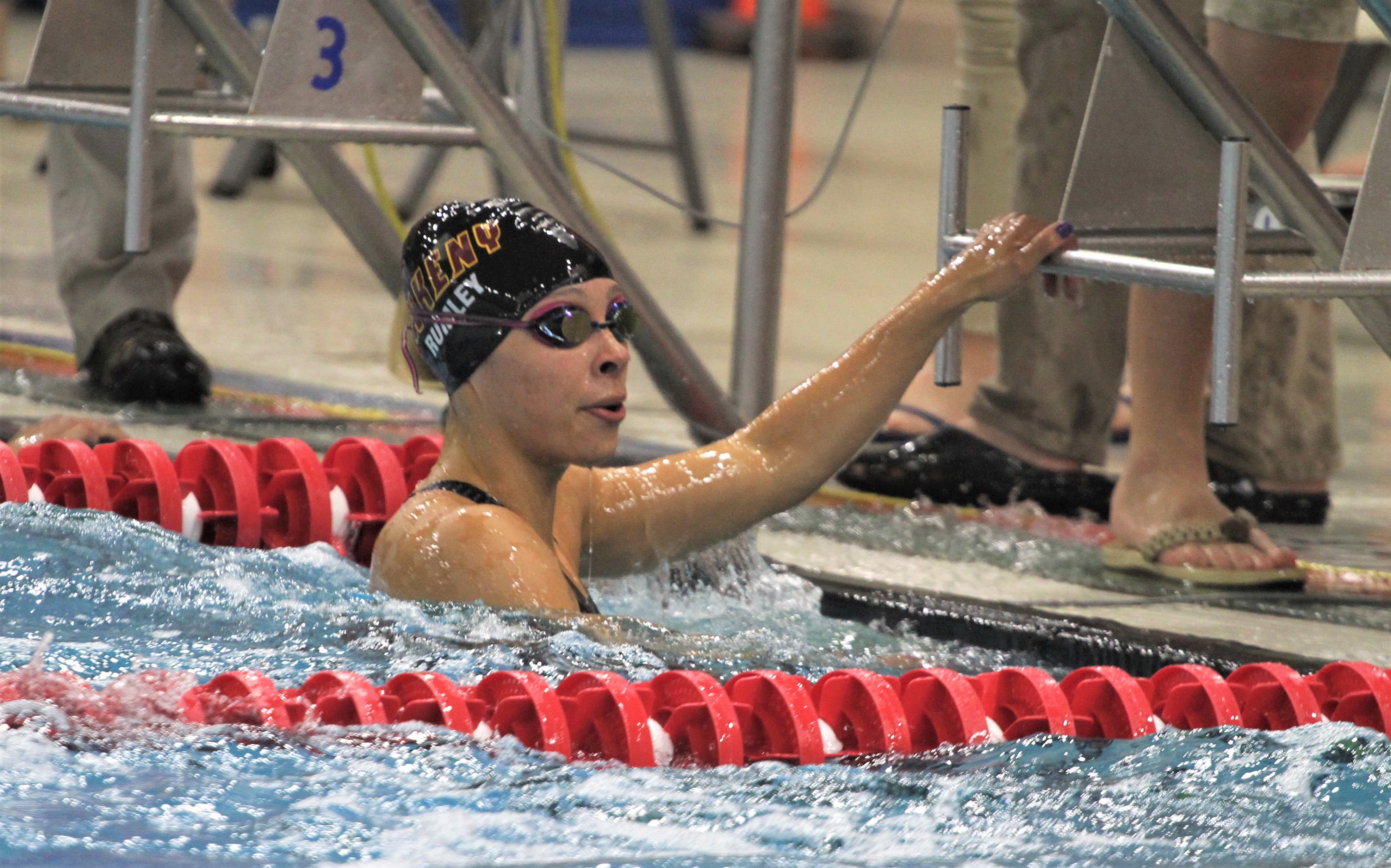 Ankeny junior Jasmine Rumley decided this spring not to go out for track in order to focus on her swimming career.

So far, it appears to be a good decision.

Rumley competed in the TYR Pro Swim Series at the downtown Des Moines YMCA on Thursday through Saturday and recorded her first Olympic Trial cutoff time. She placed 13th in the 50 meter freestyle in 25.96, eclipsing the cutoff time by .03 seconds.

Rumley, a two-time Iowa state champion in the 50 yard freestyle, also competed in the 100 meter freestyle. She placed 26th in that event, posting a time of 59.27 seconds.

Frandson posted a time of 24.25 in the 50 meter freestyle preliminaries. He did not advance to the final.

“I was a little disappointed with my times,” said Frandson, who scratched out of the 800 meter freestyle. “I gained a lot of time, but we knew that this meet was going to be hit or miss because it was my third meet in a month. But I had a lot of fun getting to meet and compete with some high-powered swimmers.”