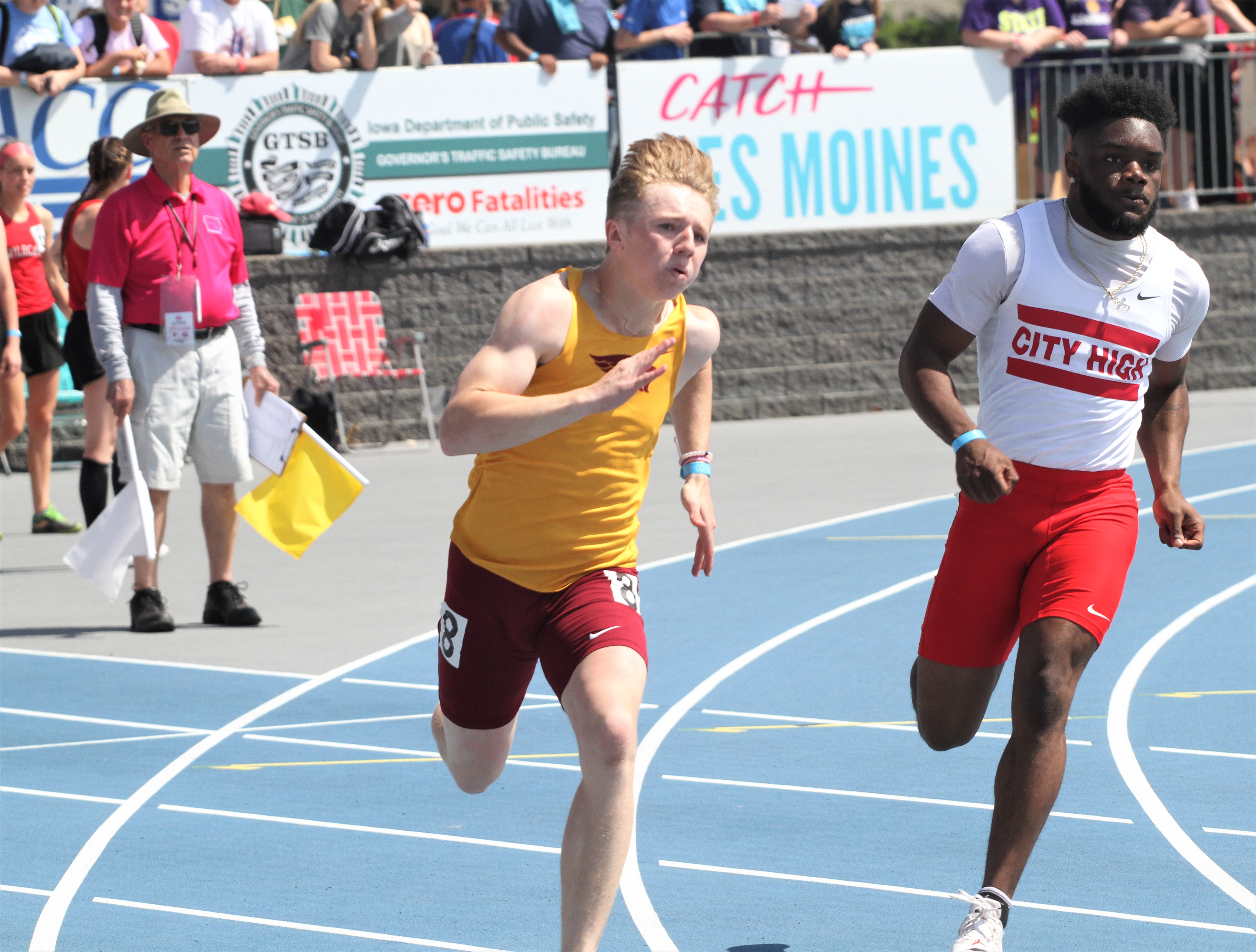 If the Ankeny boys’ track team can stay healthy, the Hawks should have a good chance to build on the success of last year’s squad.

Ankeny tied for 13th place in the Class 4A state meet with 21 points. It was the Hawks’ highest finish since the split into two high schools.

Thirteen state qualifiers are back, including standout distance runner Tim Sindt, a two-time state cross country champion. The Iowa State recruit has yet to compete this spring, but is expected to run at the Iowa State Indoor Meet on March 19.

“We are just being cautious with him,” Ankeny coach Nick Nelson said of Sindt, who underwent surgery last February to correct a heart problem and sat out the indoor season before returning to the track.

Griffin ran on a pair of relays at the state meet, but has yet to run this spring.

“Max has not been cleared yet from his shoulder surgery after the football season,” Nelson said. “We have a lot of unknowns right now with the injuries and the weather.”

Niffenegger is one of the state’s top hurdlers. He placed seventh in the 110 hurdles in Class 4A in 15.12 seconds.

Niffenegger also anchored the Hawks to a fourth-place finish in the shuttle hurdle relay. He teamed up with Boyd, Griffin and Thompson to post a time of 57.72 seconds.

Cox also helped Ankeny to a 10th-place finish in the distance medley relay. Anyoun and Sindt are also back from the unit that posted a time of 3:34.03.

Baier is back in the throwing events. He placed ninth in the discus with a throw of 155 feet 5 inches.

Baier won the shot put at the Wartburg Indoor Meet on Feb. 26 with a personal record of 53-6. Smith won the 55-meter dash for the Hawks, while Niffenegger added a third-place finish in the 55 hurdles.

At the UNI Indoor Meet on March 5, Thompson set a personal record in the high jump even though he had yet to go over the bar in practice.

“The indoor season is going well,” Nelson said. “I really like how the athletes have competed and adjusted with the terrible weather. The assistant coaches have done a great job of coming together and creating workouts that are getting the athletes prepared for competition.”

The Hawks will open their outdoor season at the Southeast Polk Invitational on April 4. They will host the Fred Smith Hawk Relays on April 16.

“We have many guys that are returning, so the potential is there,” Nelson said. “We will have to wait and see how they develop throughout the season.”

Nelson said his team will also wait to set its goals for the season.

“We have not set any team goals yet,” he said. “We will do that after spring break.”