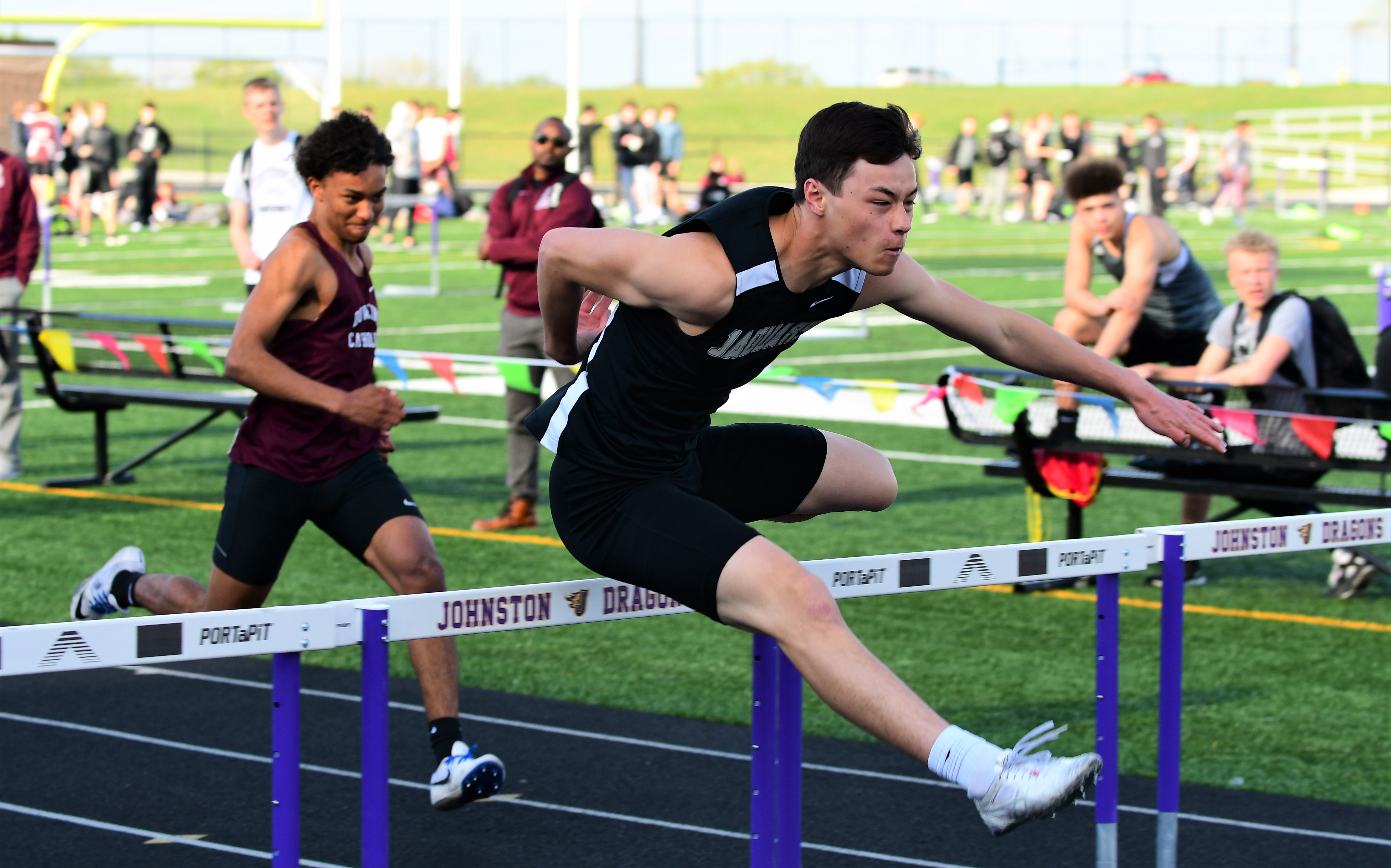 Centennial won the final event, the 4×400 relay, to edge Dowling Catholic for second place. The Jaguars finished with 121 points, two more than the Maroons.

“As a team it was a great effort,” said Centennial coach Nate Smith. “Now we have to get prepared for the district meet.”

Centennial won the sprint medley relay in a time of 1:33.34. That team consisted of Gates, Murphy, Jon Wong and Thomas Collins.

Wong also helped the Jaguars to a victory in the shuttle hurdle relay. He teamed up with DeAngelo, Tyler Johnson and Nathan Reinke to post a time of 59.00 seconds.

It was a good night for Centennial’s hurdlers. Wong added a third-place finish in the 400 hurdles, posting a time of 57.20 seconds.

Ankeny placed second in the 4×800 relay. Sindt teamed up with Jalen Elwell, Ethan Norgaard and Anyoun Anyoun to post a time of 8:07.01.

Conner Niffenegger was the runner-up in the 400 hurdles. He was clocked in 56.78.

“We accomplished what we wanted to,” said Ankeny coach Nick Nelson. “Now we need to get some guys healthy for a good showing at the district meet.”