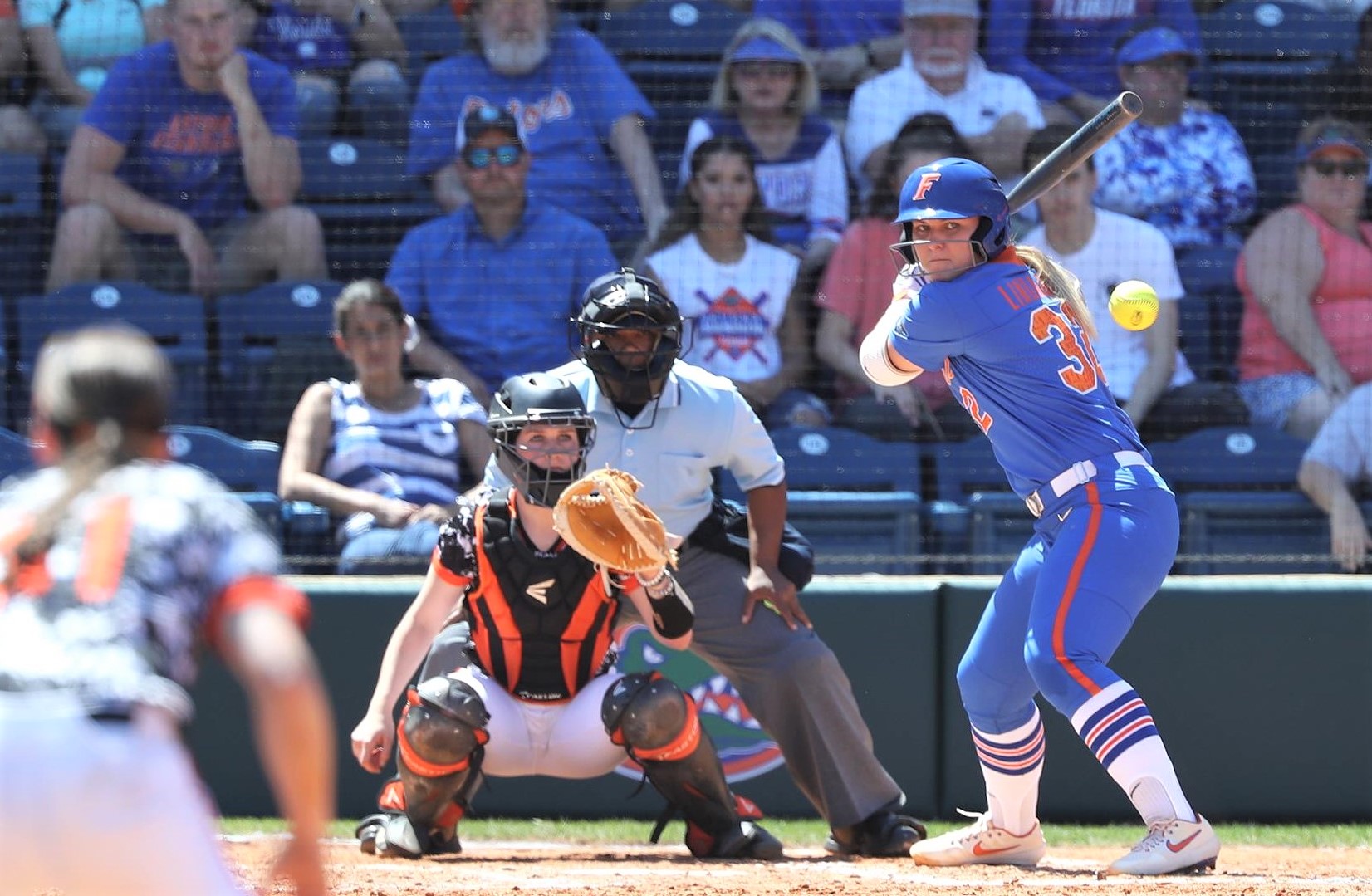 Kendyl Lindaman and the Florida softball team are just one win away from advancing to the Women’s College World Series.

Lindaman hit an RBI double in the first inning and the fifth-seeded Gators went on to defeat 12th-seeded Tennessee, 3-0, in the opening game of an NCAA Super Regional on Friday in Gainesville.

Game Two of the best-of-three series will be played on Saturday at 5 p.m. (CST) and will be televised by ESPN. With a win, Florida (48-15) would advance to its third straight World Series and its 10th over the last 12 seasons.

The Gators scored the only runs that they needed in the first inning, when Amanda Lorenz walked on four pitches and Lindaman followed with a double to the wall in left-center field, driving in her 53rd run of the season. Two outs later, Lindaman raced home on a single by Sophia Reynoso.

That was more than enough support for superstar pitcher Kelly Barnhill, who went on to toss a three-hitter with seven strikeouts. It was the 27th complete game of the season for Barnhill, who has compiled a 0.16 ERA in the postseason, allowing just one run in 42 innings.

Lindaman, a former Ankeny Centennial star, played her first two seasons at Minnesota before transferring to Florida for the spring semester. She took advantage of a new NCAA rule that allows softball players to transfer without having to sit out a year.

Lindaman, a catcher and designated player, has started all but one game this season. She is batting .337 with 14 home runs, nine doubles and one triple.

A victory by Tennessee (42-16) on Saturday would force a decisive Game 3 on Sunday, which would likely be played in unforgiving heat, given the 1 p.m. scheduled start.