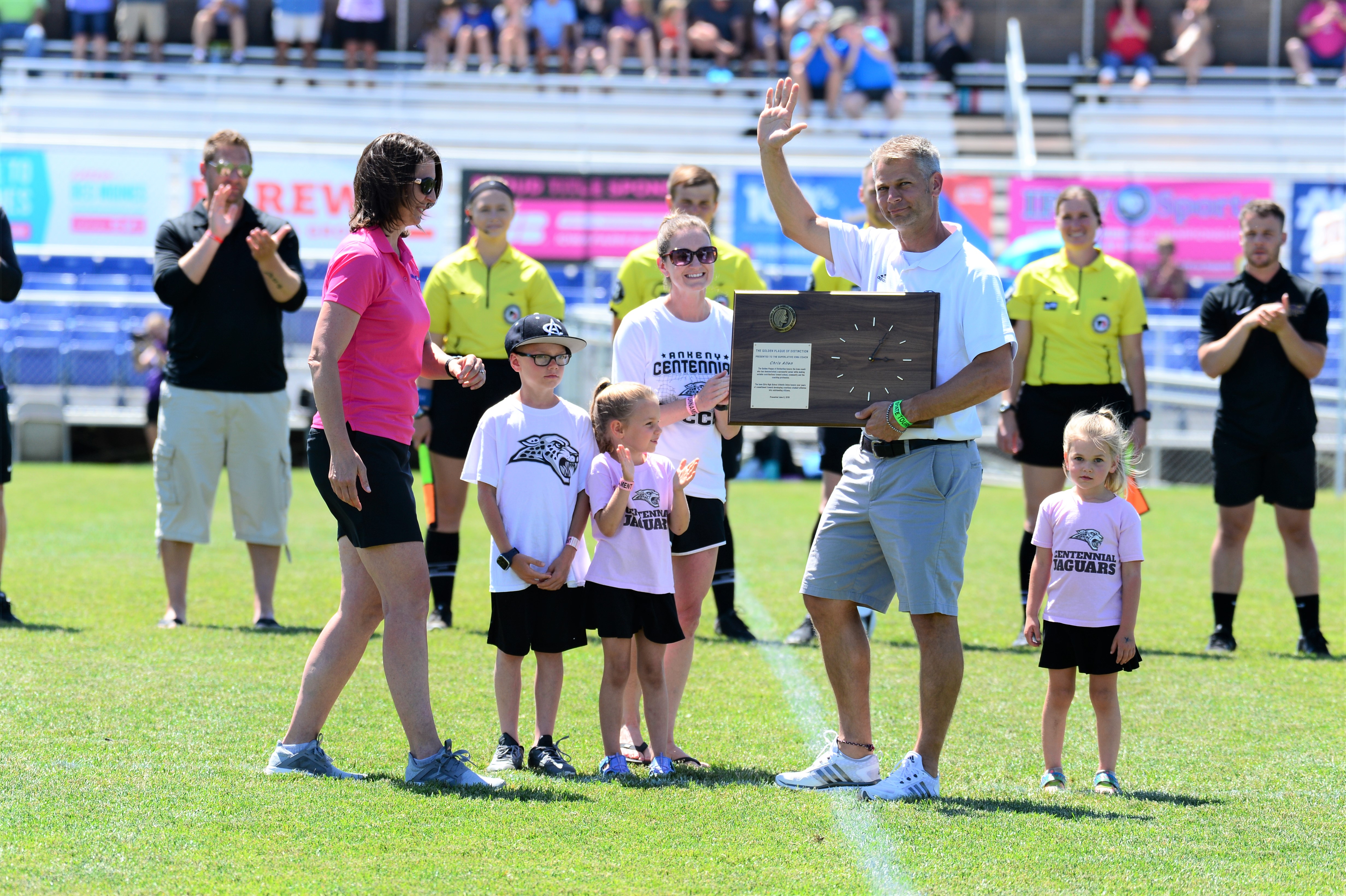 Ankeny Centennial girls’ soccer coach Chris Allen is the 2019 recipient of the Iowa Girls’ High School Athletic Union’s Soccer Golden Plaque of Distinction award. He was honored prior to the start of the Class 3A state championship game on Saturday.

The IGHSAU Golden Plaque of Distinction is awarded to the Iowa coach who has demonstrated a successful career while making notable contributions toward school, community and the coaching profession.

Allen has compiled a career record of 210-32 in 12 seasons of coaching, guiding 10 teams to the state tournament in 12 years. He coached Ankeny High School to state championships in 2011 and 2013.

Allen took over the Centennial program when the school opened in 2014 and has led the Jaguars to five trips to the state tournament in the school’s six years of existence, winning Class 3A state titles in 2016 and 2018. He was named the Des Moines Register’s State Soccer Coach of the Year in 2018 and is a finalist for the National High School Athletic Coaches Association’s National Soccer Coach of the Year award.

Allen, who is a current member of the IGHSAU Soccer Advisory Committee, is an instructional coach at Ankeny Centennial. He and his wife, Faye, are parents to three children; Brecken, Adrienne and Brynn.