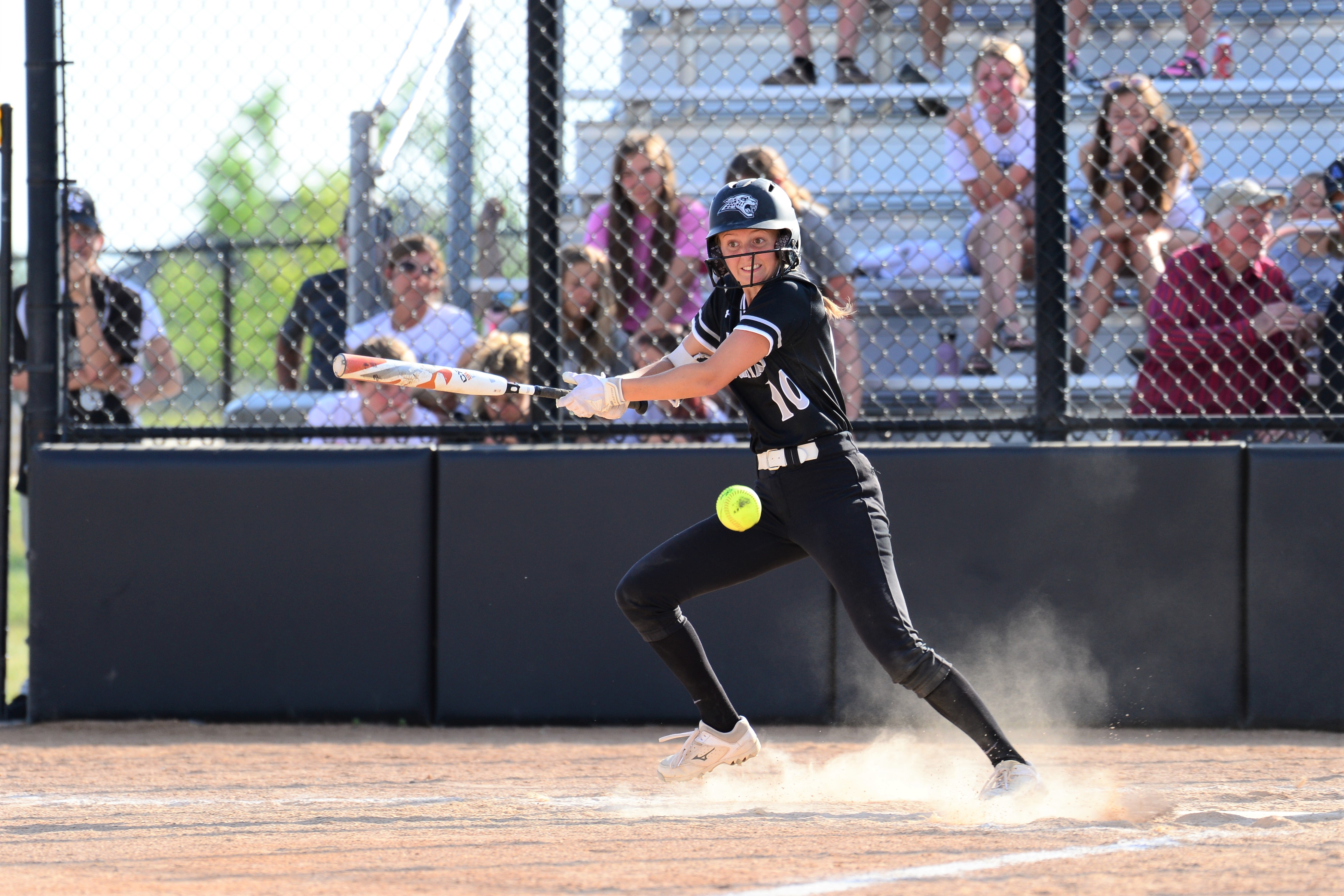 The Ankeny Centennial softball team pounded out 25 hits en route to a doubleheader sweep over visiting Ames on Monday.

The Jaguars posted a 15-4 victory in six innings in the opener, then completed the sweep with an 11-6 triumph in the nightcap.

The Jaguars, who have won five of their last six games, improved to 3-1 in the CIML Central Conference and 8-5 overall. Ames’ records dropped to 0-2 and 3-7.

Marissa Meyer homered and had two RBIs. It was her second home run of the season.

Madi Huisman (4-2) earned the victory. She allowed four earned runs and had four strikeouts over the first 4 2/3 innings.

In the second game, Centennial scored three runs in the first inning, then added eight more in the second, including a grand slam by Garland. It was her second homer of the season.

Burnett and Garland each went 2-for-4. Meyer doubled and drove in three runs, while Anna Christiansen doubled and had one RBI.

Runchey went 2-for-3, stole a base and scored a run.

Sam Klug (3-1) was the winning pitcher. She combined with Karlie Kaiser on a 10-hitter.

Centennial was coming off a strong weekend when it went 3-1 at the ADM Invitational, where the Jaguars split a pair of one-run games against ADM, the No. 1 team in Class 4A.

“We carried some momentum into Monday, and hopefully we can keep going on Wednesday against Dowling Catholic and Thursday against a very good Fort Dodge team,” Delaney said.