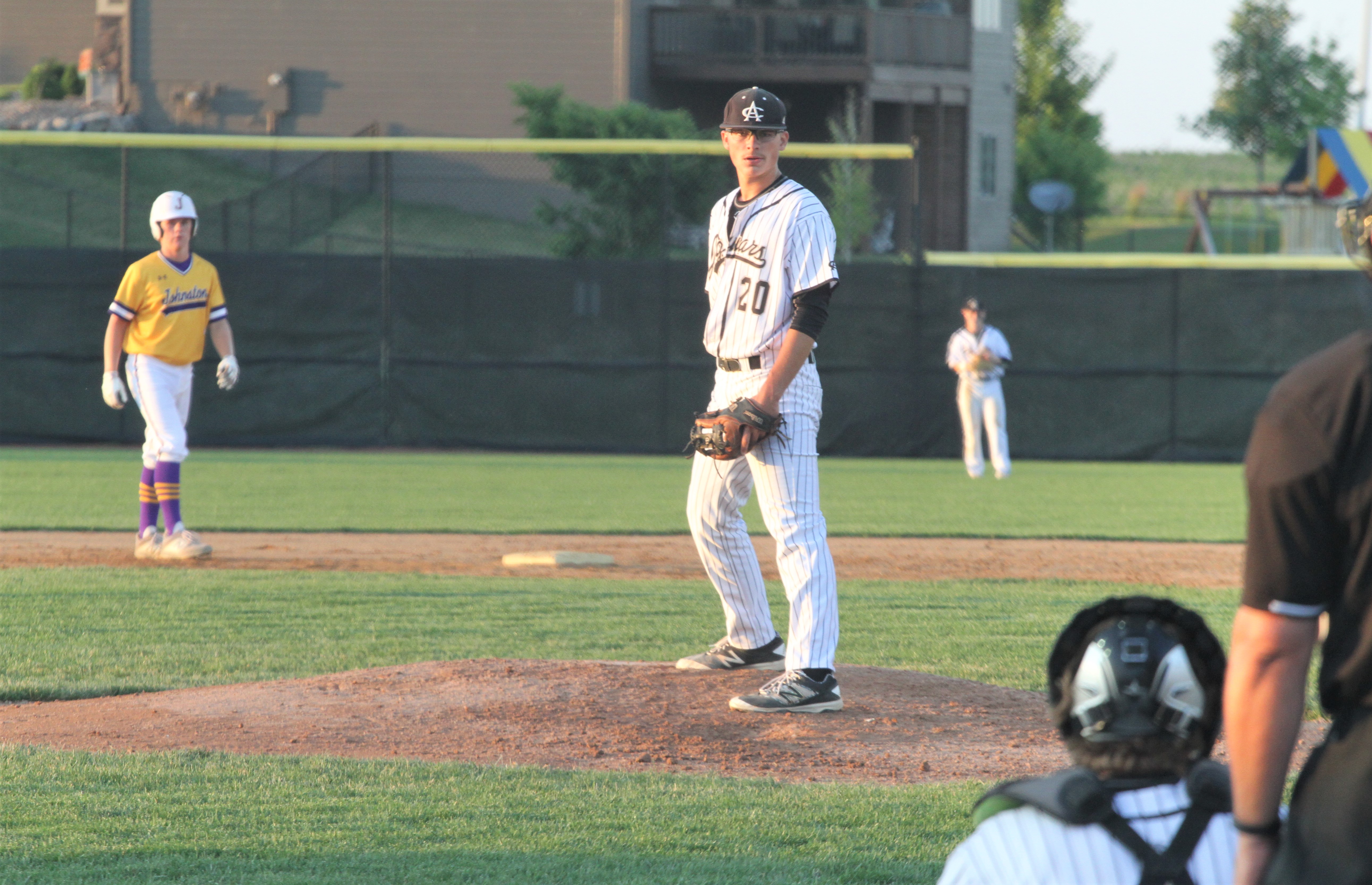 A late rally and a strong pitching performance allowed the Ankeny Centennial baseball team to pick up two more victories on Saturday at Mount Mercy College in Cedar Rapids.

The ninth-ranked Jaguars overcame a 6-3 deficit to beat North Scott, 9-6, in eight innings. They then got five no-hit innings from senior Tyler Heinzerling in a 4-0 win over West Delaware.

Centennial raised its record to 19-8 on the season. The Jaguars have won their last five games, outscoring their opponents by a 59-16 margin during that stretch.

In the win over North Scott (9-12), Centennial rallied for three runs in the seventh inning to tie the game. The Jaguars then took the lead with three more runs in the eighth.

Kaden Stewart (3-0) pitched three solid innings of relief to earn the victory. He allowed two runs, one of them earned, on four hits before Cory Prange got the final three outs.

Trey Morris led the way at the plate, going 3-for-4 with a home run, two doubles and four RBIs. It was his third homer of the season.

Avery Gates went 2-for-5 and scored a pair of runs. Nathan Reinke went 2-for-4, while Josh Meador doubled and knocked in a run.

Against West Delaware (9-19), Heinzerling extended his scoreless streak to nine consecutive innings while improving his record to 5-0. He walked two and had eight strikeouts before sophomore Trey Hansen made his varsity pitching debut for the Jaguars, allowing two hits over the final two innings while completing the shutout.

Morris had another big game, going 2-for-2 with two doubles, two runs scored and one RBI. He is now batting .329 on the season.

Meador went 2-for-3 and drove in two runs. Ryan Vermeer had the Jaguars’ only other hit.