You are here: Home / Jaguars / Summer / Baseball / No. 4 Jaguars salvage split against No. 10 Mason City on Neils’ shutout 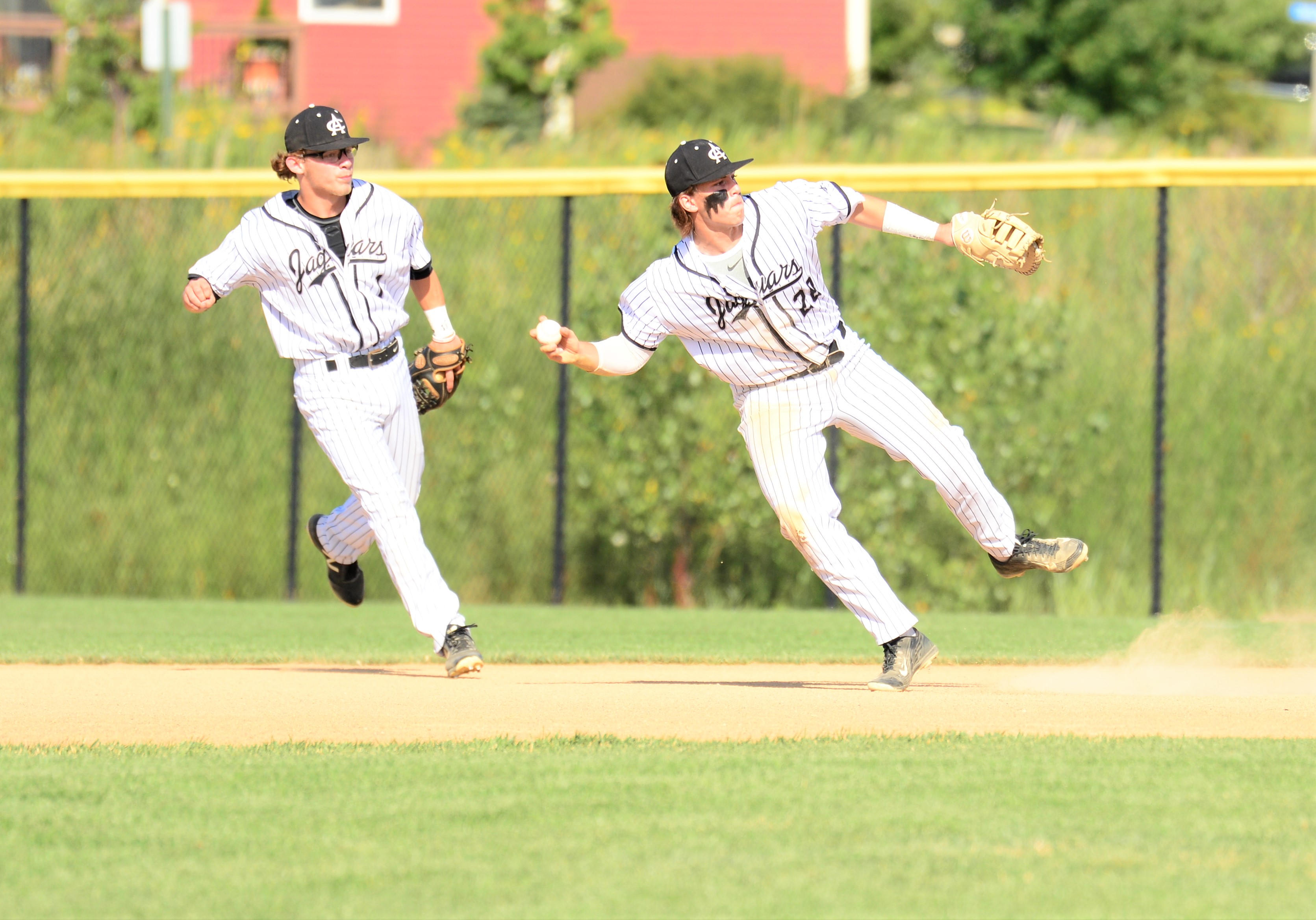 When the Ankeny Centennial baseball team opens postseason play on Friday, head coach Mark Hey will have a lot of different pitching options.

Junior righthander Logan Neils made a strong case for himself with a brilliant outing on Monday. He allowed just three hits and had nine strikeouts over the first 6 2/3 innings to lead the fourth-ranked Jaguars to an 8-0 victory over No. 10 Mason City in the second game of a doubleheader at Centennial.

Neils raised his record to 4-2 on the season. Fellow starters Tyler Heinzerling (6-0), Trey Morris (4-3) and Josh Meador (4-3) have also won at least four games for the Jaguars, who will host Waterloo West in a Class 4A substate quarterfinal.

Morris homered and had two RBIs in the win. It was his team-leading fourth home run of the season.

Nathan Reinke tripled and drove in three runs. Derek Boike went 2-for-4 with a double and one RBI.

Harrison Nagel tossed a four-hitter for the Mohawks. He needed just 57 pitches to get through six innings.

Mason City’s Ben Pederson went 3-for-4 with two doubles and five RBIs. Connor Dalen hit a three-run homer, while Avery Mellman went 2-for-3 with a homer and two RBIs.

Centennial closes out the regular season with a 27-11 record. The Mohawks are now 23-14.