You are here: Home / Top Sports Stories / Football / Injured Iowa defensive back Moss to be out for at least 4-6 weeks 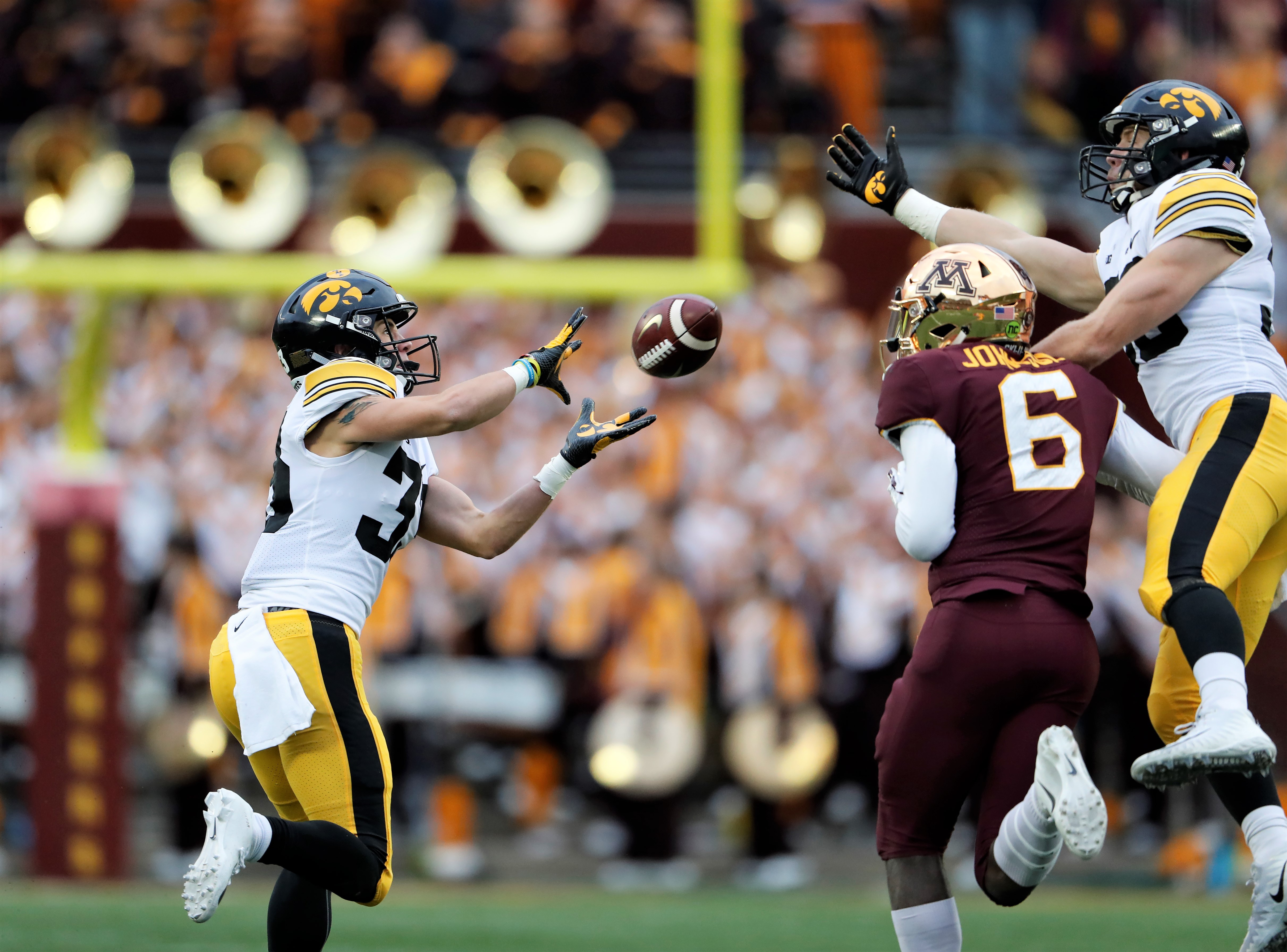 Iowa’s sophomore defensive back suffered an injury during the Hawkeyes’ season-opening victory against Miami of Ohio on Aug. 31. He did not play in Iowa’s 30-0 win over Rutgers on Saturday.

During his weekly press conference last Tuesday, Iowa coach Kirk Ferentz said he expected Moss to be out of action for at least four to six weeks. That means he likely won’t return until next month, when the Hawkeyes play at Michigan on Oct. 5 before hosting Penn State in another Big Ten Conference showdown on Oct. 12.

Moss was one of three true freshmen to not redshirt in 2018, when he played in all 13 games for the Hawkeyes, including five starts at cornerback. He recorded 24 tackles along with three pass break-ups.

Moss was named the Big Ten Freshman of the Week for his play in Iowa’s 48-31 win at Minnesota. He led the team with two interceptions, including a 36-yard return to set up a score in the second half.

Moss had a career-best six tackles in the Hawkeyes’ 42-16 victory at Indiana.