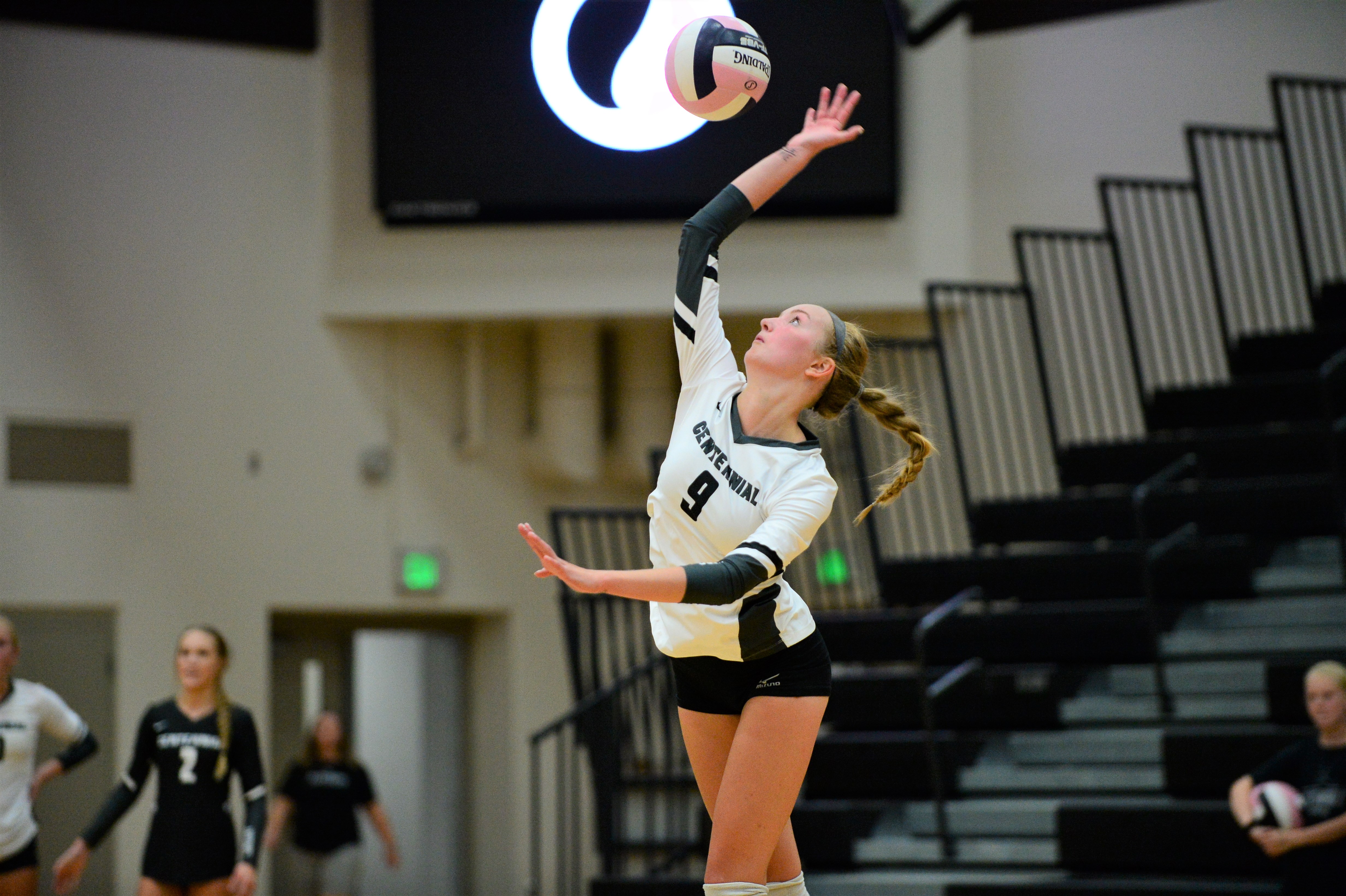 If the Ankeny Centennial volleyball team hopes to reach its ultimate goal, the Jaguars will need some other hitters besides Devyn Robinson to step up.

“Peyton had an exceptional match hitting and serving tough,” said Centennial coach Jessica Rinehart. “Overall, we did a lot of great things.”

Robinson enjoyed a strong all-around match with 11 kills, 12 digs, three blocks and three aces. But she wasn’t the focal point of the offense like she was on Sept. 17, when she racked up 33 kills in a five-set win over Johnston.

Olivia Anderson added seven kills for the Jaguars. Karenna Larson dished out 15 assists, while Morgan DenBeste added 12 and also completed all 17 of her serves.

“It was a good win,” Rinehart said. “We did a great job of controlling our side in games one and three. We had a little letdown in game two, but regrouped and finished the match the way we wanted to. I feel like our best ball is still ahead.”

The Jaguars will travel to Omaha on Saturday to play St. Teresa’s Academy and Skutt Catholic.