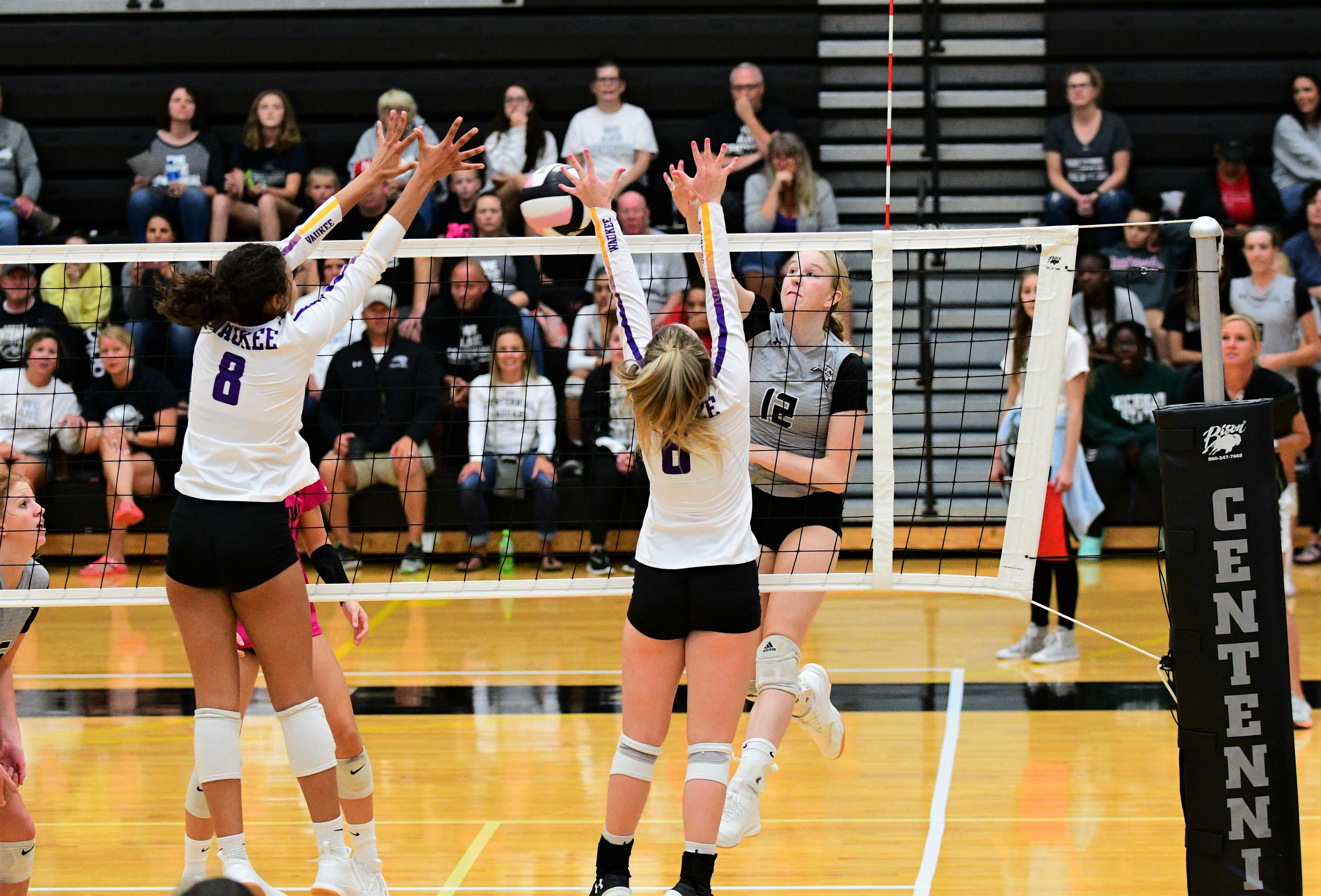 The Ankeny Centennial volleyball squad traveled to Omaha on Saturday to play two of the best teams in the Midwest.

The road trip resulted in a pair of losses for the Jaguars.

“I thought we competed well,” said Centennial coach Jessica Rinehart. “We played with a heightened energy and intensity that we’ve been looking for. We had different players step up throughout the day, which was great to see.”

Centennial, which dropped to 10-10 on the season, was led in both matches by senior Devyn Robinson.

“Dev had a monster day and took a lot of swings from the back row and front row,” Rinehart said. “It was fun to play against such a high level of competition, and I think we can take away a lot from those matches and utilize it in this last stretch (of the season).”

Centennial will play at No. 5 Dowling Catholic on Tuesday in a showdown for first place in the CIML Central Conference.