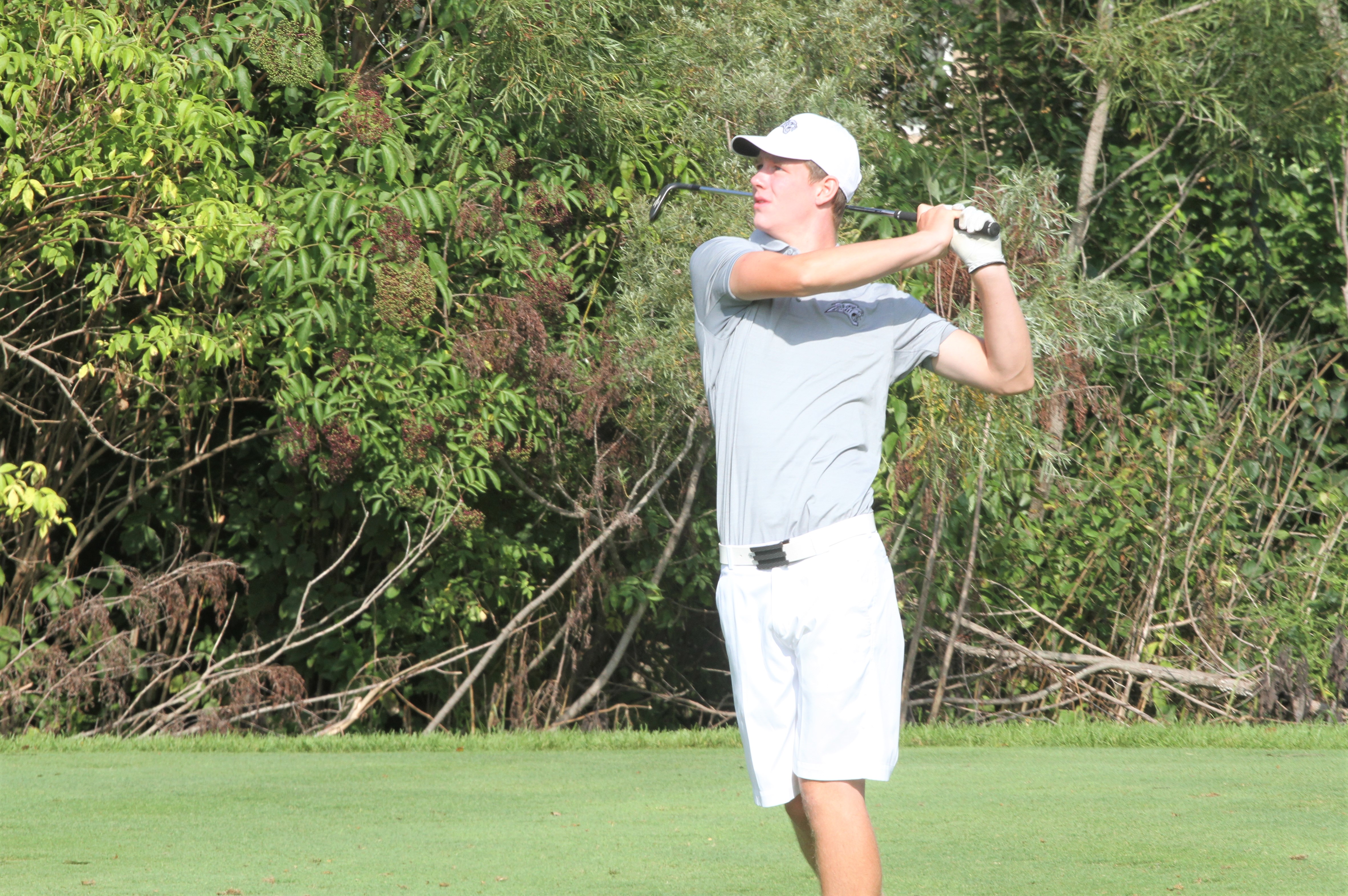 The Ankeny Centennial boys’ golf team played without one of its most consistent players on Monday.

Senior Logan Kinch, who had posted the team’s top score at five of the previous seven meets, became ill and was forced to withdraw from a dual meet against Dowling Catholic at The Legacy Golf Club.

With only five players competing, Centennial’s margin for error decreased significantly. And with four Jaguars posting scores of 45 or higher, it resulted in a 160-174 loss to the eighth-ranked Maroons.

Still, there was one bright spot for Centennial. Senior Drake Ellgren carded a 38 to earn medalist honors.

Jack Winkel and Adam Wagner each shot a 45. Connor Thorpe had a 46, and Johnny Saddoris finished with a 47.

The Jaguars completed their dual-meet season with a 2-3 record in the CIML Central Conference.

“Our goal over the next week is to place in the top three at our conference tournament at Veenker either Wednesday or Thursday depending on the weather,” said Centennial coach Rick Fee. “After that, we’ll hit the range hard to prepare for districts next Tuesday.”