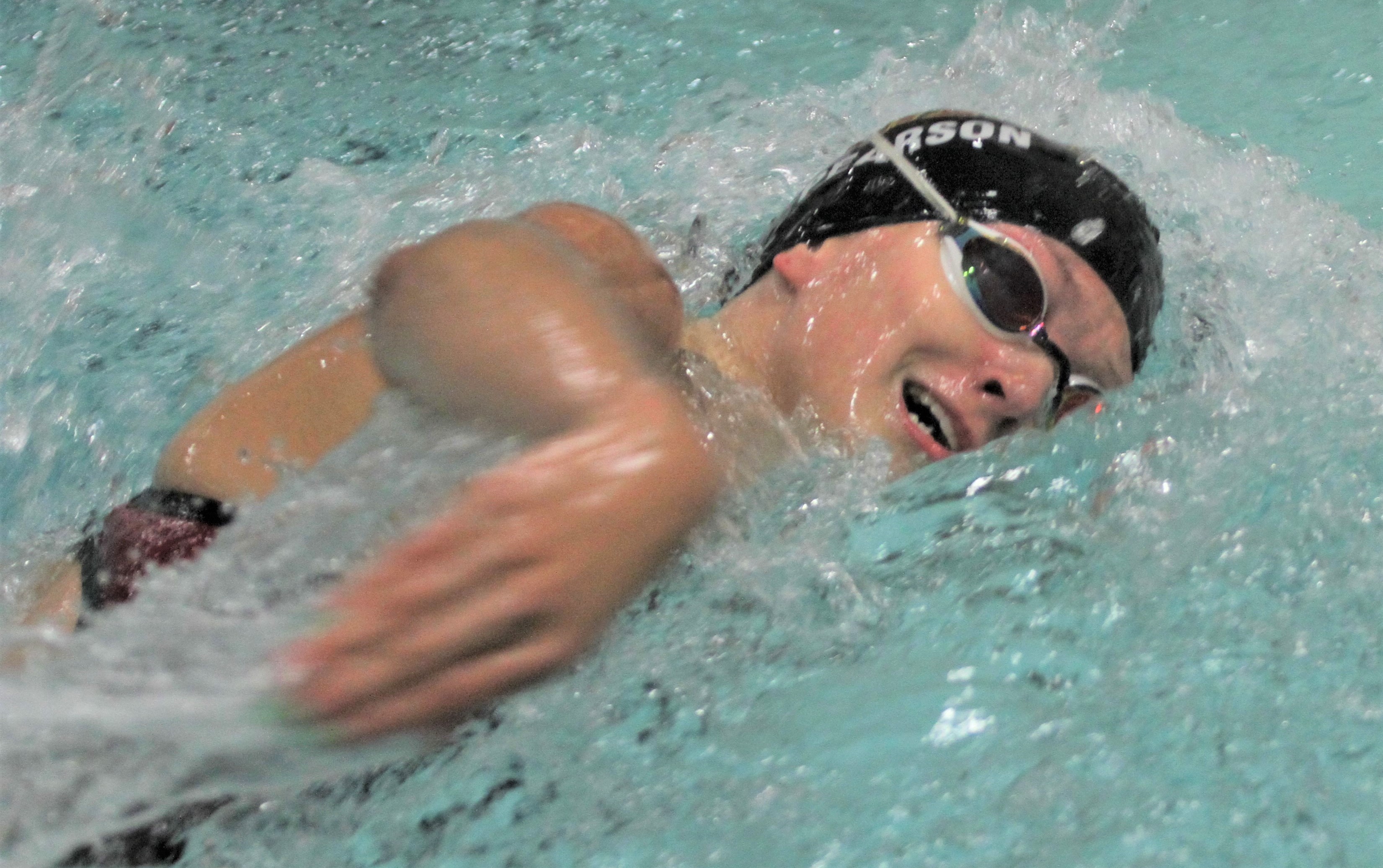 The Ankeny girls’ swimming team took some positives away from Tuesday’s dual meet at Ames, even though the fourth-ranked Hawkettes dropped a 124-62 decision to the state’s No. 1 squad.

“Competing against a great team like Ames is always a challenge,” said Ankeny coach Michelle Stout. “We can really grow as a team when we race the best teams in the state. I’m proud of the effort and positive attitude the girls brought to the meet. Ames can be a tough place to race, but the team support that they showed for each other was outstanding.”

The meet was originally slated to be hosted by Ankeny, but other options had to be considered due to some problems with the pool at Trail Point Aquatics Center. The two schools eventually agreed to move the meet to Ames.

The Little Cyclones–who have won four straight state titles and eight of the last nine crowns–won 10 of the 12 events, including all three relays. They dominated the meet even though several of their swimmers were battling illness or fatigue.

“I was pleasantly surprised at how the girls that needed to step up stepped up,” Ames coach Dan Flannery told the Ames Tribune.

The loss dropped Ankeny’s records to 0-2 in the CIML Central Conference and 4-2 overall. Jasmine Rumley and Sydney Jorgensen each had a victory for the Hawkettes.

Rumley won the 100 freestyle in 52.08 seconds. She finished 1.5 seconds ahead of runner-up Mikayla Kloth of Ames.

“Jasmine easily won the 100 free, despite the fact that her swim cap fell off midway through the race and became tangled in her goggle strap,” Stout said. “She also had some outstanding splits on the relays.”

Ames won the final event of the meet in a time of 3:38.47. The Ankeny foursome of Scout Bergwall, Mia Pearson, Alexis Henning and Rumley was clocked in 3:38.50.

The Little Cyclones led by more than 3 seconds after the first three legs of the race. But Rumley then swam the final 100 yards in 50.61 to nearly overtake Ames standout Brinley Horras, who swam a split of 53.76.

Jorgensen, meanwhile, won the diving event with 299.90 points. She is now ranked first in the state.

“Dasha had a good night with a personal-best score,” Stout said. “I believe (diving) coach Mandy Parton could well have three state qualifiers in diving this year.”

“Maddie raced well all around, hitting the automatic state qualifying time for the 500 freestyle after narrowly missing it at last week’s meet,” Stout said.

The Hawkettes will compete in the Southeast Polk Invitational on Thursday.