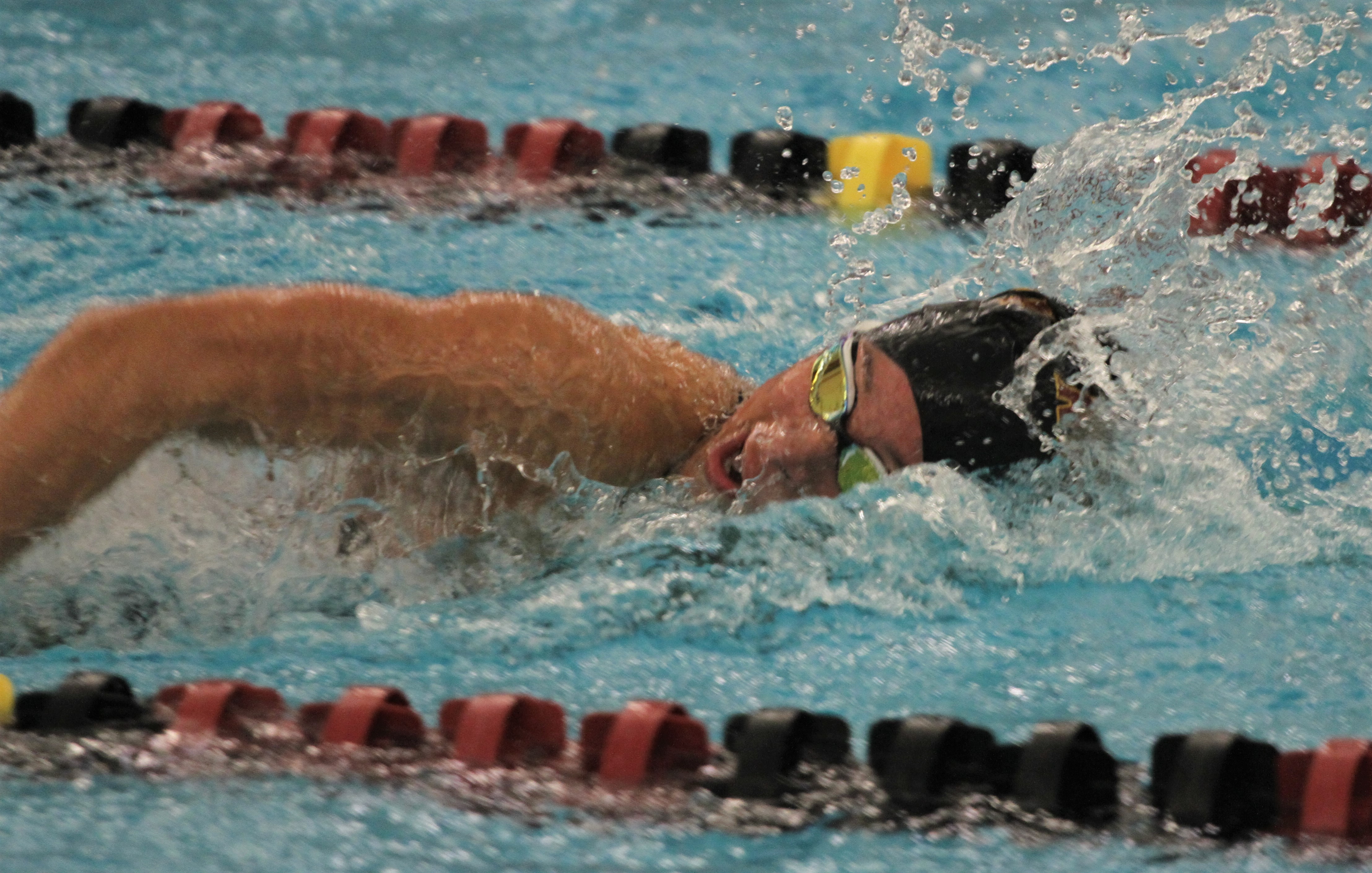 The CIML Central Conference meet at Trail Point Aquatics Center showed the Ankeny girls’ swimming team what to expect in a couple of weeks at the state meet.

Four of the top six teams in Iowa came together on Thursday at Ankeny’s home pool. It resulted in a lot of fast races.

“The conference meet this year was stacked with talent,” said Ankeny coach Michelle Stout. “Some of the times the girls were swimming were incredibly fast. With over 200 girls competing from many of the best teams in the state, we expected great races in every event. You could even say it was a good preview to the state meet in two weeks.”

Top-ranked Dowling Catholic racked up 521 points to capture the league crown. No. 2 Ames, the defending champion, took second with 431.

“Our girls had a fantastic meet,” Stout said. “We are at a season-high for power points (3,739), and there was a large number of outstanding swims with season and personal best times.”

The Hawkettes won four events, including Sydney Jorgensen’s victory in the diving on Tuesday. The foursome of Alexis Henning, Erica Peters, Scout Bergwall and Jasmine Rumley won the 200 medley relay with a time of 1:48.32, defeating Dowling by nearly a full second.

Rumley won the 100 freestyle by more than 2 seconds over Dowling’s Mary Martin. After the race, Rumley pumped her fist when she saw her time on the scoreboard.

“I just knew I wanted to win, and I told the girls before the meet even if you are hurting just push through,” Rumley said. “So I did that myself, and the outcome was amazing.”

Ankeny’s other victory came in the 100 breaststroke, where Peters posted a winning time of 1:10.69. She edged Lauren Fisher of Ames by .44 seconds.

“Erica had a season-best time after a great diving meet on Tuesday,” Stout said. “She also contributed to the winning medley relay as the breaststroker.”

The Hawkettes placed second in the 200 freestyle relay. The quartet of Mia Pearson, Bergwall, Madison Carleton and Rumley was clocked in 1:38.01.

Ankeny later ended the meet with a third-place finish in the 400 freestyle relay. The team of Pearson, Carleton, Myah Rozinek and Henning posted a time of 3:42.64.

Bergwall, who verbally committed to swim at Northern Iowa on Tuesday, took third in the 100 butterfly in 59.15 seconds. She also placed sixth in the 100 backstroke in 1:00.37.

Henning finished third in the 50 freestyle. She was clocked in 25.28 seconds.

“Maddie continues to improve in the 500 free,” Stout said.