You are here: Home / Top Sports Stories / Nation’s No. 8 team edges Wartburg in 2nd round of NCAA Tournament 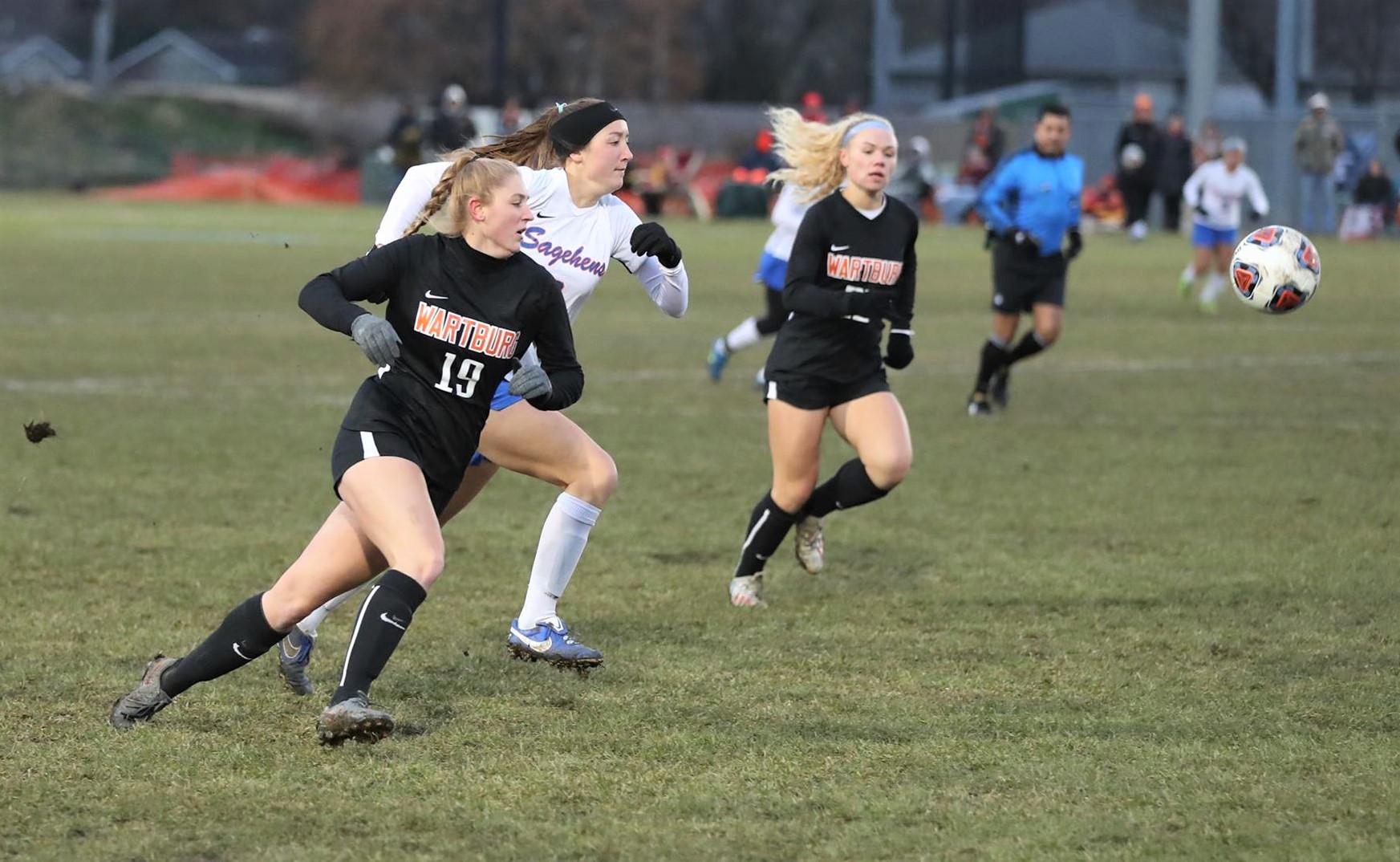 An early goal proved to be the difference as the Wartburg College women’s soccer team ended its season on Sunday with a 1-0 loss to eighth-ranked Pomona-Pitzer (Calif.) in the second round of the NCAA Division III Championship at Waverly.

The Sagehens (19-1-1) scored the game’s only goal at the 6-minute mark, when sophomore Anna Ponzio settled a ball in the box and then found the net. That was all that Pomona-Pitzer needed as the team went on to post its seventh straight shutout en route to a berth in the Sweet 16.

Muddy conditions slowed down both offenses in the first half. As the game went on, the conditions got worse and made it more difficult for either team to get its offense going.

The Sagehens outshot Wartburg by a 13-5 margin. The Knights had a 3-0 corner kick advantage.

Wartburg, which ends its season with a 14-3-2 record, advanced to the second round after defeating Concordia Wisconsin, 4-0, on Saturday. Joy Smith had a goal and an assist for the Knights, who scored all four of their goals in the first half.

The Knights have played in three consecutive NCAA Tournaments. Wartburg’s appearance in the Round of 32 was its first since 2015.