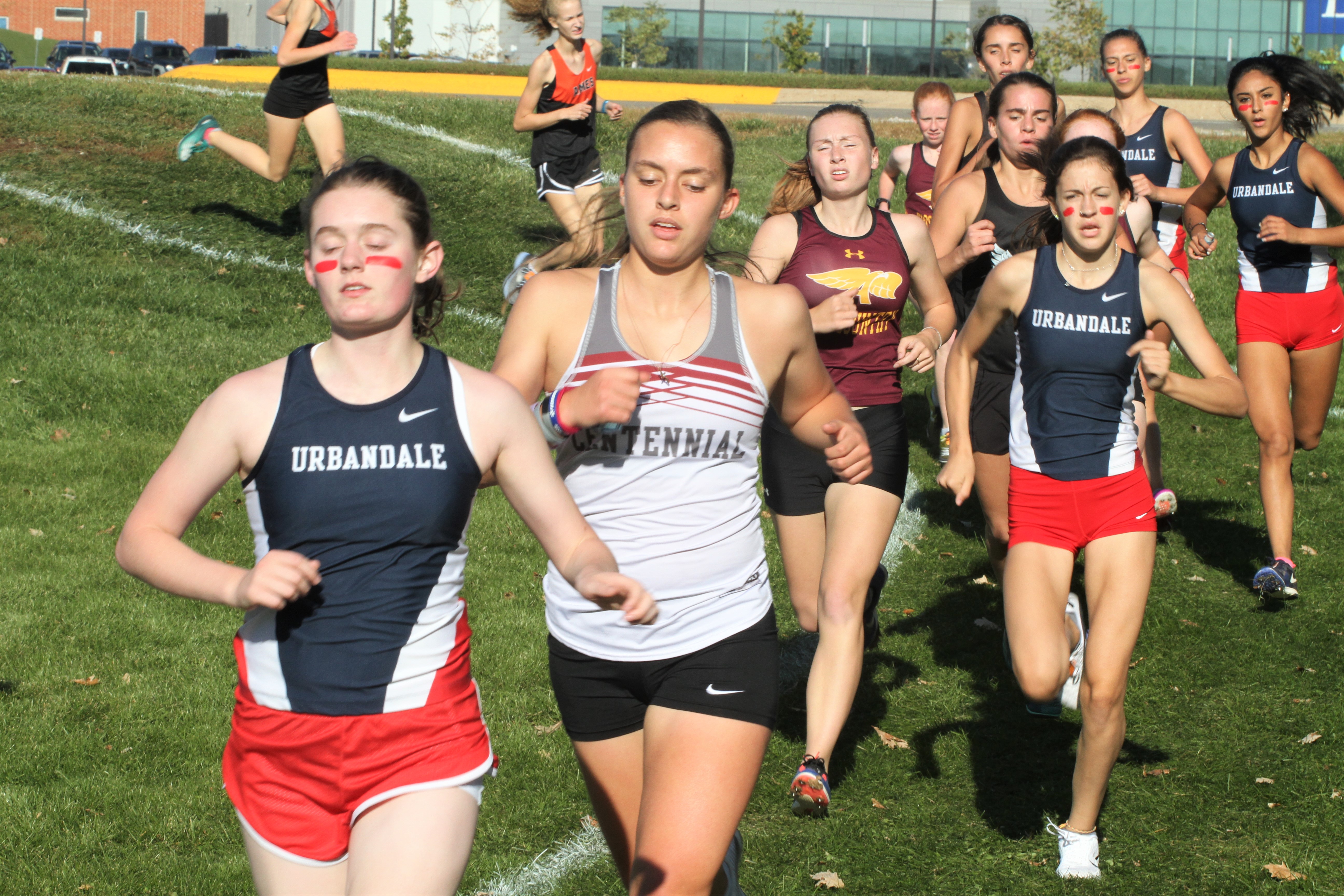 Seniors Sophie Lee and Jeanne Peters were two of the top runners this season on the Ankeny Centennial girls’ cross country team. They helped the Jaguars to a runner-up finish in the CIML Central Conference meet on Oct. 17 at DMACC.

Lee and Peters both joined the varsity team as freshmen in 2016, when they helped Centennial to an eighth-place finish in the Class 4A state meet, the team’s highest finish ever. They both went on to become three-time state qualifiers.

Congratulations on a great high school cross country career. What is your favorite memory of running for the Jaguars?

Lee: My favorite part of running cross country has been building so many great friendships. The sport has brought me countless memories. Most of the girls would probably agree that the thing we will miss the most is the team dinners because it was time to eat as much as we could and bond with each other.

Peters: This is by far the hardest question because I have so many amazing memories. In general, the friendships I have formed with all of my teammates but especially with Emma Gordon and Grace Meador outlast the cross country seasons. Besides the inside jokes with my teammates, one of the greatest acts of selflessness I have ever witnessed was Morgan Graybill giving up her state qualifying spot for Brianna Smith last year, so Bri would qualify for the academic all-state award. Off the cross country course, some of my favorite running memories are pushing my friend Ryann Marzen (who uses a wheelchair) in road races.

When did you first start running competitively, and what did you like about it?

Lee: I didn’t start running cross country until eighth grade when I impulsively joined because a friend asked me to do it with her. It was really difficult for me at first because I was not used to running so far, but I learned to enjoy competing and pushing myself to get better. My favorite part then, and still today, was the social and team aspect of the sport.

Peters: I began running competitively and consistently in eighth grade (I previously had only run a few road races and a track camp in seventh grade), and I was hooked because of the people. I loved my teammates and the atmosphere we created; apparently it was appreciated by others too because we started out as the smallest eighth grade cross country team ever and we finished as the largest senior class ever with 27 girls. When I began running I continued to swim–I swam competitively from age 6 to 15–and the sports were surprisingly similar in nature. Both require inner drive and you get out what you put in. However, with running it was nice to breathe whenever I wanted.

What life lessons do you think you learned from competing in this sport?

Lee: I learned that hard work and dedication can help you to accomplish any goal, but I also learned that not everything will go as planned and that is OK. Running track club by myself over the summers has taught me to be extra thankful for the workouts with my girls because they make them so much more enjoyable. Lastly, I learned that a positive attitude is everything and you are not growing unless you step outside your comfort zone.

Peters: Cross country is a sport about life. The highs and the lows. The love and the pain. The coaches have shared many of the lessons with us in their pre-meet speeches regarding confidence, grit and struggle. This season taught me about being a team and a teammate especially when we missed qualifying for the state meet. We didn’t just get to share the highs, we also share the lows and have to pick ourselves up to lift the others up too. Not one of us blamed another person on the team, but many blamed themselves. We decided that it was not one person’s fault. I wouldn’t want anyone blaming themselves, so I couldn’t blame myself either.

Obviously, your season didn’t end the way you would have liked. Did it seem strange to not be running at the state meet?

Lee: It was definitely strange to go to state to support (Kathryn Vortherms and Katie Jensen) and not run alongside them. In fact, I even got nervous when I first arrived because I was so used to having to prepare to run. It was disappointing not to be able to compete one last time to see what kind of race I could produce, but I am glad I got the opportunity to support the girls who ran and watch them close out their seasons on much higher notes.

Peters: Yes, it was strange. I think it was strange because I know we could have been there, but we weren’t. We had the right girls, just not the right race to make it this year. However, it was a lot of fun cheering on Kat and Katie during their race too. Normally we run in the same races, so the support we can offer during the race is limited.

Have you already started training to prepare for the track season, or are you taking some time off?

Lee: I took a week off after the Nike meet we traveled to so that I could rest and get healthy again. I decided to go out for girls’ wrestling this year to have a new experience and also work out in a different way. The first week of practice kicked my butt, but I loved it and am ready for more! I plan to run throughout the wrestling season and focus more on running as the track season approaches.

Peters: I took some time off after cross country ended, but I started running and lifting last week.

What are the biggest differences between cross country and track, other than the distances that you run and the surfaces that you run on? Do you prefer one over the other?

Lee: The training I go through is different since I mainly run the mid-distances. Less training mileage is required. It also feels much more like a team sport because of the relays, and we can support each other throughout the whole meet. I prefer track over cross country because I like competing in the shorter distances and also being able to support the other girls.

Peters: Besides the distances and surfaces, the team dynamic of track is different than cross country. Because we train differently and separately in track, the team as a whole is less intertwined. However, the individual squads in track, specifically the distance squad, are tighter than cross country as a whole because there are fewer people. I prefer cross country because of the close knit team, the variety in courses, and the weather is cooler at the end.

Lee: I considered running in college next year and did a lot of different visits, but decided against going to college to run despite how much I enjoy it. Next year I plan to attend the University of Iowa to focus on my academics.

Peters: I am planning on attending Gannon University located in Erie, Pa., and joining their cross country team. I visited the campus this past weekend.

Lee: I plan on majoring in Pharmacy and minoring in Spanish.

Do you have any big plans for Thanksgiving?

Lee: I have no big plans and won’t be traveling far, but I am excited to get together with my family for Thanksgiving.

Peters: My grandparents are visiting from New Jersey to celebrate Thanksgiving.

How cold does it have to get outside before you decide to move your workouts indoors?

Lee: As a group, we typically decide which days to go out and which to stay inside, but most of the time we stay inside it is because of the poor conditions of the sidewalks since they can get very icy and dangerous. We also have to be timely in the winter because it gets dark outside much earlier.

Peters: I will run outside regardless of the temperature, but I am deterred by ice.