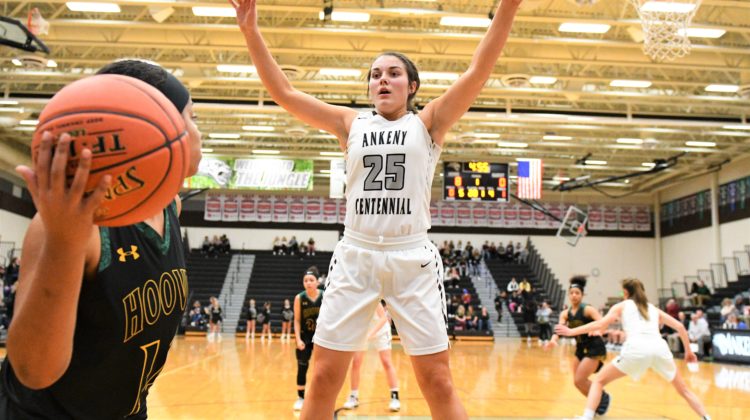 The eighth-ranked Jaguars raced out to a 23-0 lead at the end of the opening period. They built a 41-6 advantage at halftime and then cruised to a 76-15 victory over the Huskies.

Centennial coach Scott DeJong praised the teamwork of his players.

Meg Burns led the Jaguars’ balanced attack with 12 points. She made two of the team’s seven 3-point goals.

Centennial, which bounced back from Tuesday’s loss at No. 5 Southeast Polk, improved to 2-1 on the season. The Huskies (0-4) were held to fewer than 20 points for the third straight game.

The Jaguars will play at No. 12 Valley (1-3) on Tuesday before traveling to No. 4 Johnston (3-1) on Friday for their CIML Central Conference opener.