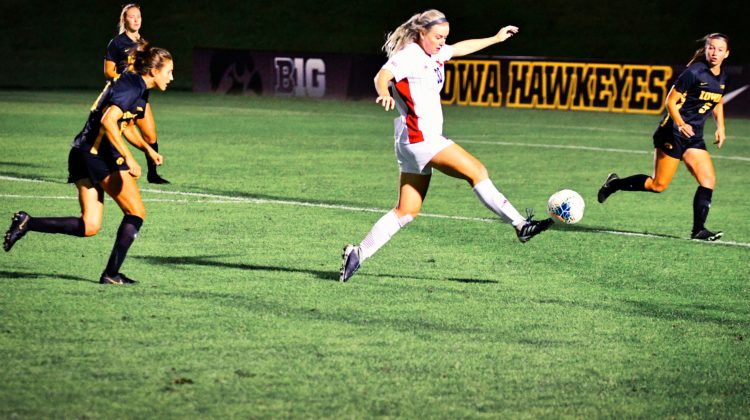 That dream became a reality on Thursday.

The former Nebraska star is headed to the National Women’s Soccer League. Reign FC traded for the seventh pick in the fourth round of the draft, then used that pick to select Brandt.

She was the 34th overall selection in the 2020 NWSL College Draft.

“Thank you so much @ReignFC for giving me this amazing opportunity!” Brandt tweeted. “Such a dream come true. I cannot wait to get started!!”

Reign FC is a founding member of the nine-team league. The franchise is based in Tacoma, Wash.

Reign FC traded the NWSL rights of Christen Westphal to Portland Thorns FC in exchange for the 34th overall pick. The Reign then selected Brandt, a formidfender who can play all over the field.

Brandt was a standout at both Ankeny and Ankeny Centennial. She won a state title as a freshman at Ankeny in 2013, then won another crown as a senior at Centennial in 2016. She was the captain of the all-tournament team both years.

Brandt was the Gatorade Iowa Girls Soccer Player of the Year in both 2015 and 2016. She also earned all-region honors from Top Drawer Soccer in 2016.

Brandt then moved on to Nebraska, where she played in every game all four years for the Cornhuskers. She finished her college career with 12 goals and seven assists in 80 appearances and was named to the Big Ten all-tournament team in 2018.

Brandt has earned several call-ups to the U-23 USWNT.