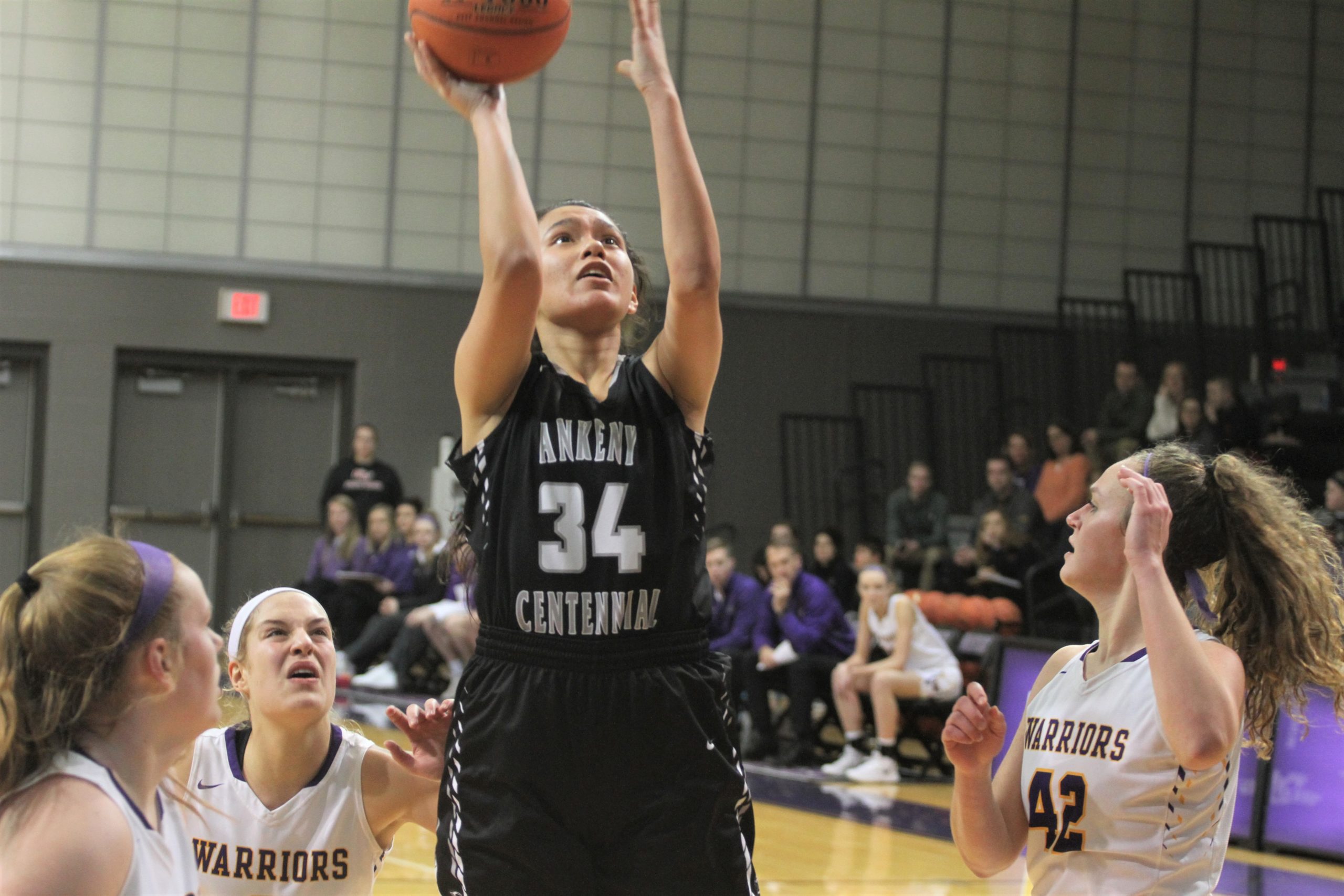 The 10th-ranked Jaguars fell behind after the first quarter, 25-7, and eventually dropped a 55-33 decision in a non-conference game at No. 5 Waukee. It was their lowest offensive output of the season and their lowest total overall since a 46-27 loss at Johnston last year.

“It was disappointing to say the least how we came out from a mental standpoint,” said Centennial coach Scott DeJong. “We knew they would take it at us, and we didn’t handle it well at all. We weren’t prepared.”

Three different Waukee players made 3-point goals in a 12-2 run that closed out the opening period. Reagan Bartholomew and Abigail Jones hit back-to-back treys to start the run, then Katie Dinnebier completed the flurry with a spectacular 4-point play as the buzzer sounded.

With 1.5 seconds left on the clock, Dinnebier received an inbounds pass on the left wing. She turned and banked in a 3-pointer with her left hand–her non-shooting hand–while being fouled; she then made the ensuing free throw.

The Warriors scored 18 points off Centennial turnovers in the first quarter, relying on a full-court zone press and a half-court zone defense to frustrate the Jaguars.

“We gave them a lot of points,” DeJong said.

Waukee held a 33-16 lead at halftime. The Warriors got a steal and layup from Bartholomew to end the second quarter.

Centennial tried to rally in the second half. The Jaguars went on a 10-0 run in the third quarter to pull within 37-30.

Jackie Pippett started the run with a basket. Alexandria Keahna-Harris converted a 3-point play, Meg Burns followed with a 3-pointer, and Harris then scored off an offensive rebound.

However, the Jaguars scored just three more points in the final 13  minutes of the game.

“We were playing how we should be, and then all of the sudden we reverted back just enough that (the lead) went back up,” DeJong said. “They had 3 3s (to end the third quarter), and then you’re battling uphill again.”

Megan Earney hit a 3-pointer from the left corner to halt Centennial’s run with 4:44 left in the period. Jones later made another 3-pointer, and Lindsey Kelderman added another to give the Warriors a 49-31 lead after three quarters.

Burns and Pippett each had eight points for Centennial, which dropped to 8-8 on the season. Keahna-Harris had 13 rebounds and two blocks, while Taylor Runchey dished out three assists.