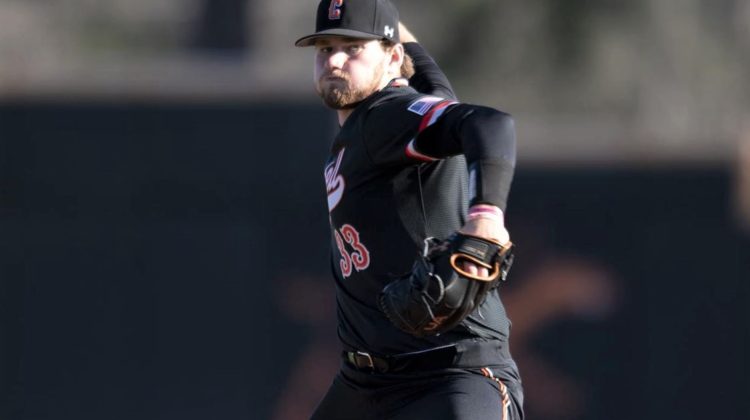 The transition to the Division I level has been a smooth one for former Ankeny Centennial pitcher Cam Cowan.

For the second time this season, Cowan has been named the Big South Starting Pitcher of the Week, as announced by the league office on Monday. Making his third start of 2020, Cowan tossed seven shutout innings in Campbell’s 5-0 combined shutout victory over Army on Friday in the Armed Forces Invitational.

Cowan, a transfer from Kirkwood Community College in Cedar Rapids, struck out eight batters in his seven innings while conceding just one walk and two hits, both of which were singles. He sat the Black Knights down in order in the second, fourth and sixth innings, not allowing a hit until the fifth.

With three starts to his record so far, Cowan has amassed a league-high 28 strikeouts over his 18.0 innings for a 14.00 strikeouts per nine innings pitched average, another Big South best mark.

Cowan earned his first Big South Starting Pitcher of the Week award on Feb. 17 after he tied a program record with 15 strikeouts in 8.1 innings at No. 23 South Alabama. Cowan struck out at least one Jaguar in all nine innings, fanning the side in the first and again in the eighth; he also punched out two in the second.

Prior to the season, Cowan was named a preseason All-Big South right-handed pitcher in Perfect Game’s Big South Preview, and was ranked as the Big South’s third-best prospect for the 2020 MLB Draft, as recorded in D1Baseball’s top 20 Big South prospects list.

Cowan played two years of NJCAA Division II baseball at Kirkwood, where he finished his junior college career with 87 strikeouts across 72.1 innings pitched. In 2018, he helped lead Kirkwood to its first NJCAA World Series appearance since 1999.