You are here: Home / Hawks / Winter / Boys' Basketball / ‘It’s just another game for me’: Bayless pours in 41, leads Hawks into semifinals 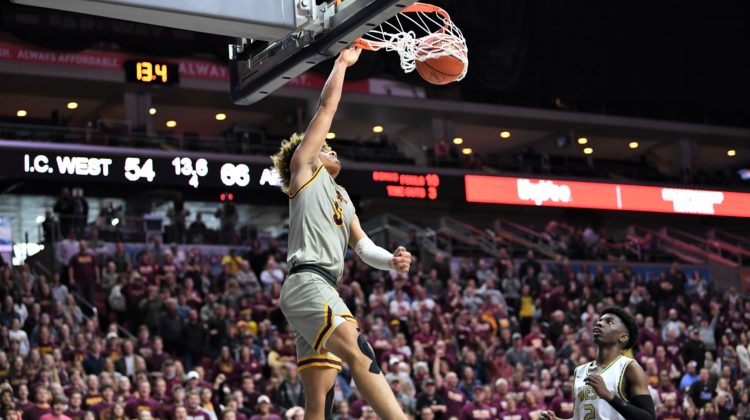 Braxton Bayless and the Ankeny boys’ basketball team will be joining their crosstown rival in the Class 4A semifinals on Thursday night.

Bayless poured in a career-high 41 points, including 17-of-19 free throws, to lead the sixth-seeded Hawks to a 68-54 victory over No. 3 Iowa City West in the quarterfinals on Wednesday morning at Wells Fargo Arena. He punctuated the win with a one-handed dunk for the game’s final points with 13 seconds left.

“It’s just a crazy feeling, but it’s just another game for me,” said Bayless.

Check back later for complete coverage of the game.