You are here: Home / Jaguars / Winter / Boys' Basketball / An all-Ankeny final? Here are Ankeny Fanatic’s predictions for 4A semifinals 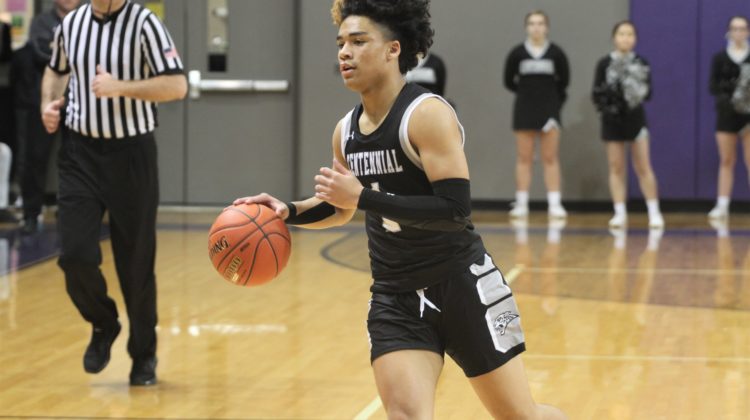 As of now, the Class 4A semifinal games are still on for Thursday night at Wells Fargo Arena, but things can change in a hurry with the coronavirus. The Big Ten and Big 12 basketball tournaments have already been cancelled today.

But, if the show goes on, it’ll be an historic night for the community of Ankeny. Both Ankeny and Ankeny Centennial have reached the semifinals, and the crosstown rivals could meet for a third time on Friday–either in the championship game or the third-place game.

So how will the semifinal games turn out? Here are Ankeny Fanatic’s predictions:

No. 1 Ankeny Centennial (24-1) vs. No. 4 Waukee (22-2): This will be a rematch of a game on Jan. 28, when the Jaguars posted a 78-70 victory at Waukee–perhaps their most impressive win of the season. Preston Kelling led four Centennial players in double figures with 23 points. The Jaguars built a huge lead before Waukee rallied behind Tucker DeVries, who poured in 36 points in a losing effort. Centennial is coming off a 53-51 win over Davenport North in the quarterfinals on Tuesday, when the Jaguars survived a last-second 3-point shot by the Wildcats’ Mehki Jacobs that bounced off the rim. The win was a little too close for comfort for Centennial coach Bob Fontana, but it was also the kind of victory that can fuel a team to a championship. The Jaguars are riding an 18-game winning streak, while Waukee has won 12 straight games since the loss to Centennial. This one should be a barnburner, but I think the Jaguars will escape with another narrow win. Prediction: Centennial 60, Waukee 58.

No. 2 Cedar Falls (22-2) vs. No. 6 Ankeny (19-5): The Hawks pulled off the only upset in the quarterfinal round, jumping on the back of Braxton Bayless and riding his brilliant 41-point performance to a 68-54 victory over No. 3 Iowa City West. Cedar Falls, meanwhile, forced two huge turnovers in the final minute to hold on for a 64-62 win over Dowling Catholic, keeping the Tigers’ hopes alive for a third consecutive Class 4A crown. Cedar Falls has a lot of things that could give Ankeny trouble–a balanced attack, plenty of size and a championship pedigree. But I picked against Bayless and the Hawks in the opening round, and I won’t make that mistake again. It might take another 40-point outburst from their senior point guard to dethrone the Tigers, but Bayless will be up to the task. Prediction: Ankeny 65, Cedar Falls 61.