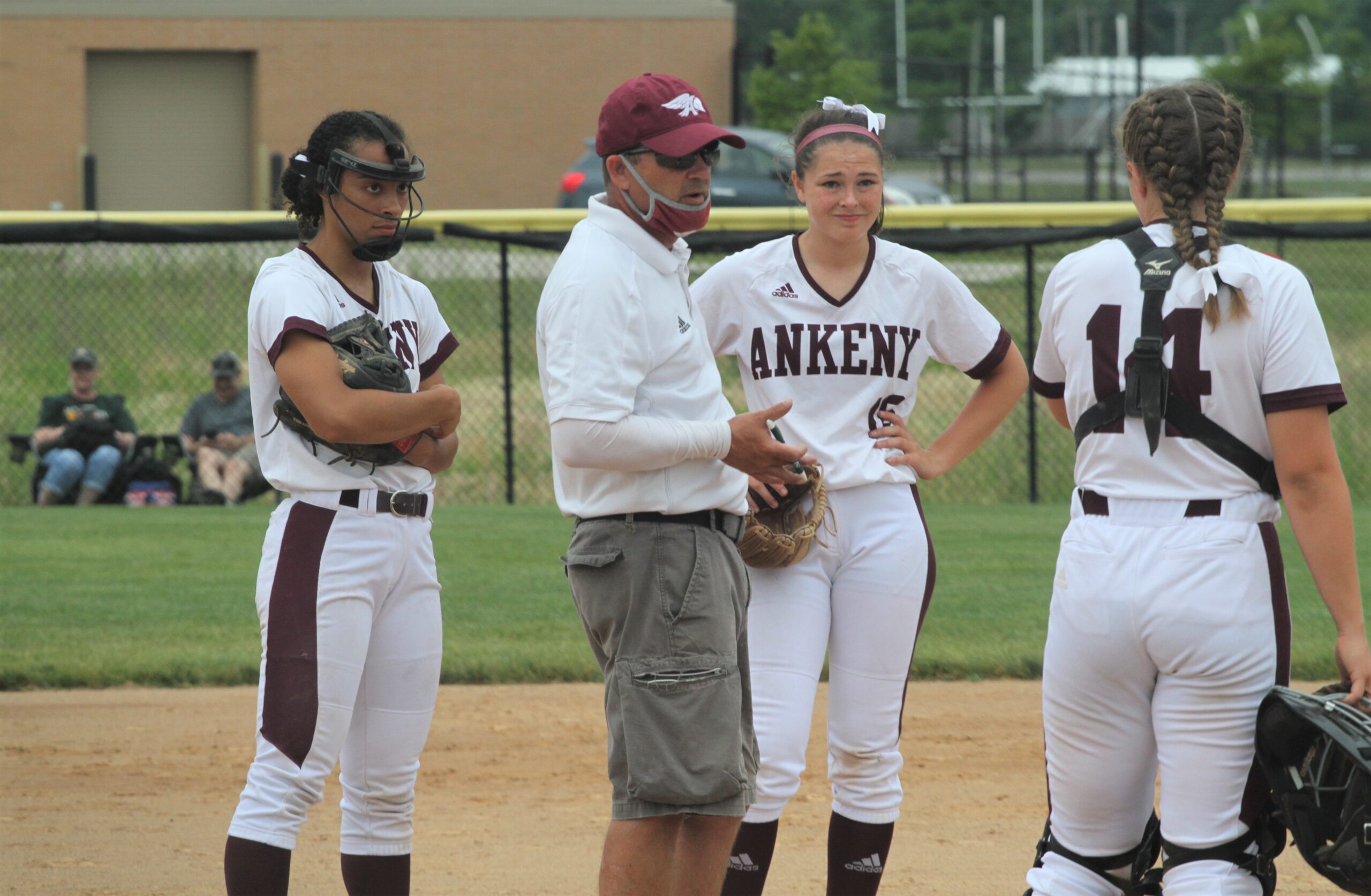 The Ankeny softball team traveled to the Fort Dodge Invitational on Saturday and came away with a pair of victories.

The Hawkettes posted a 10-3 win over SIoux City Heelan. They then followed with a 2-1 triumph over Central Springs, the No. 6 team in Class 2A.

Kendra Winfrey (4-0) tossed a three-hitter in the victory over Heelan (2-4). She had nine strikeouts and did not allow an earned run.

“We gave up three runs on a passed ball,” Bingham said. “Other than that, we were lights out defensively and on the mound.”

Jasmine Rumley went 2-for-3 with a home run and two RBIs. It was her second homer of the season.

“Our hitting came around late in that one,” Bingham said. “Jasmine hit one a long way. Our eighth grader (Johnson) hit one off the top of the fence. One more biscuit for breakfast and she would have got a homer, too.”

Murphy had one of the Hawkettes’ four stolen bases, her 11th of the season. She ranks in the top five in the state in that category along with Rumley, who now has 10 steals.

In the next game, Central Springs (5-2) took a 1-0 lead in the first inning when Madisyn Kelley homered off Ashtyn Billings. Billings allowed four hits over the first four innings before being replaced by Kayla Brummer (1-0).

Ankeny tied the game in the fourth. Carter singled, advanced to third on a double by Shelby Romig, and was knocked in by Parton.

Kailey Becker bunted for a hit in the seventh. She eventually scored the go-ahead run on a single by Rumley.

“Central Springs is a perennial state tournament team,” Bingham said. “They’ve got a chance to win their class this year.”

Two more ranked opponents appear on the schedule next week–No. 3 Johnston and No. 10 Ankeny Centennial.

“According to the rankings, we’re not supposed to win another game,” Bingham said. “I think it’ll be interesting to see how we do against teams that are supposed to be better than us. We’re looking forward to the challenge.”