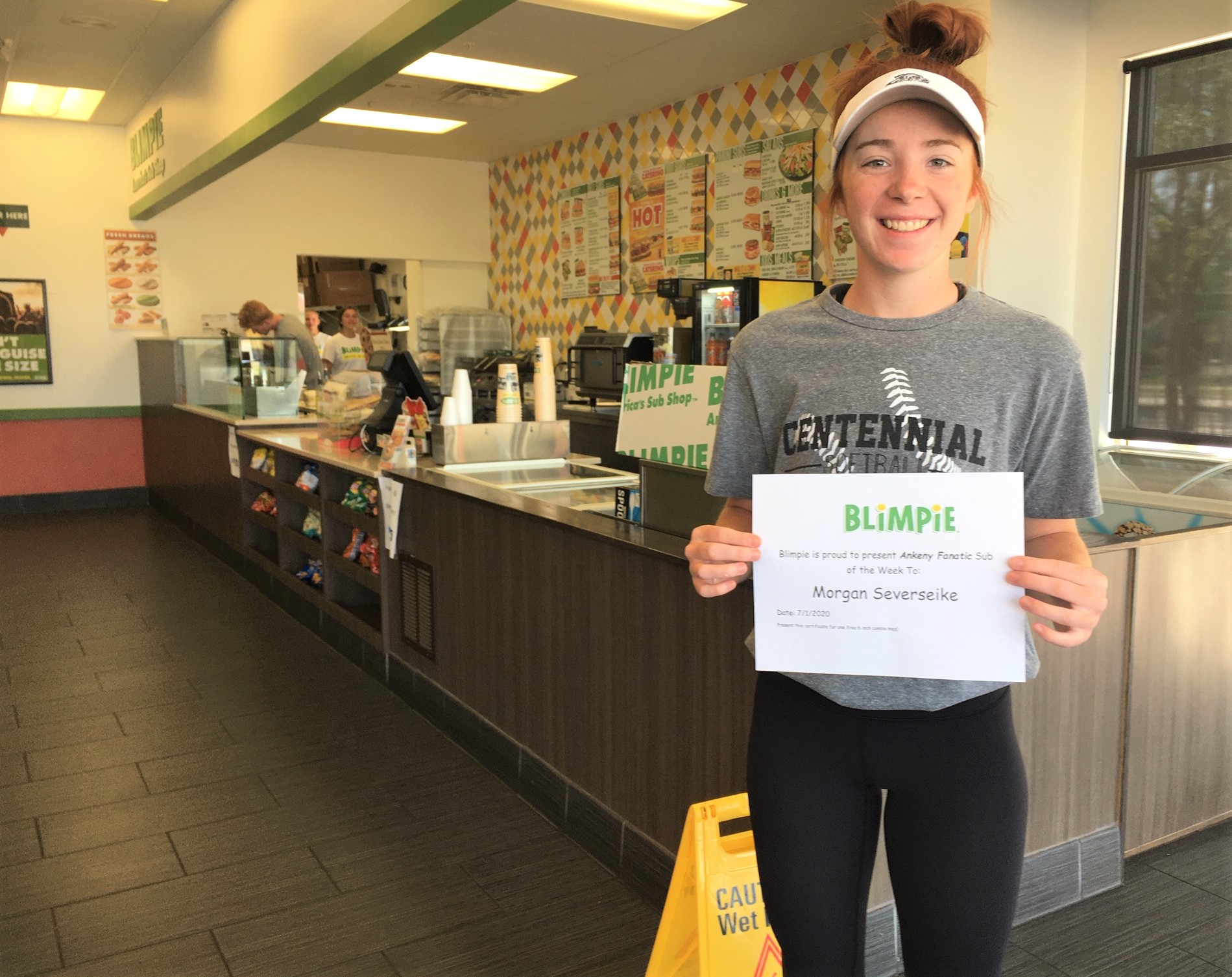 Junior outfielder Morgan Severseike is a member of the Ankeny Centennial softball team. She has helped the 11th-ranked Jaguars to a 13-3 record.

Severseike has appeared in 12 of the 16 games, scoring eight runs. She scored the game’s only run as Centennial posted a 1-0 victory over visiting Urbandale in the first game of Monday’s doubleheader.

“Morgan brings the best attitude day in and day out,” said Centennial coach Brett Delaney. “She’s one that shows up early, she stays late, helps clean up and any role that we give her she’s eager to get in. She’s currently been a courtesy runner for us, always giving 110 percent every day. She’s just doing great work for us.”

The Jaguars will travel across town to play a doubleheader at No. 15 Ankeny (9-7) on Wednesday.