You are here: Home / Hawks / Hawkettes rebound from loss with dominating sweep over S.E. Polk 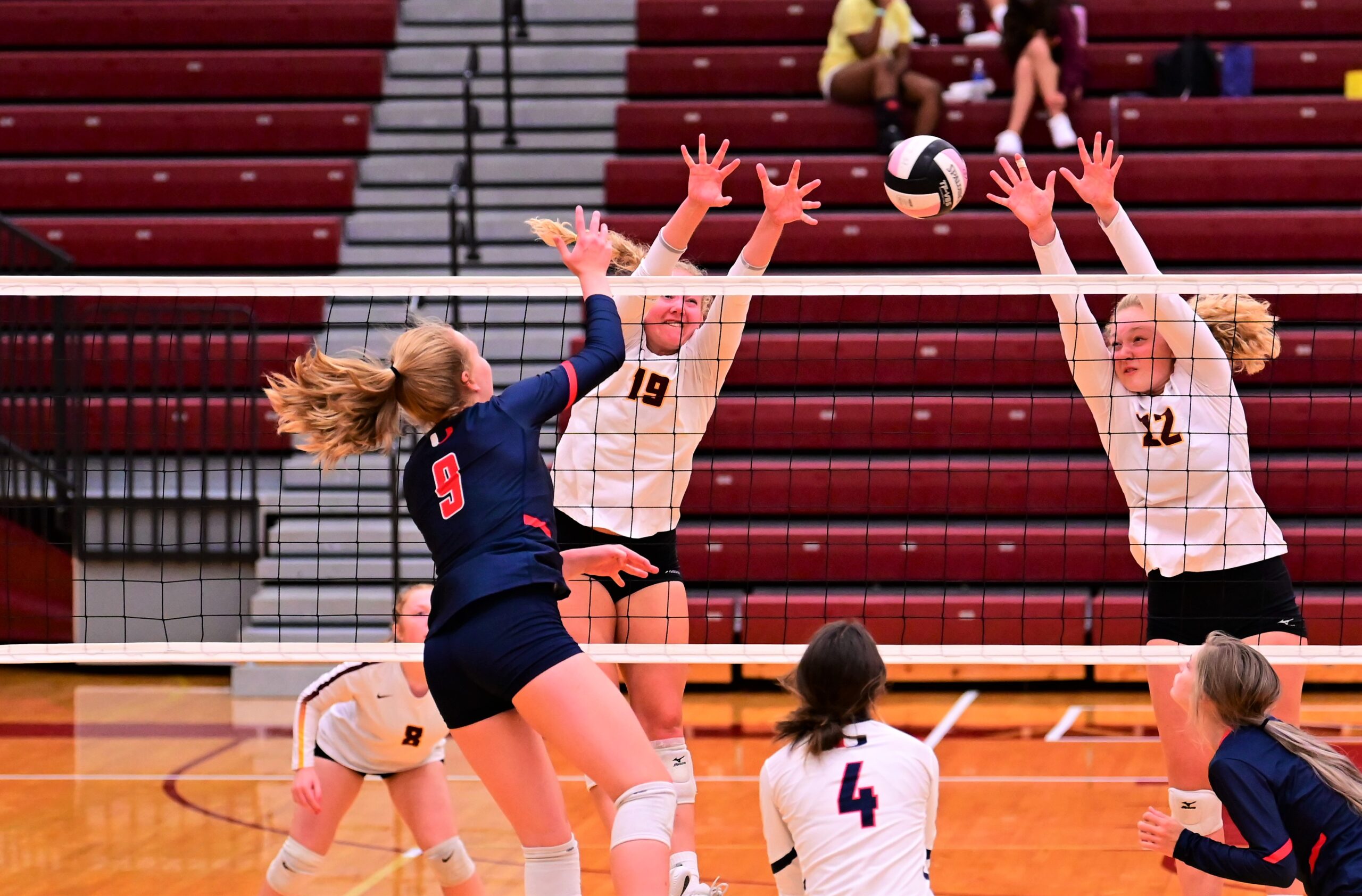 The Ankeny volleyball players appeared to be in a hurry to get home.

Ankeny bounced back from a five-set loss to No. 4 Dowling Catholic on Saturday at the Ankeny triangular.

“We got back on track,” said Ankeny coach Dave Whims. “We did a lot of mixing players into the match in each set. Southeast Polk is rebuilding and has a young team. We took advantage of our blocking, and our serve receive was much better. Both items we worked on extensively in practice on Monday.”

The score was tied at 6-6 in the first set before Ankeny took control of the match. The Hawkettes then scored 19 of the next 21 points to close out the set.

Aowyn Schrader had eight kills to lead the team’s balanced attack. Her sister, Phyona, had seven kills–and so did Ava Reynolds and McKenna Scheib.

Thirteen different players saw action for Ankeny, including Hannah Baier, who added four kills. The Hawkettes hit .456 as a team.

Phyona Schrader had no hitting errors in nine total attacks for a .778 hitting percentage. She also contributed 21 assists and three blocks while racking up five of the team’s 11 aces.

Scheib added three aces in the win. Halle Ouellette completed all 13 of her serves, while Lexi Stephens had a team-high four digs.

“We still need to pick up our serving percentage,” Whims said. “We are figuring out our rotations and what works best.”

Ankeny will play in the Valley quadrangular on Saturday. The event will feature four of the top seven teams in Class 5A–No. 1 Valley, Ankeny, Dowling and No. 7 Waukee.

“All four teams were at state last year and have the potential to return again this year,” Whims said. “This quad will set the tone for our season. Whether we win or lose the matches will not matter. But growing and learning hopefully will be the big bonus of playing this quad.”