You are here: Home / Jaguars / Fall / Football / Jaguars look ahead to playoffs after ending regular season with loss at Valley 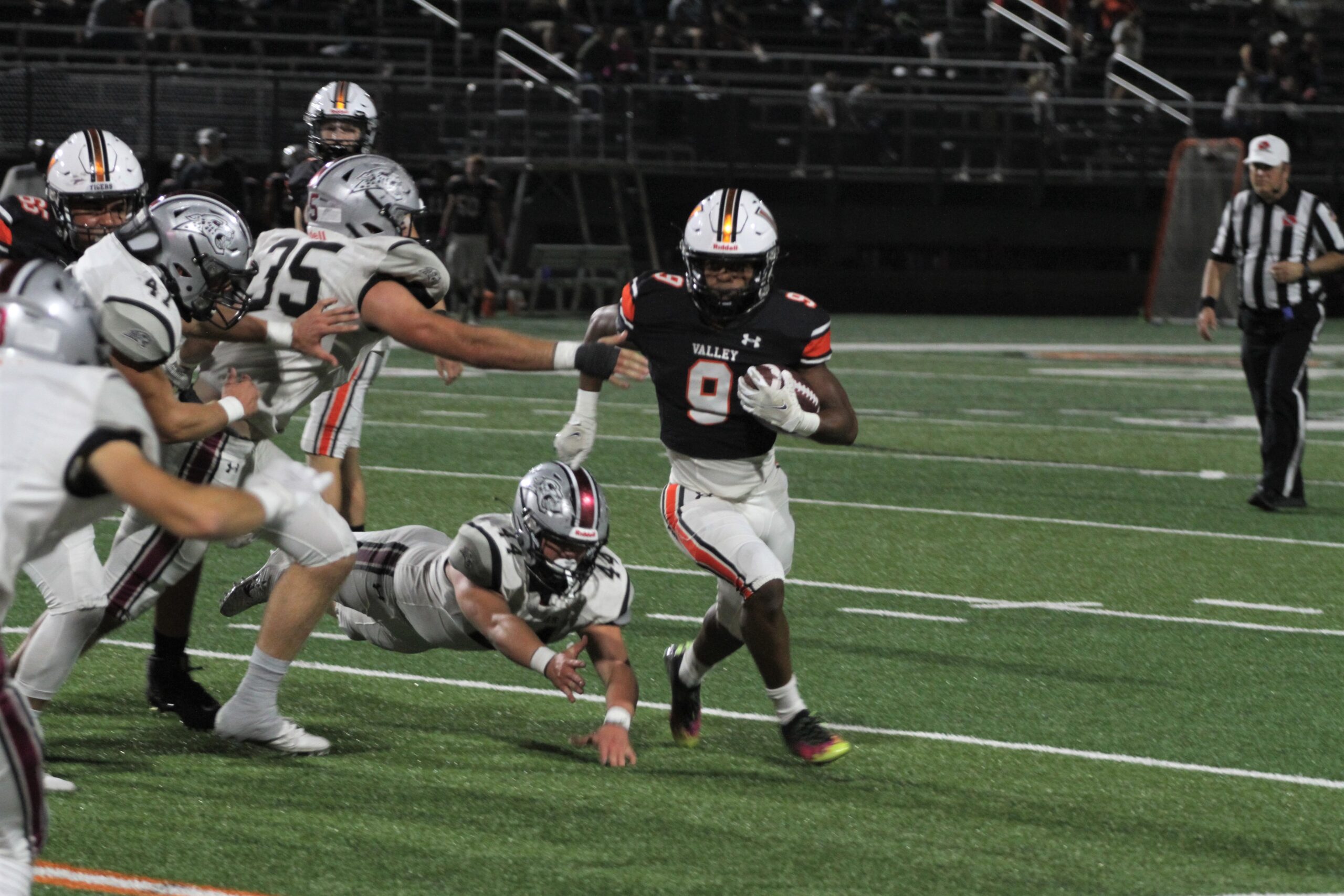 The Ankeny Centennial football team was looking to build some momentum heading into the Class 4A playoffs.

The Jaguars finally got some during the second half of Friday’s regular-season finale at Valley.

It was just a little too late.

After Valley jumped out to a 27-0 halftime lead, Centennial outscored the Tigers in the second half, 10-0, to come away with a 27-10 loss  The Jaguars dropped to 1-5 on the season, while Valley improved to 2-4.

“Going into halftime we knew we needed to come back and get some momentum, and the kids responded,” said Centennial co-head coach Ryan Pezzetti. “Our defense played well, and offensively we moved the ball well the second half. We were pleased with the second half, but it was just too big of a deficit to overcome.”

Kohl ran for the Jaguars’ lone touchdown in the third quarter. Centennial added a field goal in the final period.

The Jaguars held Valley to just 200 total yards, but the Tigers took advantage of great field position as the entire first quarter was played in Centennial territory. Centennial did not get a first down until the final play of the opening period.

“I think everything that could go wrong did go wrong in the first half with some turnovers and mistakes,” Pezzetti said. “We dug ourselves a pretty big hole against a Valley team that’s a lot better than their record indicates.”

The Tigers started their next possession at Centennial’s 30 following a short punt into the wind. The Jaguars’ defense then got a stop, forcing Valley to settle for a 41-yard field goal by Lennox Krell.

An interception by Trey Krause set up Valley’s next score. Morrow threw an 11-yard touchdown pass to Eli Raridon, who bounced off two Centennial defenders at the 1 and bulled his way into the end zone to give the Tigers a 17-0 lead with 1 minute 19 seconds left in the first quarter.

Krell booted a 33-yard field goal to make it 20-0 midway through the second quarter. Jayden Williams then added a 6-yard touchdown run about 2 minutes later after Valley recovered a backwards pass from Kohl that fell incomplete, turning into a fumble.

Centennial then fumbled away the ensuing kickoff, but the Jaguars avoided further damage when Keegan Andriano intercepted a Morrow pass at the 2-yard line late in the half.

“We had two great weeks of practice (after defeating Ames on Sept. 25),” Pezzetti said. “We had all the momentum going into this game, but watching that Valley-Waukee game (a week ago), Valley gave Waukee all it could handle (in a 31-23 loss). There’s just a lot of balance in the CIML this year, and anybody can beat anybody on any given night. I think Southeast Polk and Ankeny are probably the best teams, but everybody else is pretty even.”

Centennial will now await the announcement of the playoff pairings. Because of their record, the Jaguars could be placed in one of the play-in games on Friday.

“I think we’re prepared to play this week, but who knows how the (Iowa High School Athletic Association) will do the bracket,” Pezzetti said. “I know they’re going to take geography into consideration, so Ames and Ottumwa are two of the potential opponents that we could see in a play-in game. But we’ll be ready to go whenever they tell us to play.”