You are here: Home / Hawks / Fall / Girls' Swimming / Hawkette swimmers place 2nd at regional, qualify for state in every event 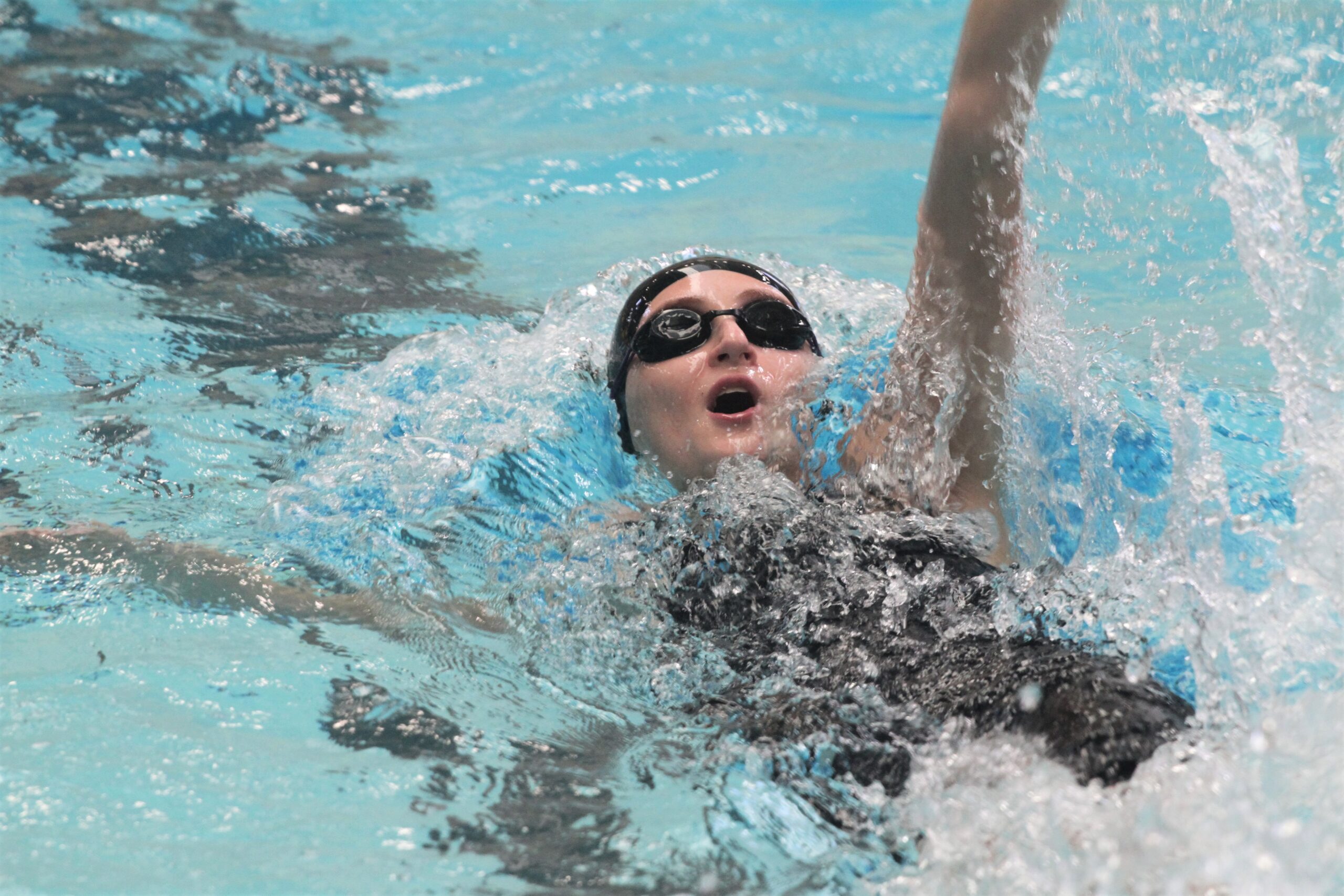 The Ankeny and Johnston girls’ swimming teams battled down to the wire on Saturday for the overall crown in a regional meet at Summit Middle School.

The eighth-ranked Hawkettes held a two-point lead going into the final event. But No. 4 Johnston then won the 400 freestyle relay in a time of 3:38.07, defeating Ankeny by about 2 seconds.

That victory allowed the Dragons to win the team title with 525 points. Ankeny finished with 521 points.

“The regional meet is always exciting and one of my favorite meets of the year. Today was no exception,” said Ankeny coach Michelle Stout. “Winning a spot to swim at the state meet is on the line so everyone swims lights out.  Although our sights are set to next week in Marshalltown, most all the girls swam season-best times and many had lifetime best times as well. We came up just a few points short of winning the regional championship, but are looking forward to next weekend.”

Ankeny was led by junior Alexis Henning, who won a pair of individual events. She took the 50 freestyle in 24.64 seconds, then later won the 100 backstroke in 58.52.

Henning edged Johnston’s Izzy Osborne by .08 seconds in the 50 freestyle.

“I was very happy with my times,” said Henning. “When I’m fully tapered, I know I will go much faster. I have a lot of confidence in myself and my main goal (at the state meet) is to get the 100 back (school) record.”

Henning was the 10th-fastest qualifier for the state meet in the backstroke. She is seeded 15th in the 50 freestyle.

“Alexis had an outstanding day, winning both her events and gaining some great seed times for state,” Stout said. “I’m anxious to see what she can do next week when she’s fully tapered.”

Carleton also helped the Hawkettes to a victory in the 200 freestyle relay. She teamed up with Mia Pearson, Rachel Rolow and Josie Parton to win the event in 1:41.01, edging Johnston by .35 seconds.

“All three of our relays swam season-best times and qualified for state,” Stout said. “We also were able to get qualifiers in every event this year, which is no easy task.”

Ankeny placed second behind Johnston in the 200 medley relay. The foursome of Henning, Anja Peck, Caroline Walker and Pearson was clocked in 1:49.61, the third-fastest time going into the state meet.

Henning later teamed up with Carleton, Rolow and Parton for the runner-up finish in the 400 freestyle relay. The Hawkettes posted a time of 3:40.08.

Peck placed second in the 100 breaststroke in 1:07.66, posting the eighth-fastest qualifying time in the state. Two of her teammates also advanced to state in that event–Erica Peters took fourth in 1:09.38, and Katie Brown finished fifth in 1:10.82.

“Caroline has made dramatic improvements this year,” Stout said. “She has stepped up for us and qualified in both of her individual events and did a great job on the butterfly leg of the medley relay.”

Johnston won eight of the 12 events, including the diving competition on Thursday. Brooklynn Kaster and Olivia Swalley each won two individual events for the Dragons and then swam on the winning 400 freestyle relay that clinched the team title.

The state meet begins on Friday at 11 a.m. with the diving competition. Ankeny’s Peters is seeded fifth in that event, while Dasha Toth is 14th and Hannah Kolars is 17th.