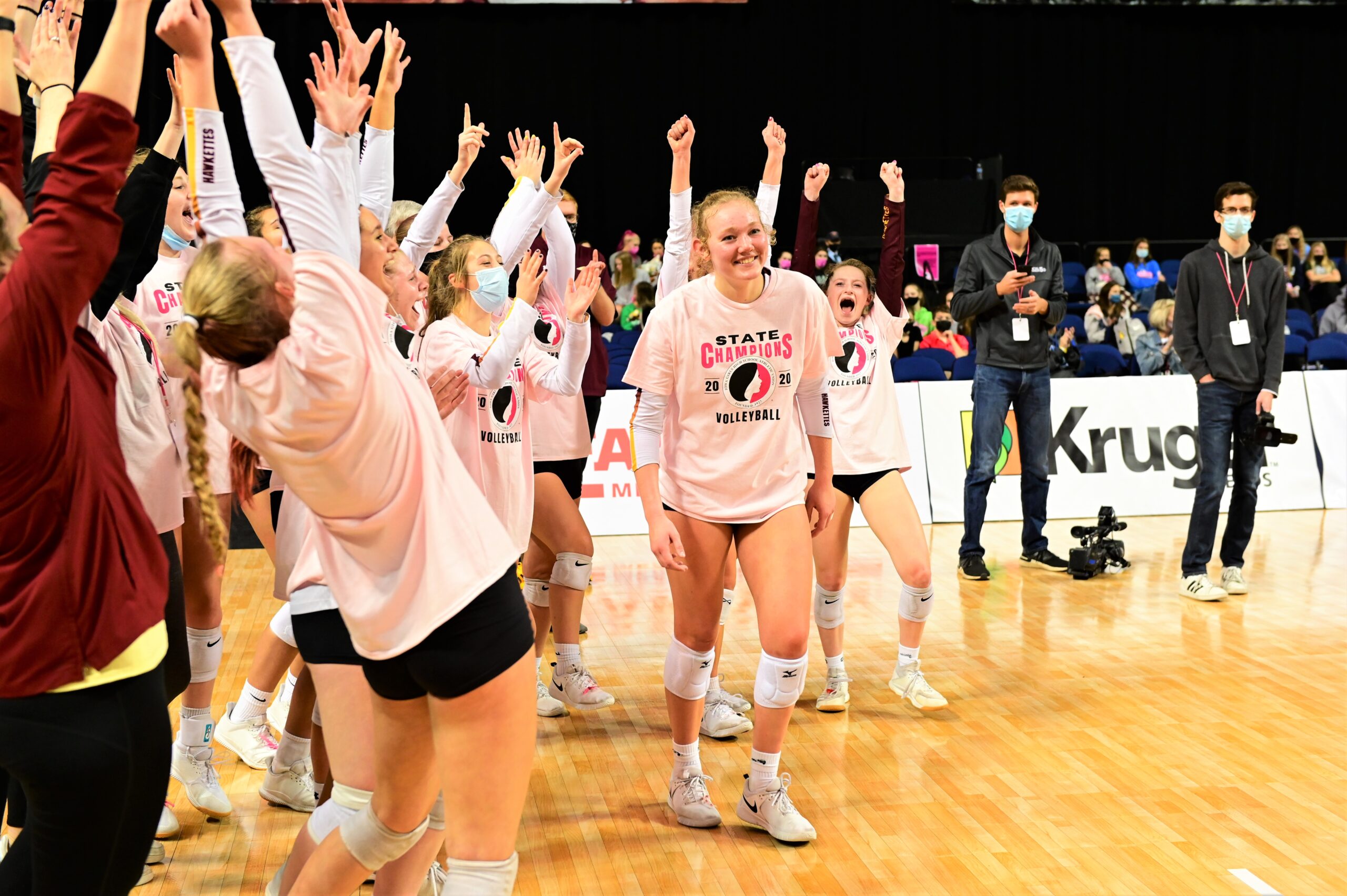 Ankeny volleyball standout Phyona Schrader has been named to the all-conference first team for the third straight year.

Schrader, a senior setter, was selected to the CIML Iowa Conference first team after leading the Hawkettes to the Class 5A state title. She also led her team to the league crown.

Schrader, who surpassed the 2,000-assist career mark this season, was a first-team pick in the Central Conference in each of the previous two years. She has committed to play for Notre Dame.

Schrader was joined on the first team by two of her teammates. Senior middle hitter McKenna Scheib and junior outside hitter Ava Reynolds were also honored by the league’s coaches.

Ankeny Centennial placed two players on the first team, junior outside hitter Olivia Anderson and junior middle hitter Monica Mirembe. The duo led the Jaguars to a second-place finish in the conference.

Junior liberos Ella Becker of Centennial and Lexi Stephens of Ankeny were both second-team picks. They were joined on the squad by middle hitters Peyton Mitchell of Centennial, a junior, and Aowyn Schrader of Ankeny, a freshman.