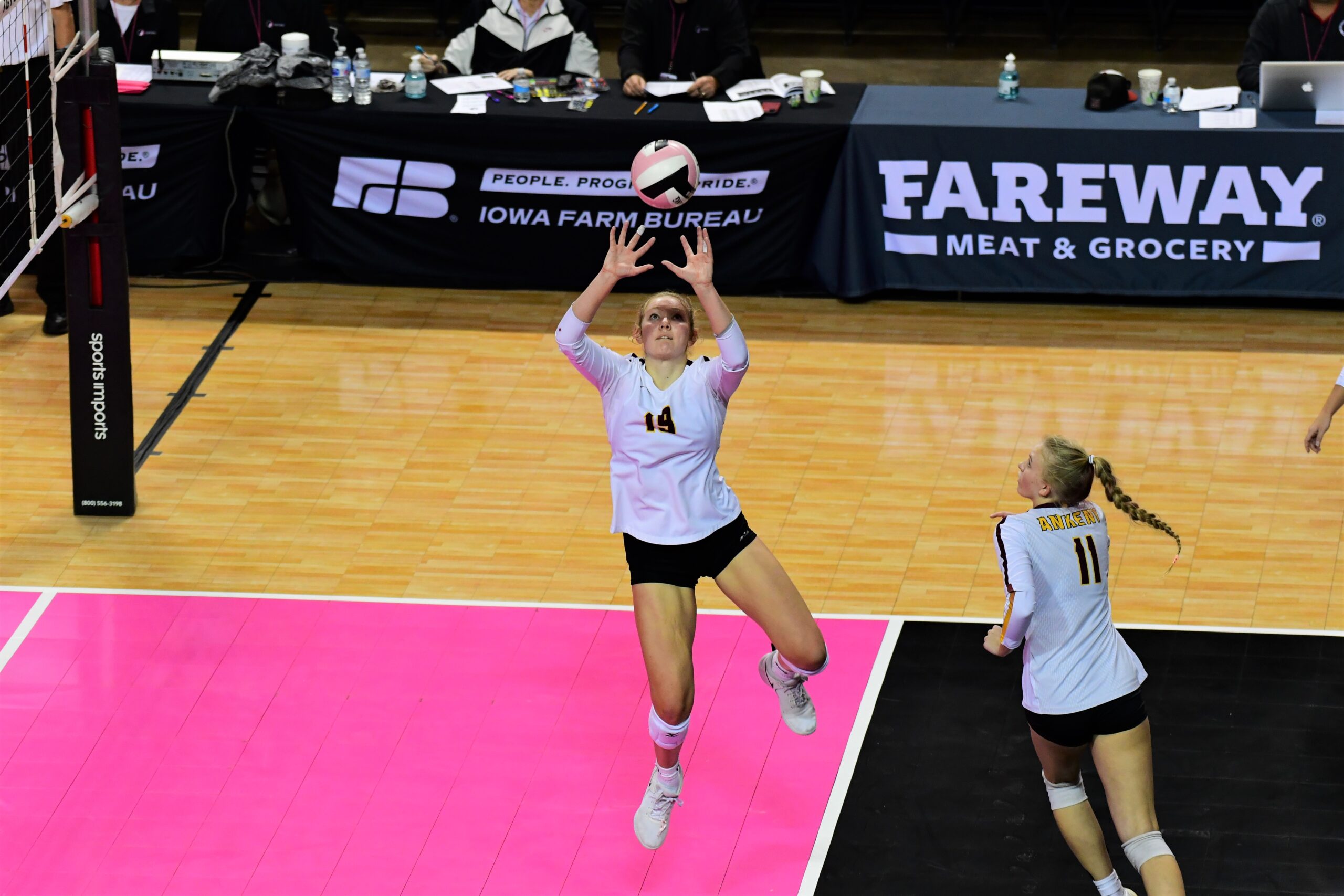 It has also been the year of Phyona Schrader.

The senior setter led the Ankeny volleyball team to the Class 5A state championship earlier this month. She was selected the captain of the all-tournament team.

Now, Schrader has received more honors from the Iowa Girls’ Coaches Association. She was named to the Elite all-state team and was also selected the state’s player of the year.

Schrader led the Hawkettes to a 22-2 record. She was also named the Class 5A player of the year.

Schrader was joined on the Class 5A all-state first team by two of her teammates–senior middle hitter McKenna Scheib and junior outside hitter Ava Reynolds.