You are here: Home / Hawks / Winter / Girls' Bowling / ‘I like everything about Grand View’: Ankeny’s Tetmeyer to bowl for Vikings 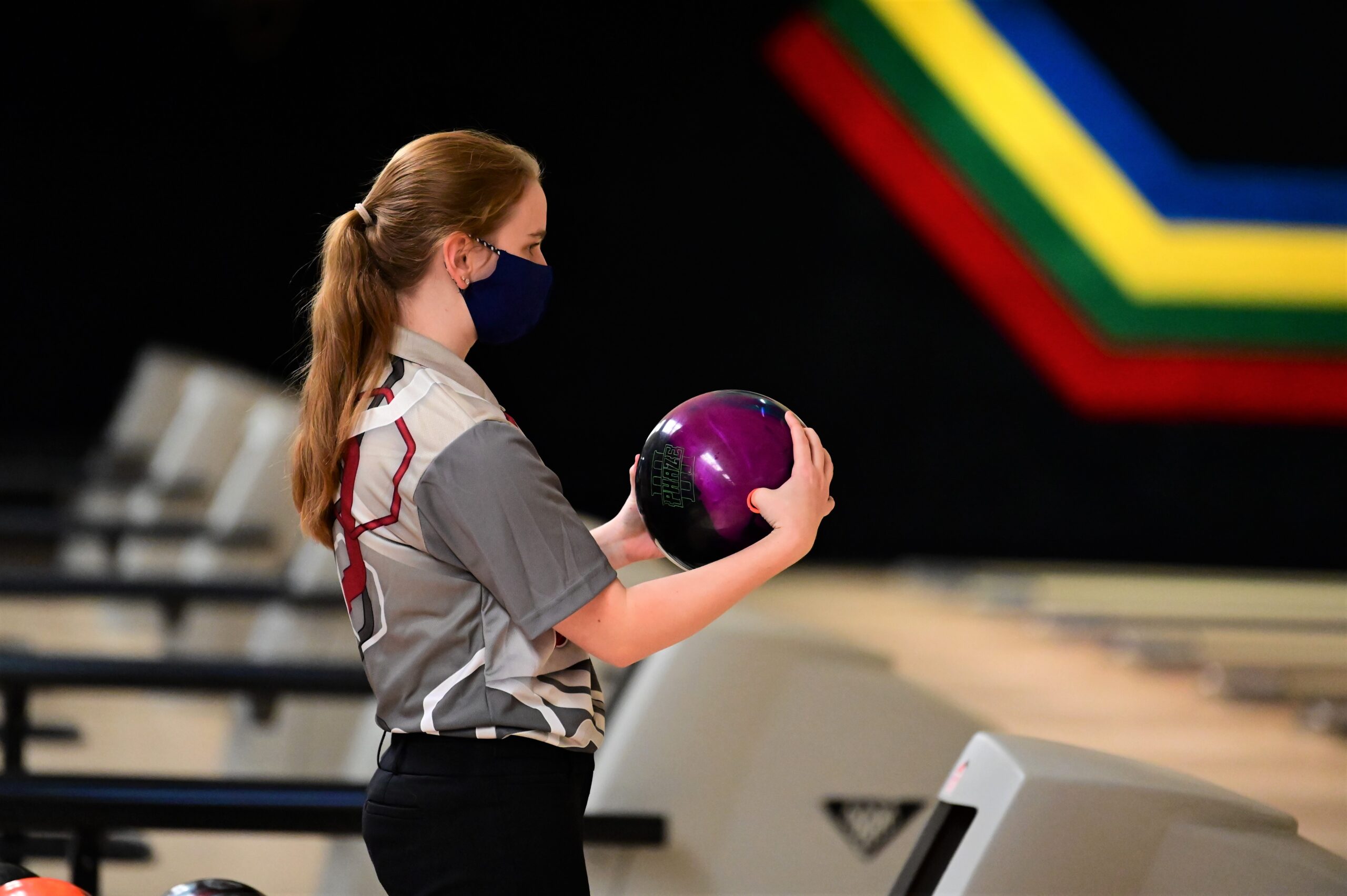 Isabel Tetmeyer has been the top bowler for the Ankeny girls’ bowling team ever since she joined the varsity lineup as a freshman.

It’s no surprise, then, that a slew of college coaches was interested in her.

Grand View coach Melody Felton was one of them, and Felton was thrilled when Tetmeyer decided to join the Vikings’ program. She signed her letter of intent on Tuesday before Ankeny’s dual meet against Fort Dodge at Great Escape.

“I looked at five colleges because very few colleges offer bowling and my major I plan on going into,” Tetmeyer said. “I’ve known Melody for a very long time. She has helped me understand college bowling, and that is the main thing I like about Grand View.”

Tetmeyer, the daughter of Kelly Kearney and Todd Tetmeyer, has helped the Hawkettes to a 2-0 start. She leads the team with a 409 average.

Tetmeyer placed second at junior gold in 2019, finished first at the Iowa Games and placed in the top three at the Pepsi Games.

“We are very excited to have Isabel join our Viking program next fall,” Felton said in a statement. “Over the past four years, Isabel has excelled as a high school bowler and she will be a strong addition to our team.”

Tetmeyer plans on pursuing a degree in biochemistry.

“I like how the bowling team is like a mini-family and how they help each other,” she said. “Grand View also has a great science program which I’m excited for. So I guess what I’m trying to say is that I like everything about Grand View.”