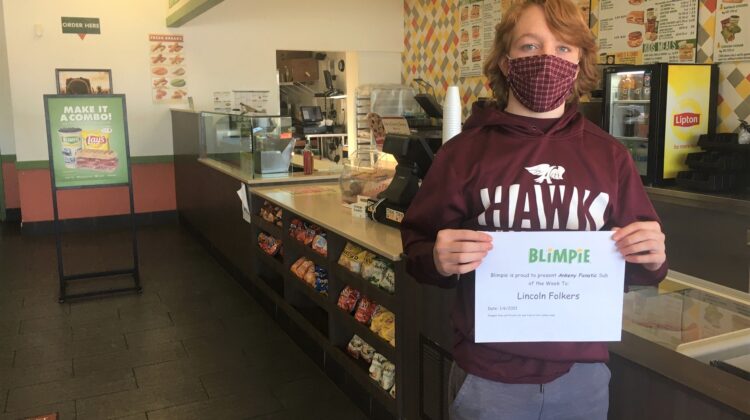 Sophomore Lincoln Folkers is a member of the seventh-ranked Ankeny wrestling team. He has helped the Hawks to a 2-3 dual record.

Folkers played a key role in Ankeny’s 34-31 victory over No. 10 Dowling Catholic on Dec. 22. He pinned Connor Dabney in 1 minute 39 seconds, providing six crucial team points for the Hawks.

“Lincoln is undersized at 132 pounds and has had to wrestle some really tough kids,” said Ankeny coach Jack Wignall. “He doesn’t complain. He just goes out and wrestles. He got his first win against Dowling, and that was a big one.”

Folkers and the Hawks will travel to Ames on Thursday for a CIML Iowa Conference dual meet against the Little Cyclones.