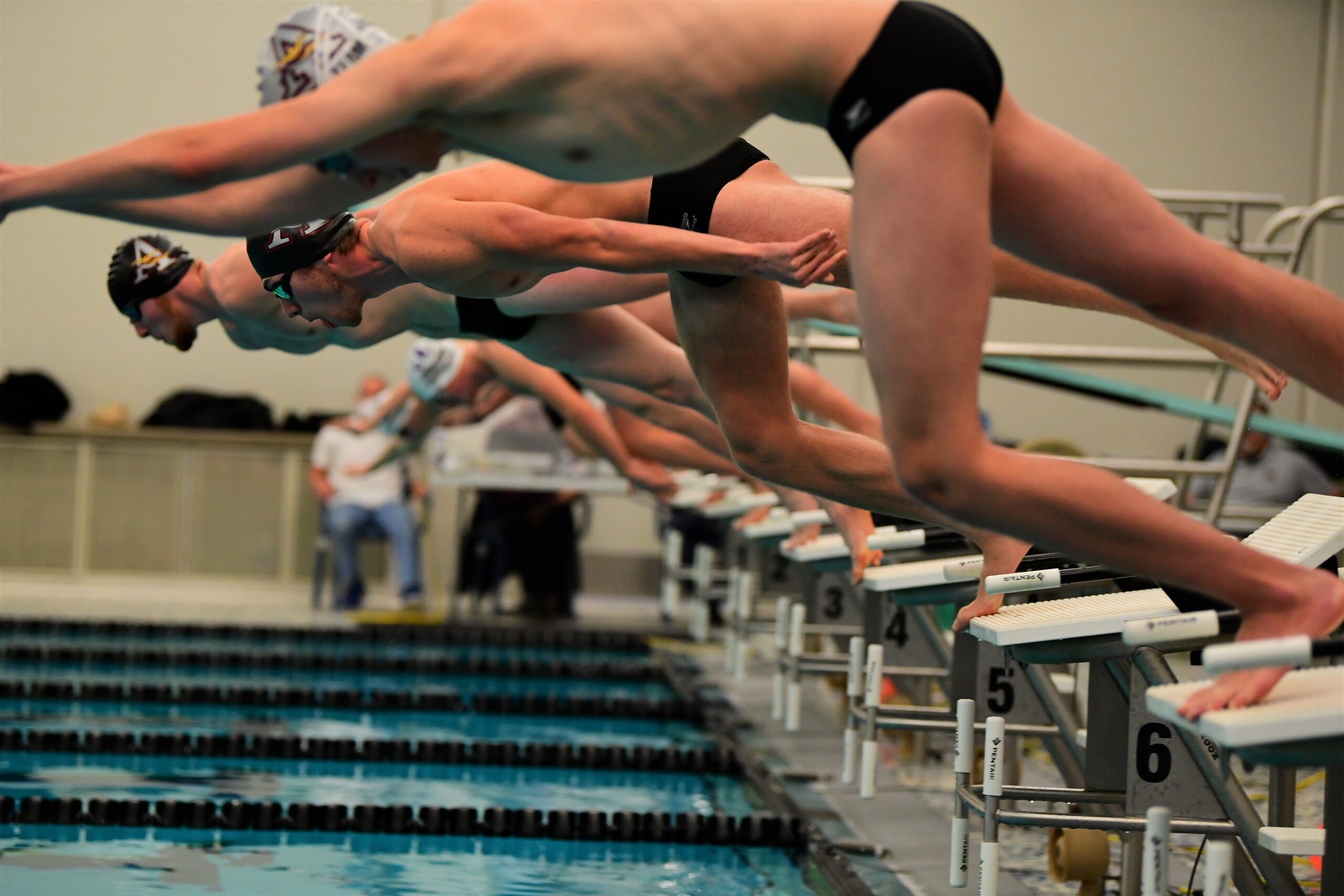 The Ankeny boys’ swimming team didn’t receive much of a test from visiting Indianola on Tuesday.

The Hawks, though, had plenty of competition amongst themselves at Trail Point Aquatics Center.

Second-ranked Ankeny dominated the non-conference dual meet, winning 10 of the 11 events en route to a 128-42 victory. The Hawks raised their overall record to 3-1-1.

The best race of the night came in the 200 freestyle, where Ankeny’s Trent Frandson–the two-time defending state champion in that event–was nearly upset by teammate Lance Swanepoel. Frandson won the race in a time of 1:46.00, edging Swanepoel by .10 seconds.

Another Ankeny swimmer, Zane Holmen, placed third in 1:55.07. It was one of four events where the Hawks swept the top three places.

“It was good to get back in the water and swim in a meet after getting beat in our last meet (against Waukee),” said Ankeny coach Justin Crouch.

Will Bennett and Frandson each won four events on the night. Bennett swept the sprint events, winning the 50 freestyle in 22.13 and the 100 freestyle in 49.04.

The Hawks also won the 200 medley relay in a time of 1:41.41. That team consisted of Stukerjurgen, Josh Deaton, Weston Miner and Schwebach.

“I was proud of the effort in the win, but we know it is going to be a long week with two more meets this week,” Crouch said. “We are just trying to get guys healthy and ready for the end-of-the-season run, which right now seems like it is a long ways off but it will be here sooner than we realize.”

Ankeny will travel to Fort Dodge on Thursday for a CIML Iowa Conference dual meet against the Dodgers. The Hawks will then host a non-conference meet against No. 6 Linn-Mar (Marion) on Saturday.