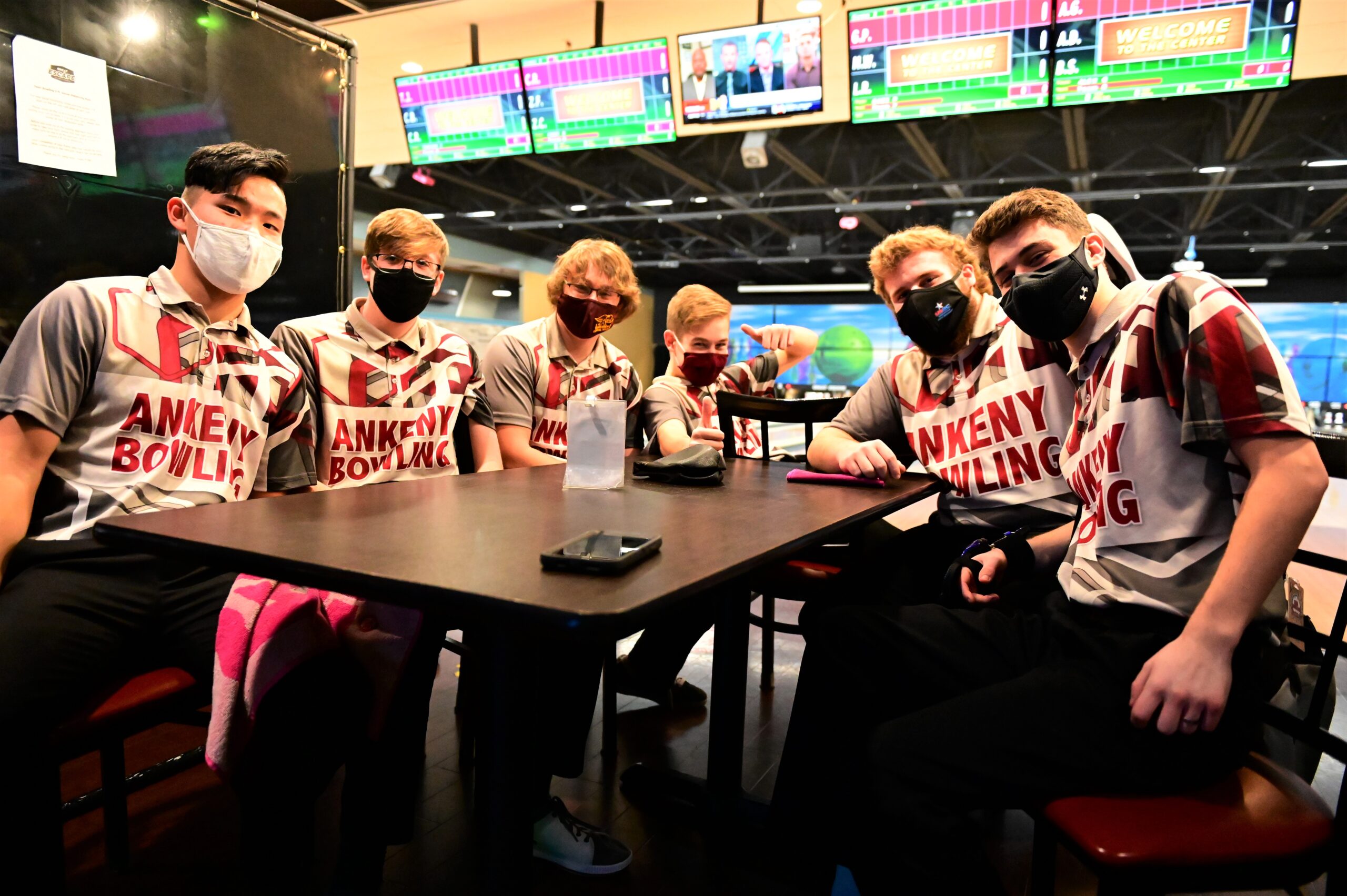 The Ankeny bowling teams celebrated their Senior Night on Tuesday by sweeping Des Moines Roosevelt in a non-conference dual meet at Great Escape.

“The boys are gaining momentum at the right time,” said Ankeny coach Lane Richtsmeier. “Our spare shooting is improving every single day, and I think the kids can see that all the hard work is paying off.”

The Hawks nearly matched their season-high score of 2,900 that they set against Ottumwa last Wednesday. They easily surpassed their season average of 2,736.

Alex Gates was the team’s top scorer for the second straight meet. He bowled a 391 series.

“The girls are on fire and bowling really well,” Richtsmeier said. “And I’m just trying to stay out of their way!”

Isabel Tetmeyer led the way with a season-high series of 439. She was the team’s top scorer for the sixth time in nine meets.

The Ankeny teams will travel to Mason City on Friday for a CIML Iowa Conference dual meet against the Mohawks at Mystic Lanes.