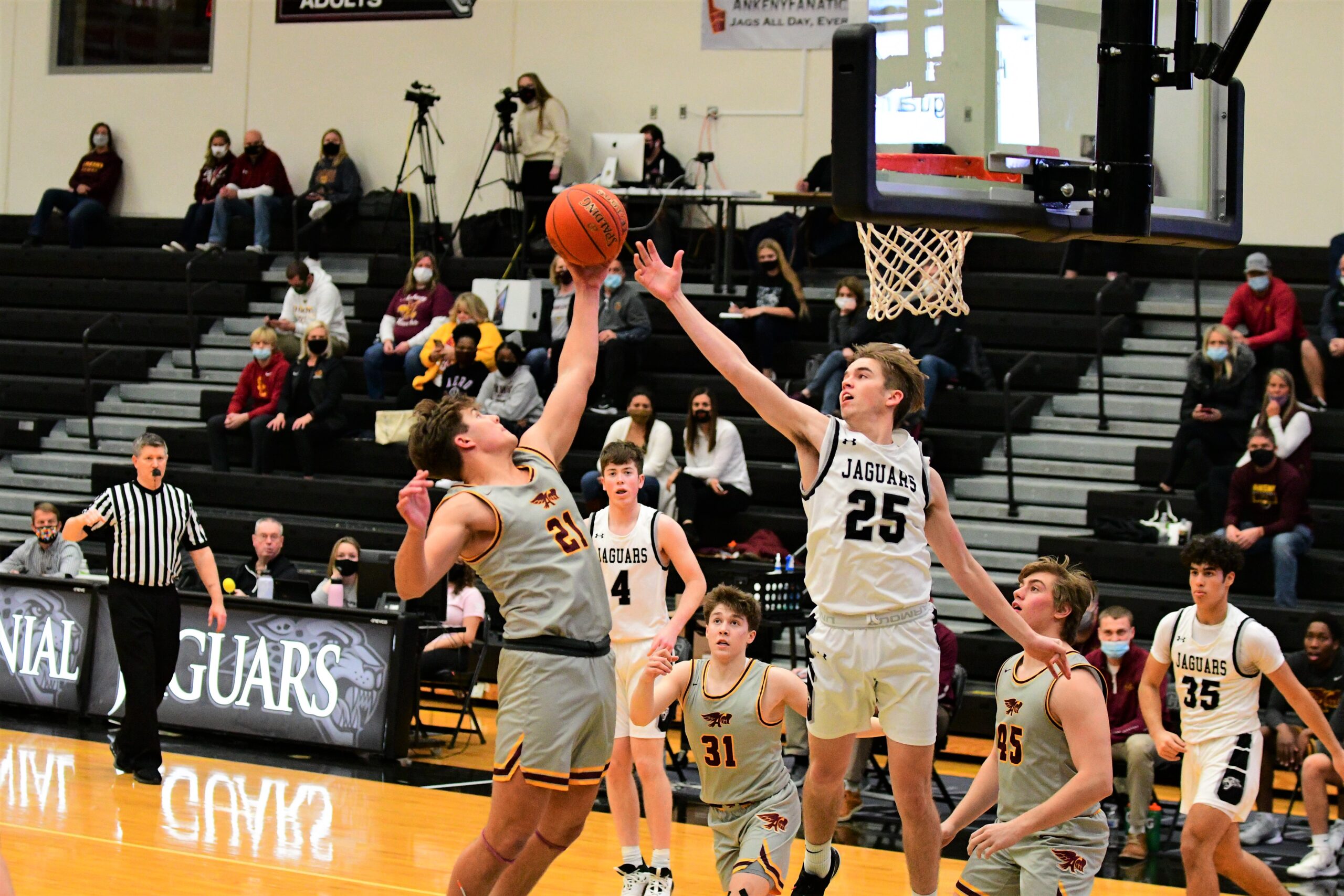 The boys’ Class 4A substate basketball pairings have been announced by the Iowa High School Athletic Association.

Centennial and Ames could meet for the third time this season. The Jaguars posted a 55-53 victory at Ames on Dec. 22, but the Little Cyclones won the rematch at Centennial, 56-46, on Friday.

Norwalk won the Class 3A state title a year ago behind all-state guard Bowen Born, who is now playing at Northern Iowa. The Warriors moved up to Class 4A this season.

The substate final will be played on March 2 at 7 p.m. at a site to be determined. Ankeny and Waukee could meet for the third time this season in what would also be a rematch of last year’s Class 4A championship game, which was won by the Hawks.