You are here: Home / Hawks / Winter / Girls' Basketball / Jaguars earn No. 1 seed in Region 5; No. 2 Waukee stands in Ankeny’s path to state 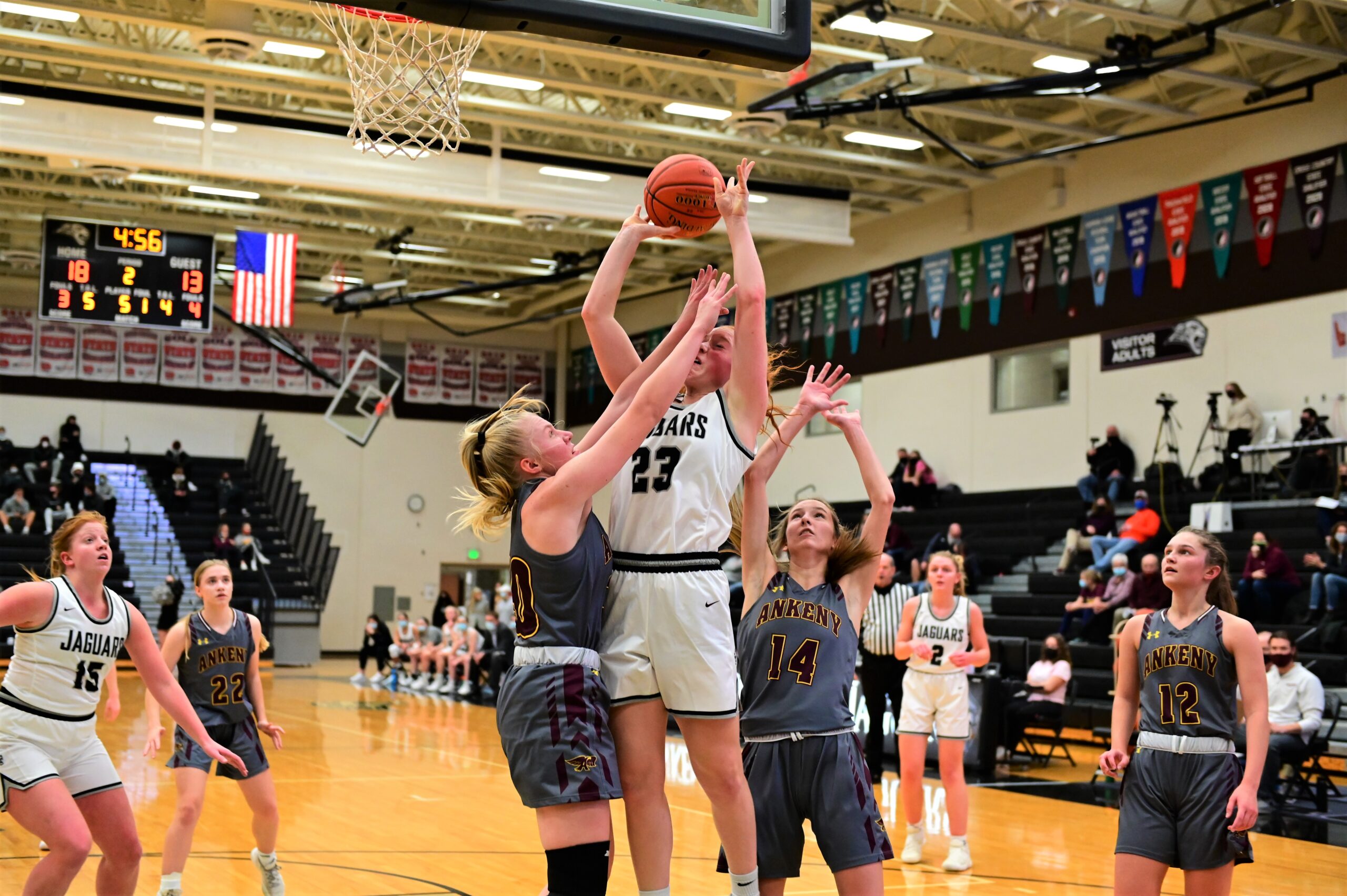 The wait is over for the Ankeny and Ankeny Centennial girls’ basketball teams.

The Hawkettes and Jaguars now know their postseason opponents.

Fifth-ranked Ankeny Centennial (12-2) earned a No. 1 seed in Class 5A Region 5 and will host a semifinal game against Urbandale (3-7) on Saturday, Feb. 20 at 7 p.m. The two teams have not met this season.

Centennial will host Roosevelt in its regular-season finale on Saturday. It could be a preview of the regional final to be held 10 days later.

Ankeny and Ames could meet for the third time this season. The Hawkettes posted a 66-55 victory at Ames on Jan. 23 and will host the Little Cyclones on Friday in their regular-season finale.

Ankeny dropped an 81-38 decision at Waukee on Dec. 21. A second meeting between the two teams was cancelled last month due to some COVID-19 issues with the Warriors, who paused their season for three weeks.